Back on Feb. 22, 2019, the Special Olympic Winter Games welcomed their athletes with a grand opening ceremony. The event took place in Rochester, NY as hundreds of athletes competed in six different winter sports.

The Winter Games are part of the Special Olympics New York Division where athletes from different regions of New York come together to compete.

“Athletes [participating] ... develop their own character, make friends and find unknown wells of determination within themselves,” the Special Olympics wrote on their website.

This event gives athletes with mental disabilities a chance to participate and compete in various sports such as skating, skiing and snowboarding. The athletes come from diverse backgrounds and skill sets and are celebrated through the showcase of these cold weather sports. It's an exhilarating experience and a great chance for everyone in the community to get involved.

Athletes and spectators alike went to various locations throughout the Rochester area to compete and watch the events unfold, all within a reasonable distance from RIT.

Although the event has already ended this year, there is still an opportunity to get involved in the future as this is not the first time RIT has been a part of the Winter Games.

In 2018, RIT had also collaborated with the Special Olympics to help cover the events scattered throughout Rochester. The volunteer work in 2018 was only available to Photojournalism majors as a way to give them some experience for their particular field. Students were supervised as they took photos during the event and helped the Special Olympics manage a website to archive their coverage. This year, RIT was able to participate once again.

RIT sent students to help cover the sporting events throughout the city. Most of the coverage during the event was through these students, who took photos and quoted athletes. However, this year — in addition to managing the website like before — students helped organize the Special Olympics' social media as Boris Shirman, fourth year Photojournalism major and co-producer of the event, explained.

“Just like any cooperation would, we worked with [the Special Olympics] to do a live website,” said Shirman. “Updating social media and just covering the events as they happened.”

This was not the only change that occurred. Jackie Diller, a second year Photojournalism major and another co-producer for the Winter Games, helped coordinate and organize the students in the various sights they were positioned.

“[This year] we wanted to include more majors into our coverage,” said Diller. “We really want to push for people in different majors to help out in their respective fields.”

For example, Shirman explained how Museum Studies majors helped run the website. Journalism majors helped with writing and photographing during the event as well.

“[RIT students] volunteered to create teams to do photo coverage ... we created small teams for the different locations for each event, and even took portraits of the athletes and videos [of the events],” said Diller.

Not only were these students helping the games, but the games gave many students valuable experiences in return. Photojournalists, for instance, were able to see their subject react to their work in real time, and for Diller this was a satisfying scene to watch.

“We were posting our photos up on the wall during the closing ceremony,” Diller said, “and seeing the athletes coming back and seeing their reactions to [the photos] was so fulfilling and such a positive experience.” 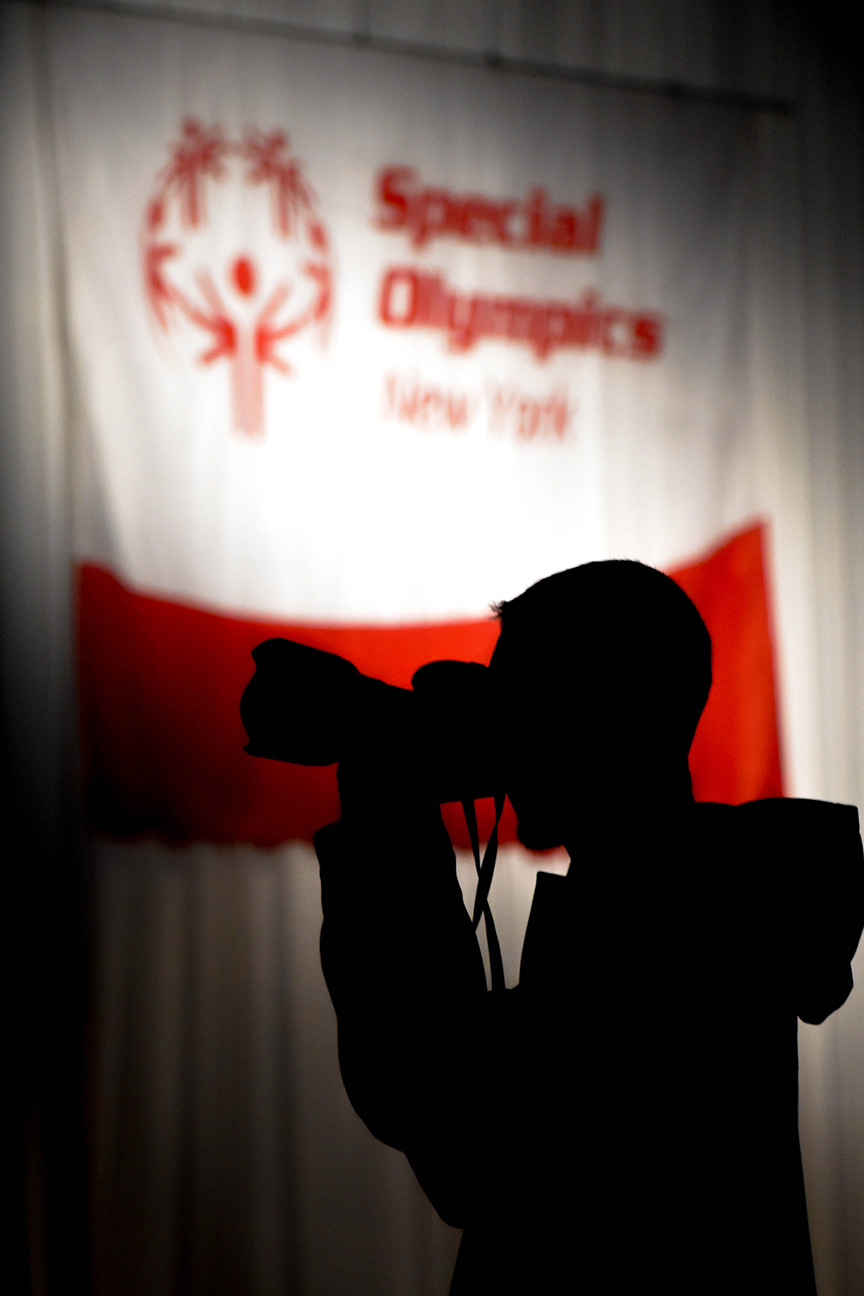 During the games, students operated in real time throughout the event. This included taking photos of athletes and the sports alike, as well as overseeing the social media of the Special Olympics. At the same time, there were certain spaces dedicated to printing out these photos that the students took throughout the event.

Shirman also described the meaning he took in regards to the Winter Games.

“[The Special Olympics] gives athletes with intellectual disabilities a chance to compete and challenge themselves in games,” he continued, “But it’s more about [the games]. It’s about the camaraderie and ... athleticism overall.”

The Special Olympics, simply put, is an event to celebrate athletes that aren’t as represented in mainstream media. With RIT’s cooperation, the two groups tried to promote the event as a way to inform people of the Games, and give the athletes the recognition they deserve.

What the Future Holds

The next Special Olympics Winter Games will be hosted once again in the Rochester area in the coming years. Both Shirman and Diller believe RIT will continue to volunteer students to help out, no matter the major.

“Just try and get involved,” Shirman said. “We had people outside of our major this year [helping out]. If you’re interested in photography at all you can come and shoot for us, you’ll learn a lot from the experience.”