CDC, Why Take the Risk of Being Condescending to Women?

Pregnancy is terrifying. There are lists of substances and activities you should apparently avoid if you have an unborn fetus inside of you in order to avoid permanently damaging it. The internet claims that anything from hard drugs (obviously) to eating cheese to hot tubs can cause developmental issues that will affect the child for its whole life.

One particular danger is often cited, however, because its effects are entirely preventable: alcohol. For years, women have been warned of the (very real) risks of Fetal Alcohol Spectrum Disorders (FASDs) that can result from a future mother imbibing alcohol during her pregnancy.

Enter: the Centers for Disease Control and Protection (CDC), who decided to take this important health concern to a whole new level by announcing recently that it is not only pregnant women who should stay away from alcohol, but any women who “might be” pregnant. Yes, you read that right: any woman of child-bearing age who is not on hormonal birth control, according to a government agency, should not partake in a huge part of American culture — because, after all, "why take the risk?"

The report itself reads “More than 3 million U.S. women are at risk of exposing their developing baby to alcohol because they are drinking, having sex and not using birth control to prevent pregnancy,” implying in the process that women are essentially ticking time bombs who should structure their entire set of behavioral patterns around the possibility that they might be pregnant, regardless of whether or not they want to be pregnant in the first place.

Taking a step back, I do believe that knowing about FASDs is extremely important for a woman who is pregnant or trying to become pregnant. In no way do I believe that we should ignore the medical advice of institutions such as the CDC or pediatricians.

I also understand that the issue itself is complicated. No one seems to know exactly how much alcohol is harmful to a fetus. The American Academy of Pediatrics states in a report that “during pregnancy, no amount of alcohol intake should be considered safe,” but the Wall Street Journal says that the results of several studies have found that a small amount of drinking during pregnancy will have no effect on your fetus. Some people seem to think that it’s safe to drink in moderation during the first trimester. There is no concrete line that says “Stop Drinking Here to Save Your Baby.”

However, I do take serious issue with the way in which the CDC handled this announcement. The original infographic they put up with the article has been changed due to the resulting outcry, but here is what originally appeared from the Washington Post: 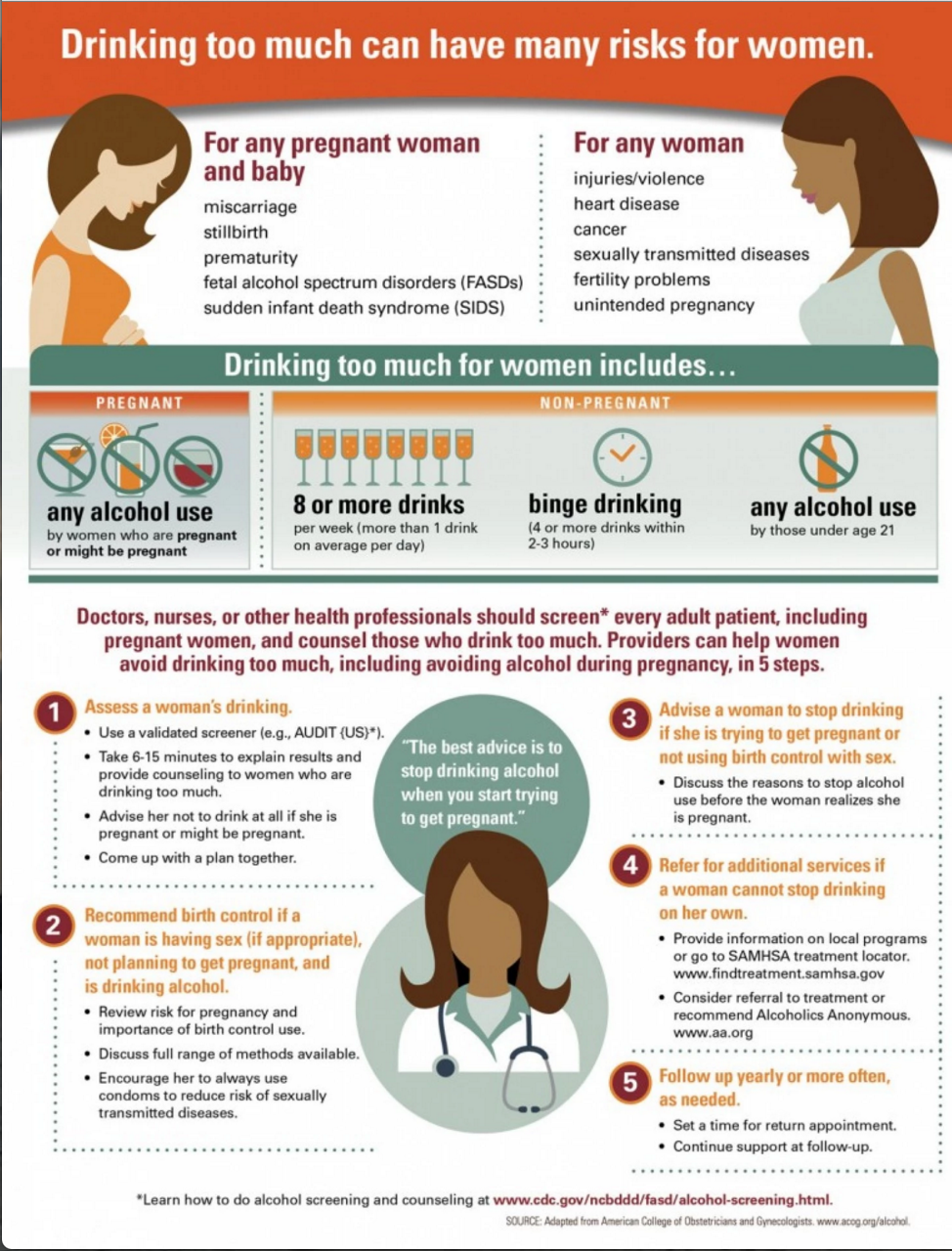 One of the most problematic parts of this infographic, which has been removed in the revised version, is under the risks “For any woman” on the right side of the infographic. This section lists possible repercussions of "," which apparently include unintended pregnancy and sexually transmitted diseases. I, personally, had no idea that alcohol was responsible for either of those things and I vehemently wish that someone had told me earlier.

While I am glad that the CDC has at least acknowledged the outrage associated with this infographic and its condescending advice, I can’t help but wonder how many people looked at it and how lengthy of an approval process it had to go through before it was published. Entire teams of people looked at the condescending language repeatedly and saw no issue with it and that literally blows my mind. The pervasiveness of insensitivity to sexism, especially when it comes to talking about women’s bodies, is sickening to me.

Not only that, the article flippantly mentions birth control without mentioning the various common side effects that hormonal birth control can have, including weight gain and mood swings. It affects everything from how you feel on a day-to-day basis to how difficult or easy it is for you to gain muscle. Each brand of birth control affects every single person in a different way and deciding to begin taking birth control is a serious personal decision that should in no way be a prerequisite for alcohol consumption.

The internet quickly responded to the CDC with disdain that sometimes bordered on rage: 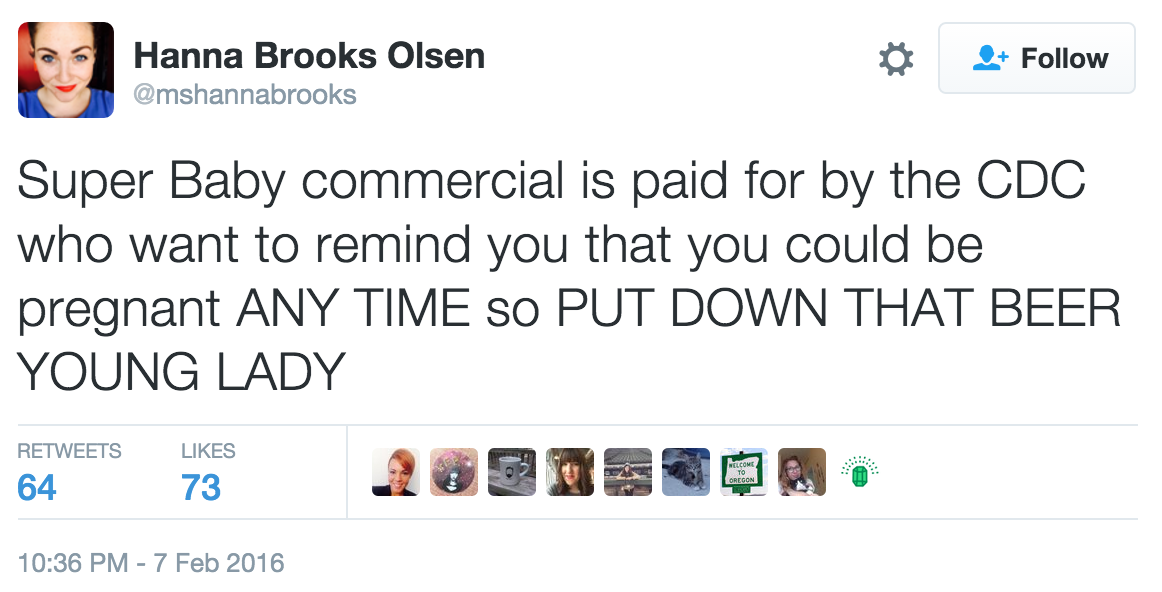