Science, technology, engineering and mathematics (STEM) are the driving forces of the modern world. Behind these forces are inspiring people, such as Marie Curie, Rosalind Franklin and Ada Lovelace — women who overcame the challenges of their time to advance our understanding of the world and ensure better lives for humanity. Progress has been made in STEM fields; however, women still work especially hard to overcome gender-related stigmas. Yet, this hasn't stopped many RIT students from thriving.

"Break all the walls down, and break the mold, and show the people here you are and you can do it." 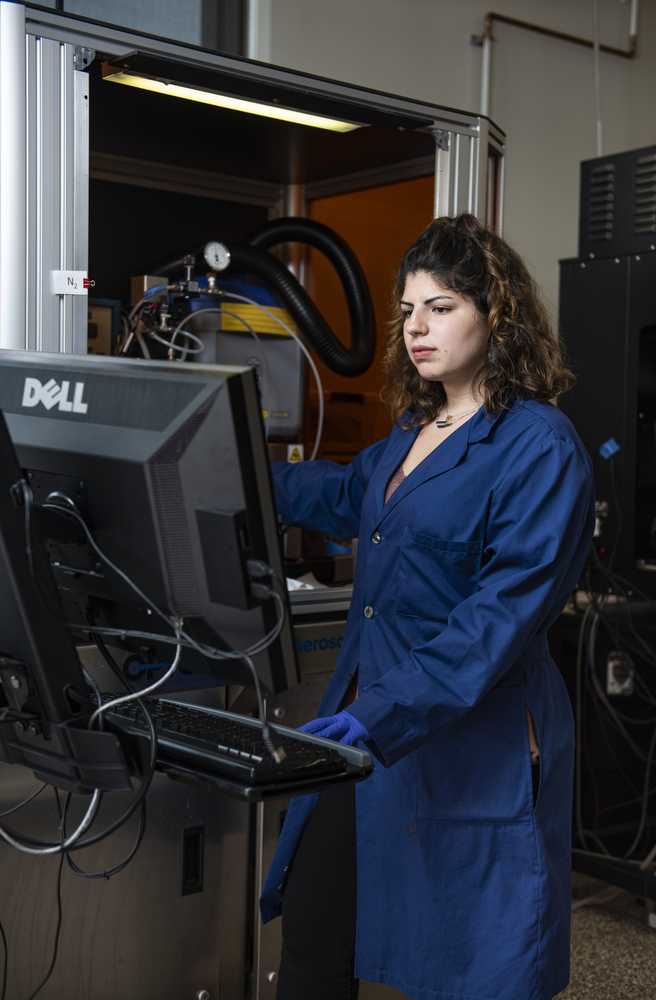 Amanda ‘Mandy’ Marotta recently graduated with a master's degree in Chemistry. Her past research explored additive manufacturing techniques of lead zirconate titanate (PZT), a piezoelectric material — meaning it accumulates charge due to mechanical stress. To this end, after trying several other unsuccessful methods, she created a sol-gel of PZT and printed it into a thin film using an inkjet printer in the AMPrint center.

“Currently, PZT is prepared using powder based methods which not only ... are hazardous because that means you’re dealing with a powder of lead, but it also means you're inhibiting yourself for additive manufacturing purposes,” Marotta said.

So what’s next for Marotta? She’ll be entering a Materials Science Ph.D. program at Montana State University.

Despite being the only woman of five Ph.D. students going into the program, Marotta tries to keep a positive outlook on the subject and focus on what she does best.

“I find that if I make myself seem like I am better than them ... then when I make a mistake it's going to highlight more that I'm a female in STEM — whereas if I know my strengths, I'm just like everybody else,” Marotta said.

"I'm imaging patients with breast cancer ... And that has ... been a little heavy sometimes." 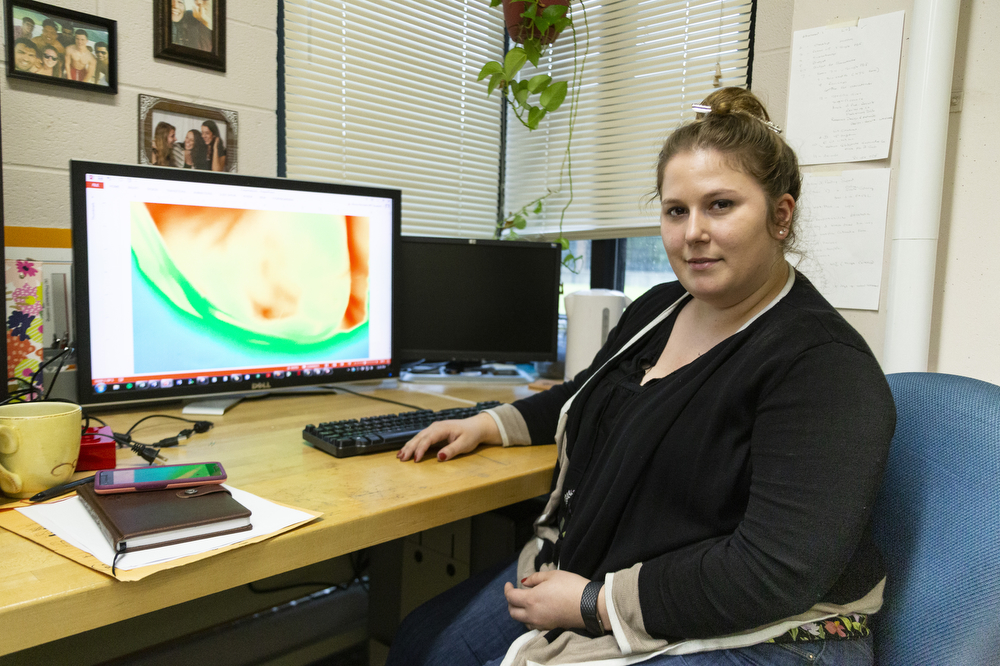 “Basically the method is completely non-invasive; we don't have to touch the patient, it doesn't involve any radiation like mammography does and the way we're screening is a newer way of screening than previously used,” Recinella explained.

In applying her knowledge of thermal principles to a medical issue like breast cancer, she encountered a steep learning curve.

“The first really two years of my Ph.D. was all just strict learning,” said Recinella.

Historically, the use of thermal imaging to detect breast cancer has not been well regarded due to faults in early studies, leading Recinella to encounter a lot of rejection when attempting to get funding for her research.

“The biggest hurdle has been convincing other people that this is different from what all the other people have done, and that we're looking at this with a scientific viewpoint,” she said.

Despite these hurdles, Recinella and her lab mates have managed to make progress, with Recinella herself working on the clinical side of the research and directly examining patients.

“I'm imaging patients with breast cancer so [when] a lot of these women come in, they're about two days away from sometimes getting a full mastectomy,” said Recinella. “And that has ... been a little heavy sometimes.”

“Break all the walls down, and break the mold, and show the people you are here and you can do it,” said Samantha Sorondo, an Industrial Engineering Ph.D. student.

Sorondo is currently working on metals and polymers under the supervision of fellow Puerto Rican, Dr. Iris Rivero — the new head of the Industrial Engineering department.

“I did my bachelor's at the University of Puerto Rico Mayagüez,” said Sorondo. “I got an email where Dr. Rivero was requesting Ph.D. students and I replied, so that's how I ended up here.”

Having just started in the program during the Spring 2019 semester, Sorondo is still getting her bearings by working on additive manufacturing projects in both metals and polymers.

“I hope my focus will be metals since I really like them," Sorondo said. "I've taken welding classes, I've taken materials science classes and I find that metals are really attractive to me in the sense that they have been studied so much but I feel like there's so much to do."

Sorondo has faced challenges associated with being a woman in STEM, particularly in engineering, such as impostor syndrome — a feeling that one doesn't belong, or that one's accomplishments are invalid. But she hopes to inspire others.

“Overall, my end goal is to be a professor and work in academia doing research,” said Sorondo. “What's on my shoulders is to be a good representation, so that I can open up the pathway for more women to go into STEM, and inspire other young women to [know] that they can do anything they want."