Join in on the RIT Pep Band and Corner Crew Hype

If you’re one of those new students who wants to "fit in" and attend the spectacularly beautiful experience that is RIT ice hockey, but don’t know the corner crew chants and how to play along with the Pep Band, or even what they are, this is the article for you!

The RIT Corner Crew is a dedicated group of students, alumni, faculty/staff and passionate locals who support RIT Men's and Women's Hockey.

RIT Pep Band is a group of student musicians from all academic fields. The band plays for both Men and Women Division I hockey events during the regular and post season events, as well as Men’s Division III lacrosse events. The band also performs during campus activities such as Imagine RIT, Springfest, Brick City Homecoming and Tiger Den events. Recently, the band has started branching out into Rochester community events.

To avoid embarrassment, listen to the chants before joining in and read on to learn the basics.

On Oct. 6 the Orange vs. White game took place. This is a game in which half of the men's team (orange) plays the other half (white). The game was a fundraiser benefiting the Red Cross Relief Funds through RIT's United Way Campaign and practice for the exhibition on Oct. 7 against Brock University.

While the audience at the Orange vs. White game wasn't as large as most regular matches, the Pep Band was still there to keep everyone excited.

Pep Band often plays Freebird, because of its instantly recognizable electric guitar solo; upon hearing it the Corner Crew instantly waves around flashlights. Similarly, after every goal, one can expect to hear Eye of the Tiger being played, according to Meghan Detwiler, the conductor of the Pep Band and a fourth year in a BS/MS program for Chemical and Material Science and Engineering.

The Pep Band and the Corner Crew are two groups of RIT students that really know how to elevate the hype at games. Both exist to raise school spirit, but their cheers are also meant to keep those on the ice motivated. Above all else, their rallying of the crowd is meant to cheer on each hockey team to victory. Although, to be a part of it, you must support the team and have a basic understanding of the game. Both can be learned with a few games and Google searches. During games, members of the Corner Crew skillfully use signs, pom poms and megaphones to communicate with spectators what cheers to yell and when to yell them (something very helpful to new students).

However, Jeff DiVeronica, the sports striker writer of the Democrat & Chronicle had one critique of the Corner Crew and Pep Band.

“The only issue with the great facility that is the Gene Polisseni Center, the Corner Crew and the Pep Band is that teams love coming to our rink as much as they love having home games," he said. "RIT motivates the other teams almost as much as they motivate their own.”

Yet, for Detwiler this didn't seem like a cause for concern.

"Yeah, both teams get elevated but overall we help to create a better game for the players and for the people in the stands," she explained "That’s what we’re there for.” 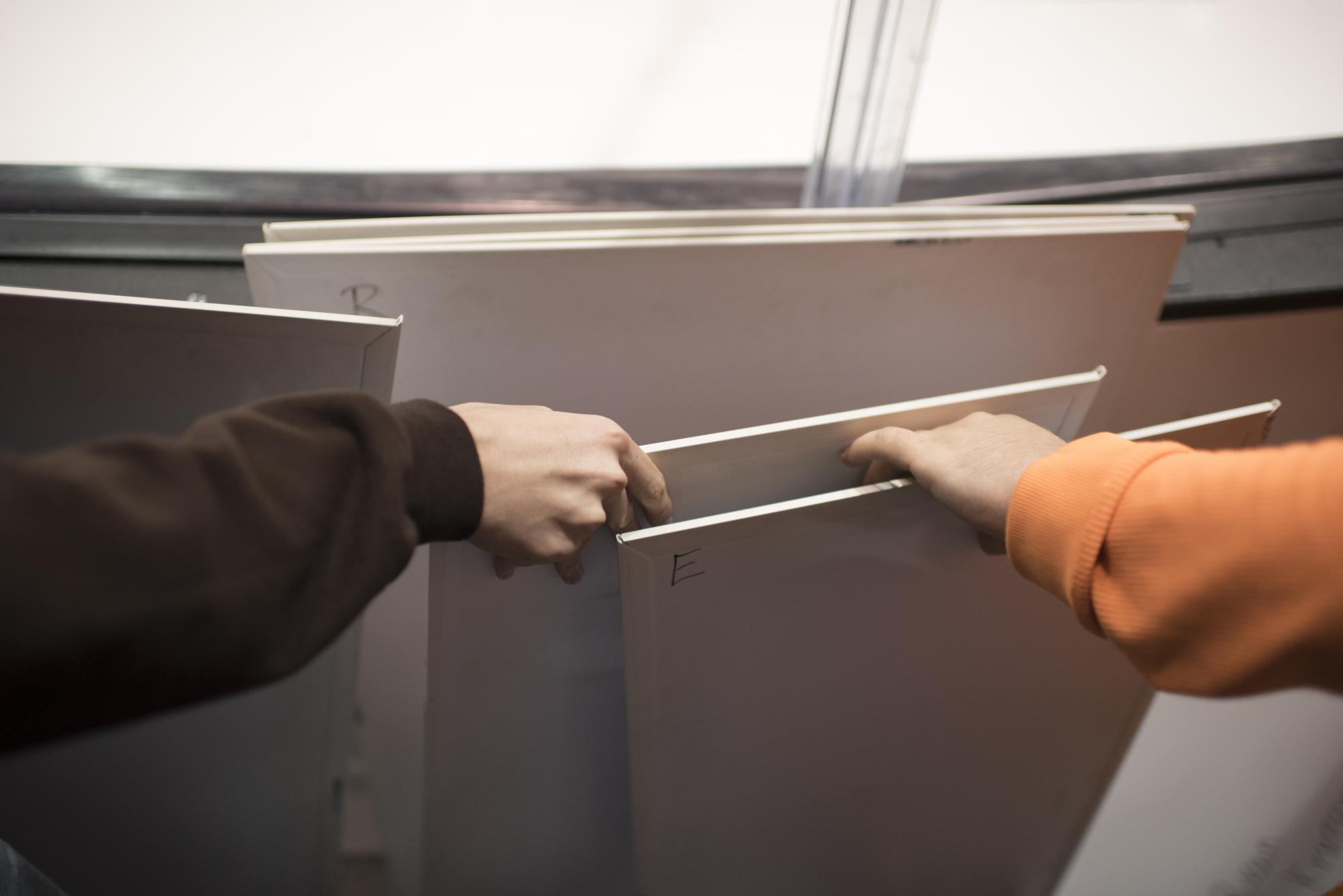 If you need to learn some songs, there is a Reddit page (r/rit) with all of the lyrics you could possibly need: just Google search “RIT corner crew lyrics.” That said, there are some easy-to-pick-up rules and fundamentals for singing and cheering.

If you don't feel comfortable standing the whole game with the Corner Crew, sit next to them in section 119.

The above guidelines for being a member of the RIT Pep band or Corner Crew are just a few of the important aspects. Being a member of either of these organizations is a great way to show your school spirit and adds to the RIT hockey experience overall. Most importantly, have fun.