On Friday Nov. 2, 2018, RIT hosted a mental health forum to address student concerns about healthcare accessibility after a student’s untimely death by suicide on Wednesday, Oct. 31, 2018. The ratio of students to therapists has become unsustainable in recent years, according to student concern. Counseling and Psychological Services (CaPS) only hosts seven counselors and the Student Health Center (SHC) one psychiatrist for the entire campus. There are an estimated 19,000 undergraduate and graduate students enrolled at RIT.

According to students at the forum, mental health resources on campus have been under great stress. In many cases, students who attempt to schedule their first appointment have been met with an estimated one month wait until the next availability, unless they are in “dire” need of treatment — cases in which the student is in imminent danger of self-harm. Students at the forum also noted that they have experienced a semesterly cap on their appointments, finding the time between appointments being stretched further apart and have been recommended to go off campus for long-term care, despite not receiving any official referral.

RIT is not only under scrutiny for their lack of resources, but also for its response to the incident. At first, students received a vague message hours after the incident. A subsequent follow-up was sent out the next morning. The family of the student has asked for privacy; however, the public manner of the incident as well as the presence of witnesses meant the information had already spread throughout the student body. Professors also found themselves unaware of the events that occurred, only being notified by the same email.

The uproar about CaPS, coupled with a PawPrints petition signed by over 3,000 students to increase funding for mental healthcare, pushed RIT to respond. The mental health forum was initially scheduled to be held in Fireside Lounge, but due to the massive attendance it was relocated to Ingle Auditorium. Hundreds packed the seats and some even stood in the back or sat on steps. Sandy Johnson, the senior vice president of Student Affairs, went on stage and made a brief statement before she listened to student concerns for about three hours. 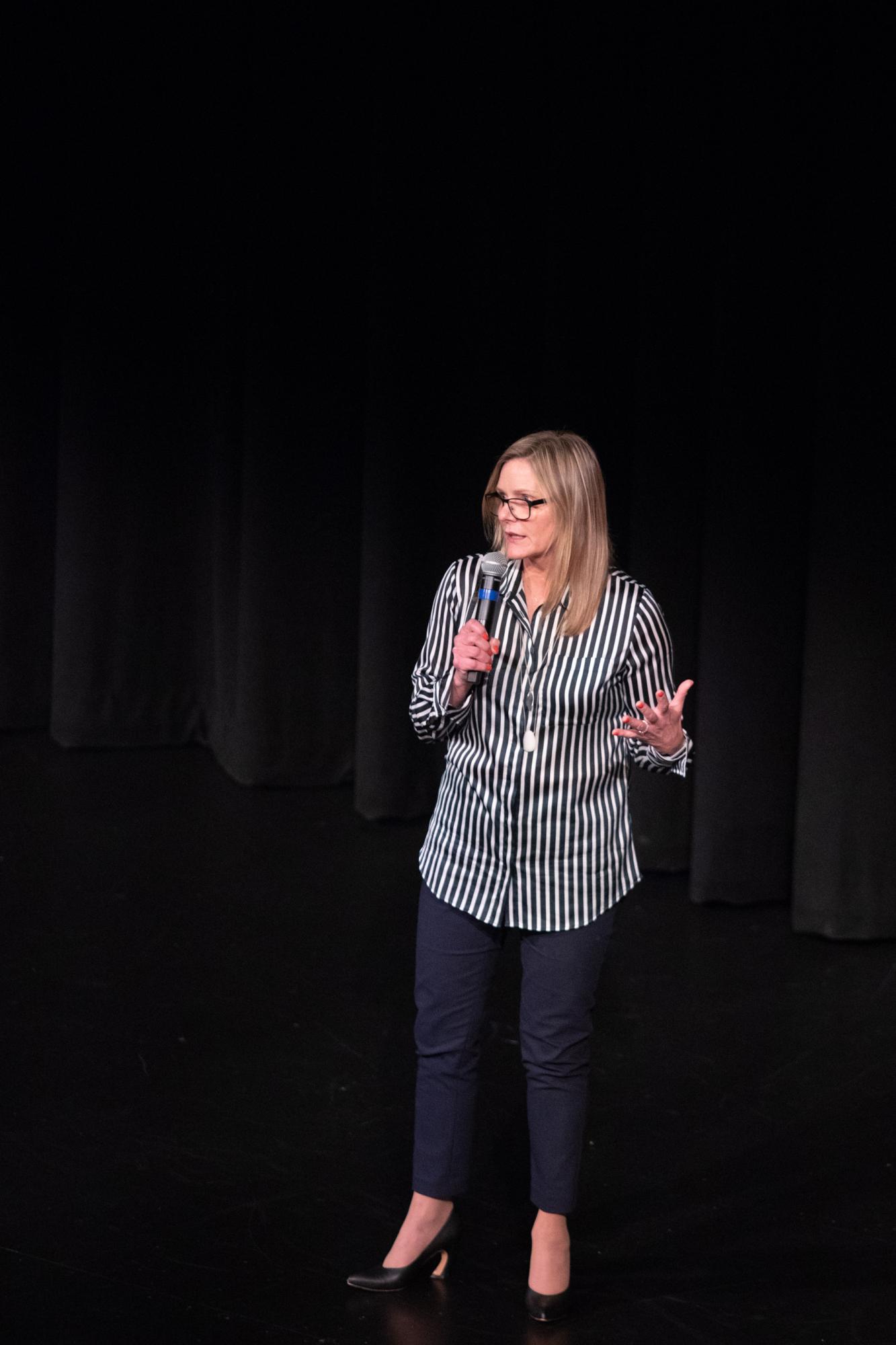 “We are here to listen,” was how Johnson began the talks. It should be noted that other than the interpreters, Johnson stood on stage alone. President Munson and director of CaPS David Reetz sat in the front rows of the auditorium.

Many students began their statements with “I wasn’t going to talk” but felt compelled to speak up after listening to the testimonies of their peers. Common concerns included the weeks-long wait times for an appointment, being forced off campus despite the student not having a vehicle, a lack of diverse counselors, a feeling of guilt for taking someone else's potential spot every time an appointment is made and the lack of allocation of funds from RIT's billion dollar campaign to mental healthcare.

Johnson and other administrators gave answers to these questions. They listened and took notes. Mental healthcare is a subject students on campus are very passionate about and groups are already organizing to pressure RIT even further to make lasting, positive change for the way students are treated.

In the days following the forum, President Munson sent an email to the RIT community detailing action steps that the administration would be taking to ensure better mental health care for all. As stated in the email, they were:

On Friday, Nov. 9, 2018 Student Government unanimously passed a statement in response to RIT's commitments to mental health improvements on campus. The statement called for a task force to be established to help create a plan to meet the improvements outlined by Munson's statement, reemphasized the need for diverse mental health professionals and called for the formation of a student advisory board within CaPS.