President Munson: A Year in Review

President David Munson poses for a portrait in his office on April 4, 2018. Photo by Lloyd McCullough

Dr. David C. Munson Jr., RIT’s 10th president, assumed the mantle of former President Bill Destler in the summer. With him came a new take on what RIT could become. As Munson’s first year in office comes to a close, he has seen his share of ups and downs and has laid out his plans for the upcoming years.

"Bill [Destler] has been a great fellow and he really was a welcoming person," Munson said. "We’ve grown close since my time here. It didn’t take long for that friendship to be established.”

Destler left a lasting legacy behind him. He made changes and implemented numerous programs that enriched the university. He also had a direct connection with the student body of RIT. It’s not uncommon to see students in Destler shirts or​ sharing his banjo mixtapes. He held many live performances in the Ingle auditorium.

“I really admired Bill’s sense of playfulness," Munson said. "We have a cultural situation here ... where we invent things ourselves. He recognized that this isn’t a 'normal' university and I have no intention of changing that. We want to do new things, and different things, and we want to keep encouraging that.”

Any new president comes with a vision — a notion of what direction they would like to take the institute in. It is based on this vision that the RIT Board of Trustees bestows the new president with the necessary powers and resources to bring that vision to life.

“RIT has students with passion and ideas, and a passion to implement those ideas,” Munson said.

He found that the university’s appreciation of the arts, even as a nationally lauded technical school, was one of the many ways it stood out from the pack.

“The core of the university is different from most," Munson said. "We have an underlying passion for the fine arts, despite being a technical school — and that’s not a recent phenomenon. Back when it was the Mechanics Institute in 1900 or so, we actually had five departments and one of them was Fine Arts, so we’ve had a strong tradition of blending different disciplines for a very long time, and that’s unique to our university.” 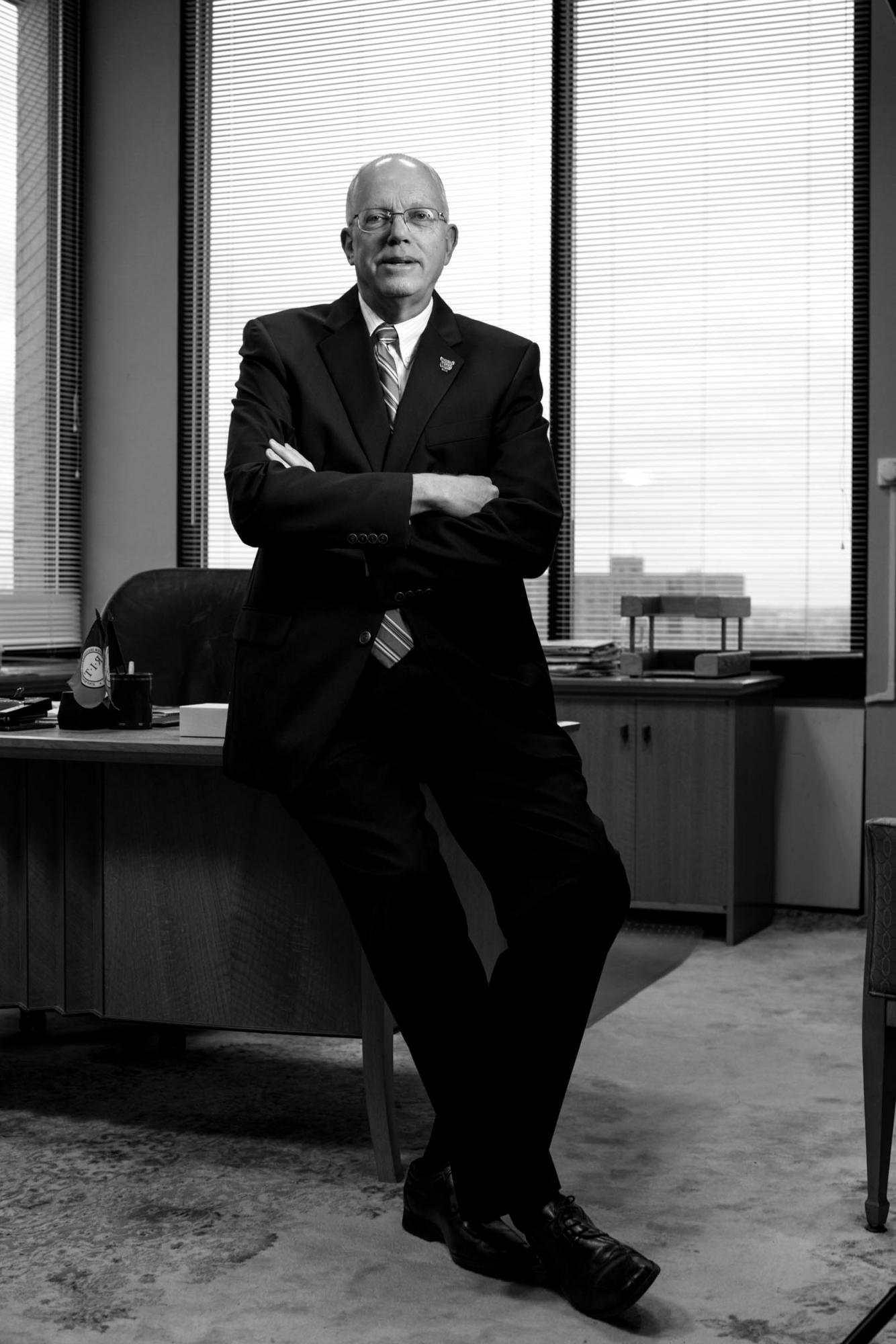 “Academically, we’ve been focusing on a strategic plan," Munson said.

As compared to his predecessor's expansive and ambitious plan, Munson's has fewer goals that are much more focused and achievable.

"Charting the future of the university has taken a lot of effort in these past few months,” Munson said.

Munson's plan outlines goals that will be implemented over the course of the next few years. There are four components to the plan: people, programs, place and partnerships.

"People" focuses on the RIT community. The plan is to promote innovation and creativity in an effort to bring in the best and brightest — be it students, faculty or staff.

"Programs" details the expansion of multidisciplinary opportunities and experiential education — that is, “education that takes place outside of the classroom,” Munson explained.

There is a focus on co-op programs and study abroad, as well as a plan to continue bolstering the institute’s research capabilities. This will include "not only funded scientific research, but scholarships and opportunities for students to flourish in the arts as well,” Munson said.

“I want to focus on the performing arts a lot more," Munson elaborated. "That includes music, dance and theater. However, with this being RIT, we’re also looking at promoting comedy, magic and other forms of nontraditional performing arts, as well.”

"Place" focuses on what the campus looks like and the atmosphere around it — how it feels to be here.

“We want it to be emblematic of the type of work we do,” Munson said.

He envisions an environment conducive to growth and development in the areas that the university is famous for, as well as an expansion into new areas.

"Partnerships" is about reaching out to the Rochester community and making connections for students to utilize, as well as reaffirming the university’s commitment to its five global campuses.

Since Munson’s arrival, controversies have brewed on campus that garnered not only the attention of those present on campus, but also those in the outside world as well. Earlier this year, the State Division of Human Rights determined that Dr. Annamaria Kontor of the RIT Student Health Center was likely discriminated against when she was terminated from employment for administering hormone therapy to transgender students.

“Anything that comes up on campus is dealt with on a case-by-case basis," Munson said, responding to the story. "Regarding services we provide in our student health center, we’re always reviewing what we offer and what we could do better, and so forth. In terms of hormone replacement therapy, that’s no different; we’re ultimately doing the due diligence to deliver services that are in the best interest of our students.”

Kontor has since opened a private practice in Rochester.

The new president fondly spoke of aspects of the university not related to academics as well.

“Our women’s basketball team made it into the Sweet 16, that was pretty good!" Munson said. "My wife and I tried to make it to at least one game for each of RIT’s teams. I always make it a point to walk down and hang out in the student section to catch the vibe ... and our band is good! They really do create the environment for the games.”

In closing, Munson had some advice for RIT students.

“Work hard, play hard. Don’t worry so much and, especially for the younger students, don’t over-stress. Keep working; get advice when you need it. It almost always turns out okay. Just keep moving forward."

Munson looks to continue Destler's sense of openness and the connection to students.

"If you see me around campus, come say hi," Munson said. "And I’ll conclude the way I always conclude, ‘Go Tigers!’”