With nearly half of its students living off campus, RIT has put in many safety measures to ensure the well-being of its commuters — blue lights lining pathways, ample sidewalk space and lighted walkways. However, some places on and around campus are not receiving the same treatment as others. Areas such as and parts of Andrews Memorial Dr. have little to no measures to protect pedestrian safety.

Multiple accidents involving student pedestrians have been reported on these roads, and just recently, a student was badly injured after being hit by a vehicle while walking on the side of one of these streets. These incidents have many students questioning what RIT and the town of Henrietta are doing to improve conditions for many of our students that walk or bike off campus. RIT and the town of Henrietta are in fact working together to solve some of these issues, though the process may take longer than anticipated.

Numerous students have noticed the darkened streets surrounding RIT, and some have submitted Pawprints petitions asking for better lighting on these troublesome roads. One of these petitions, titled  "Improve RIT and Surrounding Community Environment." was created by a friend of a recent victim of these hazardous conditions. It eventually gained 189 signatures, and received a response from Student Government (SG).

"Consider this petition as a call to action for RIT and the town of Henrietta to work together in improving roadside conditions for our community,” wrote (in the petition) Samuel Williamson, a fourth year Political Science major and the author of the petition. An additional petition written by second year Physician Assistant major Sami Berman asking for sidewalks to be implemented along Farnum Ln. (a street that connects East River Rd. to Andrews Memorial Dr.) received 116 signatures.

Students and local residents will be glad to know that the town of Henrietta is doing their part to improve these roads, or at least getting the process started, according to Deborah Stendardi, the vice president of Government and Community Affairs. 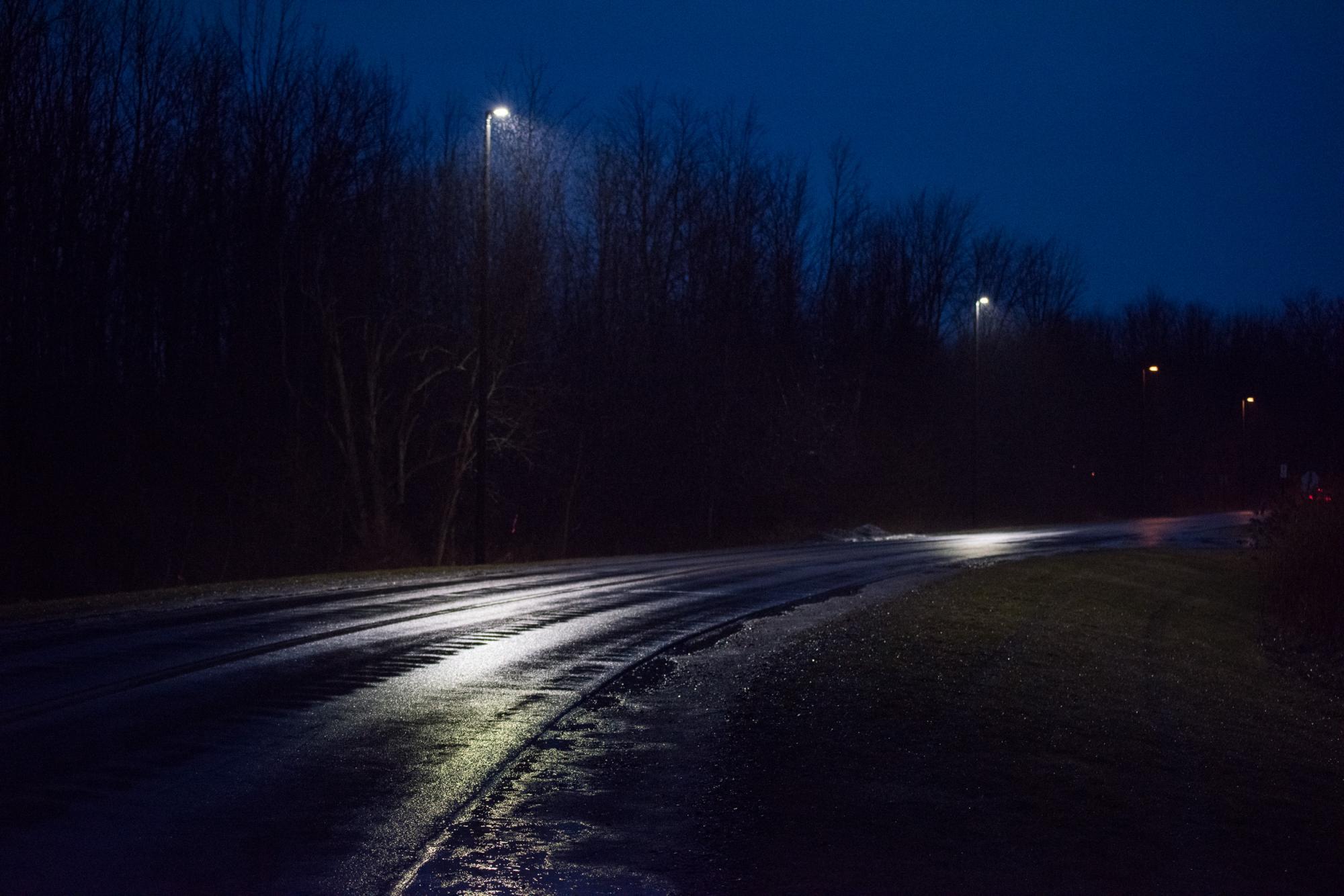 So far, there have been two studies done on roads in Henrietta, with one finalized study from the Genesee Transportation Council (GTC) available online. Commissioned by the Town of Henrietta, the study includes improvements and suggestions for East River Rd.

One of the stated goals of the GTC study is to “increase the safety of the transportation system for motorized and non-motorized users.” However, Stendardi notes, the funding has not yet been secured to continue with the suggestions made from the study.

The second study, commissioned by the Town of Henrietta, Monroe County and RIT, is still in the works. This study focuses on some beneficial improvements on East River Rd., with special consideration given to the nearby traffic signal. There have been attempts to finalize the study, but it could potentially take some time, and Stendardi admits that she doesn’t have an expected deadline to see any physical improvements.

Being a county road, there are a few hoops to jump through in terms of various levels of government involved, so delays are expected as this study is worked on and finalized. Similarly, funding has not yet been secured for this second study, either. Stendardi wants citizens to know that the local government has taken notice of their concerns, however.

“People certainly are aware, and some things are in the works as far as looking at what’s needed,” Stendardi said.

As far as inspiring more change in the community, Stendardi encourages students and community members to get in contact with elected officials. Both she and SG cited various officials to contact, such as the Chair of Monroe’s Transportation Committee John Howland at monroe13@monroecounty.gov, Henrietta Town Supervisor Steve Schultz at sschultz@henrietta.org, as well as the County Legislators for Henrietta Steve Brew at monroe12@monroecounty.gov and Karla Boyce at monroe5@monroecounty.gov.

RIT and the town of Henrietta are making the first steps to creating safer roads around RIT, but unfortunately any dramatic improvements won't be implemented until much further in the future.