According to Huffington Post, on September 28 the Mercer County Superior court in New Jersey lifted a ban on same-sex marriage. The new policy will take effect on October 21 this year, giving the state time to challenge the ruling. New Jersey Governor Chris Christie has already expressed plans to take this course of action. New Jersey has been one of thirteen states within the U.S. to allow same-sex marriages. Part of the reasoning behind the push for legalization of same-sex marriage was that civil unions did not give couples the same benefits as a legally married couple, 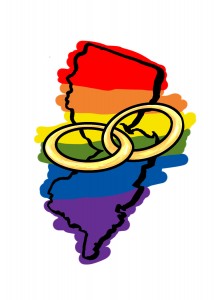 according to BBC News. As a result, a group of same-sex couples and gay rights groups sued the state. Judge Mary Jacobson ruled in their favor, saying, “Same-sex couples must be allowed to marry in order to obtain equal protection of the law under the New Jersey Constitution," according to Huffington Post.

On Tuesday, October 1, new health insurance exchanges opened in every state. These exchanges allow any American citizen to browse and begin purchasing the Affordable Healthcare Act’s new insurance options. According to NPR News, health care researchers will be studying the data obtained from these exchanges in order to observe things such as demographics, prices, which populations will be buying the health insurance and much more. Warnings were issued that most of the exchanges may not be working or even be running for weeks or months. Through these exchanges people can at least start exploring their possible insurance options, something the directors are calling a “soft launch” period. “Any insurance coverage acquired through the exchanges will not take effect until January 1st, 2014, when the health care law will start requiring most Americans to have insurance or pay a tax penalty,” according to the New York Times.

Ancient supervolcanoes, similar to the ones underneath Yellowstone National Park, were discovered in an area on Mars that previously was thought to have been inactive in the past. This area, called the Martian northern highlands, was filmed via several varieties of spacecraft orbiting mars. Both NASA and researchers at London’s Natural History Museum discovered one large volcano and evidence implying others may have also been there as well. According to the Associated Press, “The finding described in Thursday’s issue of the journal Nature suggests that early Mars was more active than previously realized, and that such eruptions could have affected the red planet’s climate and atmosphere.” Billions of years ago these volcanoes would have spewed hot ash and smoldering lava causing the massive craters in the terrain instead of the rubble often left behind volcanoes on earth. This isn’t the first time scientists have noticed past volcanic activity on Mars, but it is the first for this area. These new revelations may help scientists discover if Mars really was ever livable by organism standards.