The announcement was that RIT alum Austin McChord, founder and CEO of Datto Inc. donated $50 million to RIT. This was the largest donation ever made to the university and one of the largest ever donations to an institution of higher education in the Rochester region.

The gift is designated for two major areas. $30 million is delegated to foster creativity and entrepreneurship at RIT, including $17.5 million to launch a maker space and innovative learning complex. This new building will connect the Wallace Center and the Student Alumni Union, which will also receive renovations as part of this project.

Additional funding will go towards endowing faculty positions as well as creating student scholarships, including new entrepreneurial gap year fellowships to allow students to advance their concepts in the businesses. 50 students over five years are anticipated to benefit from these scholarships.

“This donation will help propel RIT from excellence to preeminence.  We are so grateful to you, Austin, for helping us to usher RIT into its next era of greatness,” added Munson. 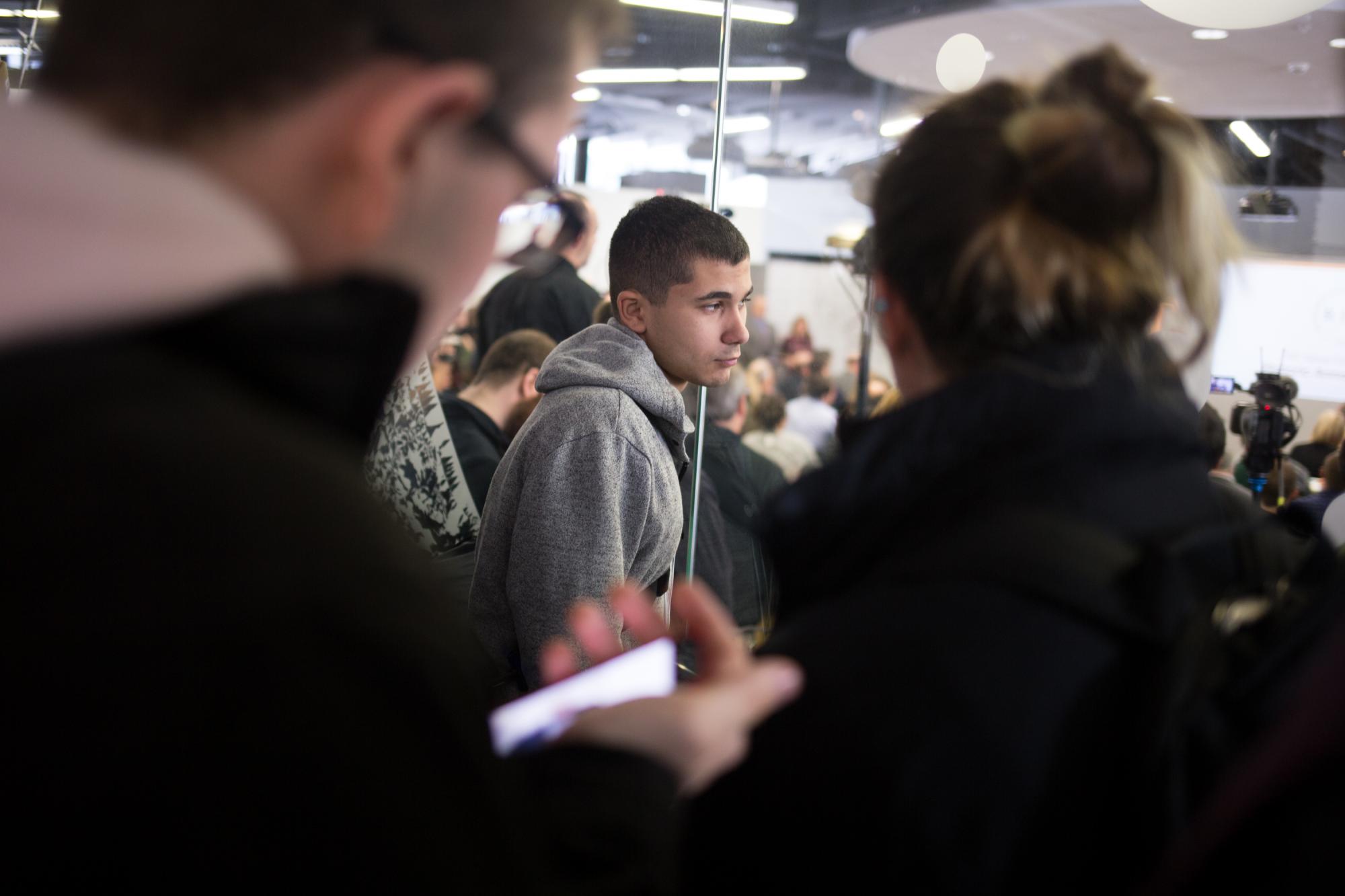 The donation had been years in the making, starting with Destler opening dialogue with the then-recent alum a few years ago, discussing how he could give back to his alma mater.

“When he asked me about potentially making a very large gift to RIT... [Destler] had sat me down in his office and said to me, ‘What are you gonna do with all this money?’” recalled McChord.

“And so he [Destler] worked out a math formula and said you should give this percentage to the university and I said alright I don’t want to be out of turn here but ... let’s cap it at 50. He looked a little disappointed,” McChord continued, laughing.

McChord also sat on Destler’s President’s Roundtable, and became a member of the RIT Board of Trustees in 2016.

McChord has been very involved in RIT since graduation. He has often returned for special events, spoke at entrepreneurship conferences, recruited at the career fair and even spoke at the commencement address in May 2017.

He also used to write for Reporter.​ In the spring of 2005, McChord was a prolific news writer who covered everything from controversial guest speakers to conferences for the magazine.

McChord recalled that he was not the best student at RIT, and actually left RIT before he earned his degree, transferring credits from community college to complete it in 2009. In making this donation, he really wanted to give back to the people and places that helped him along the way, and helped him with his idea to create Datto.

“Honestly up until this moment and walking down from the elevator I had no idea this was gonna be such a big deal ... but honestly I am incredibly proud to have the opportunity to make a gift like this,” he concluded, thanking his employees and customers for making this all possible.

“The goal [of these new initiatives] of course is to spawn the next generation of Austin McChords, and get their ideas and creations out into the world,” said Munson.

During the commencement speech McChord gave, he suggested he initially wanted to sell his company and make enough money to buy an Audi R8, the same car Iron Man drove.

The gathering concluded with Munson presenting a gift to McChord, a mini Audi R8 decorated with tiger stripes. “This does of course make you [McChord] RIT’s Iron Man,” Munson said before concluding the event.