A Taste of Tiger

Though we think of RIT as an institute of higher learning, it is first and foremost a brand. As important as our classes may be, where would we be without our Pantone 165 RIT Orange? Without our custom-made bricks? Without our beloved Ritchie?

The university’s brand extends into our mouths through the specially-made, RIT-themed food and drink. But are these bespoke treats worth their weight in Dining Dollars? Reporter wanted to find out through an authoritative and scientific taste test. Unfortunately, we didn't have the budget for that so this article will have to do. 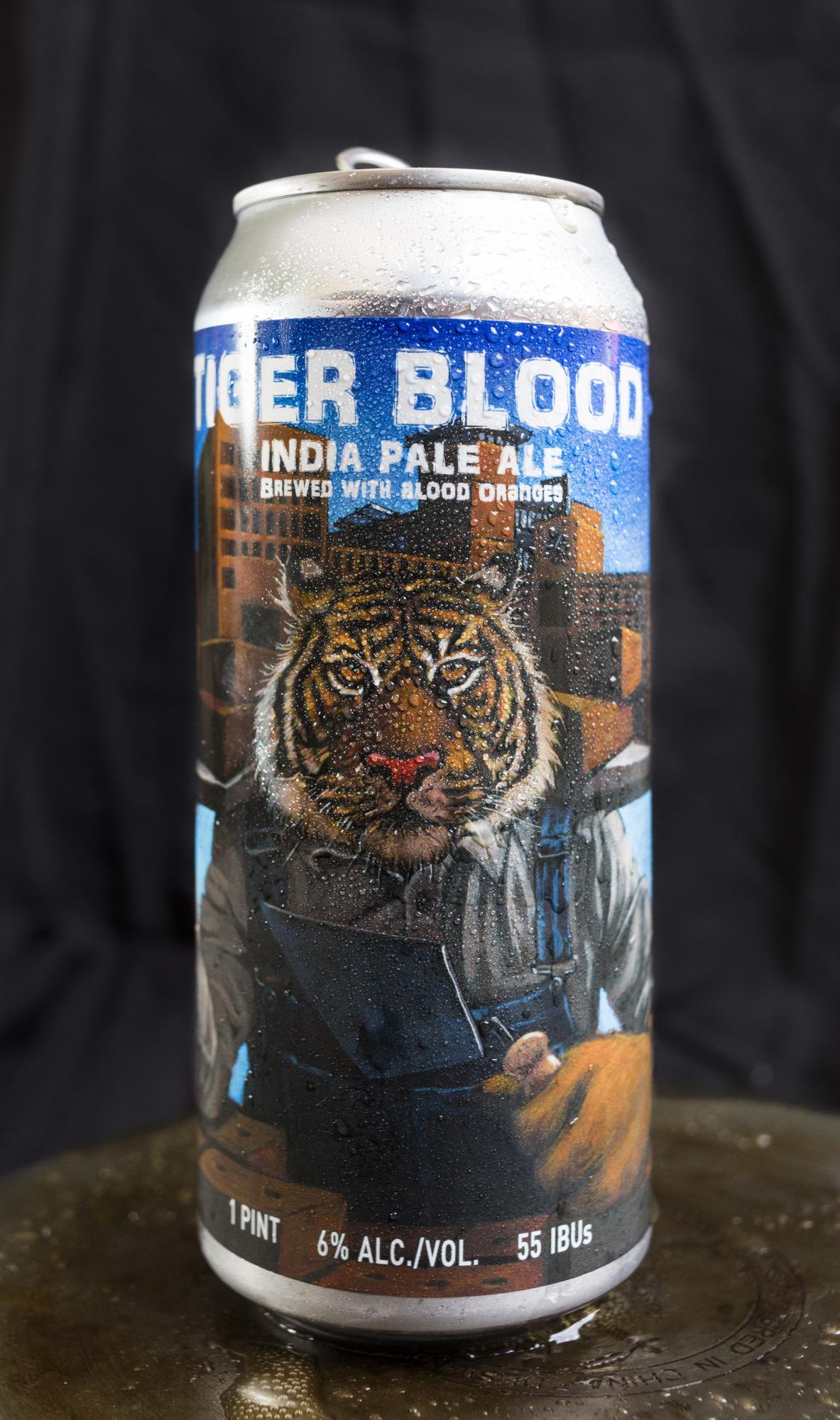 The most recent addition to the pantheon of RIT-themed food and drink, Tiger Blood IPA is an India Pale Ale brewed with blood orange. I like a lot of what Rochester-based Three Heads Brewery produces. Their Kind IPA has fun notes of citrus and is extremely drinkable. And that just makes it more disappointing that the Tiger Blood IPA tastes more like soap than a fresh blood orange — not unpleasant soap, but still soap. Simultaneously not particularly flavorful or bitter, Tiger Blood is just kind of "there."

The beer has a low alcohol content, especially for an IPA. That’s good for drinking at a hockey game or a picnic, but not much of a selling point. And an intense name like “Tiger Blood” doesn’t seem like a good match for such a light and summery beverage. The only thing the name evokes is Charlie Sheen’s 2011 “winning”-infused meltdown — back when celebrity meltdowns were newsworthy.

Overall, it’s not a bad choice of beverage, but not a great one either. It’s better than a Genny but then again, most beer is. 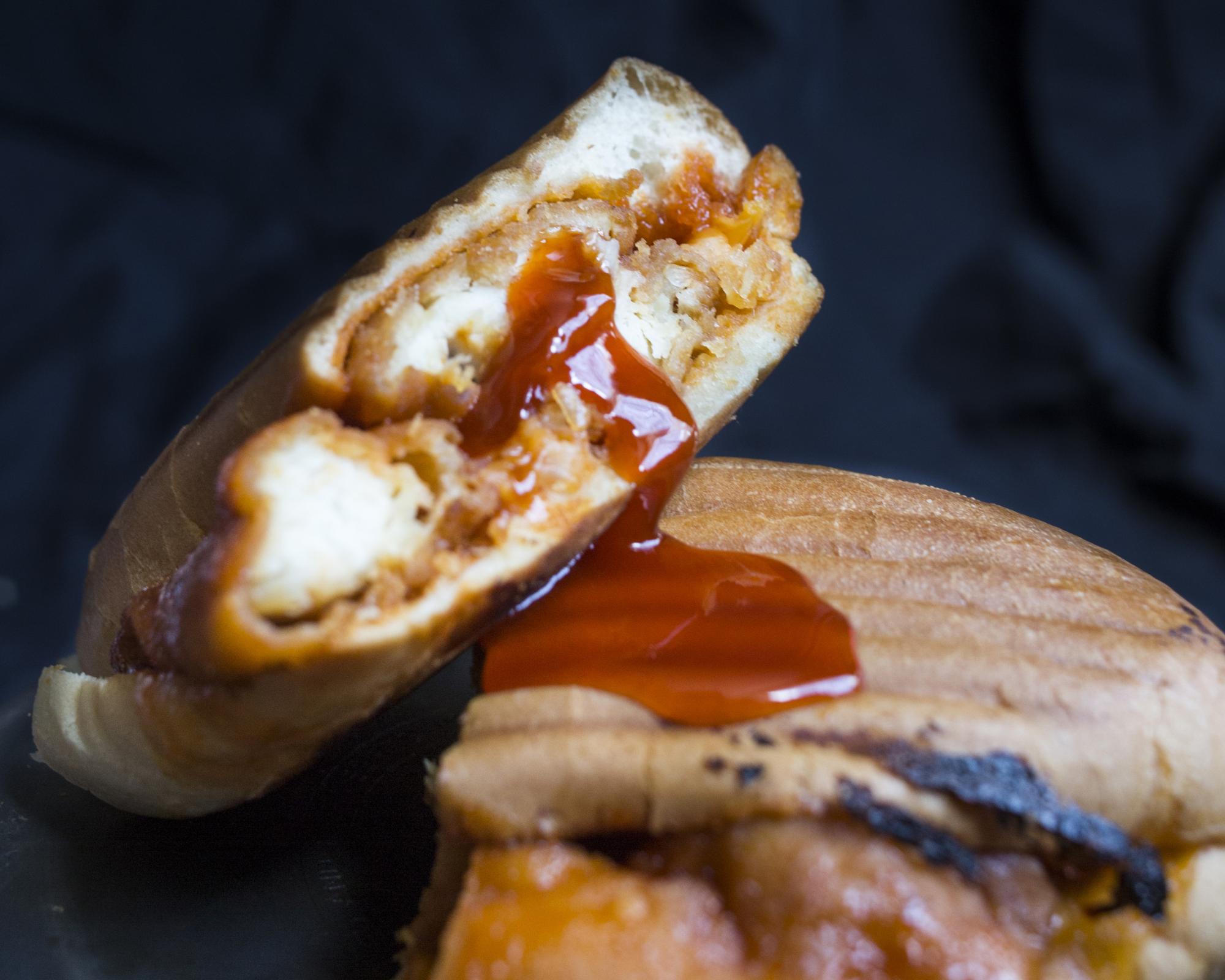 The Mascot goes way back to the 80s and has become something of a staple on campus. Its staying power is a bit of a mystery to me — it’s nothing particularly special as aggressively unhealthy paninis go. It’s not even the best panini at RITz (I’m partial to the Yellow Card myself). But as it is named after our beloved Ritchie, I am compelled to talk about it.

A Mascot is a panini composed of chicken fingers, cheese and Tiger Sauce. Tiger Sauce is the Mascot’s defining factor and is somehow more poorly named than Tiger Blood. Is Tiger Sauce like duck sauce, a sauce meant to go on fried tiger meat? Or is it a mysterious bodily fluid within the tiger, distinct from its blood (which is of course hoppy and infused with blood orange)? I guess we’re lucky we changed our mascot to a tiger from the Tech-Men; I think Tech-Man Sauce is what they call the built up residue in Golisano’s computer labs.

The exact proportions and ingredients in Tiger Sauce are a secret, although I don’t think you can call something a secret recipe if nobody is trying to figure it out. But sauce-espionage concerns aside, Tiger Sauce is apparently a sweetened cayenne. To its credit, the sandwich is both spicy and sweet — although a little too sweet for my taste.

The aftermath of a Mascot is like waking up after a blackout — you’re sticky and filled with regret. On a campus full of unhealthy decisions, the Mascot distinguishes itself. All of that being said, I’m probably going to keep eating Mascots; there are right decisions and wrong decisions, but sometimes wrong decisions taste better. 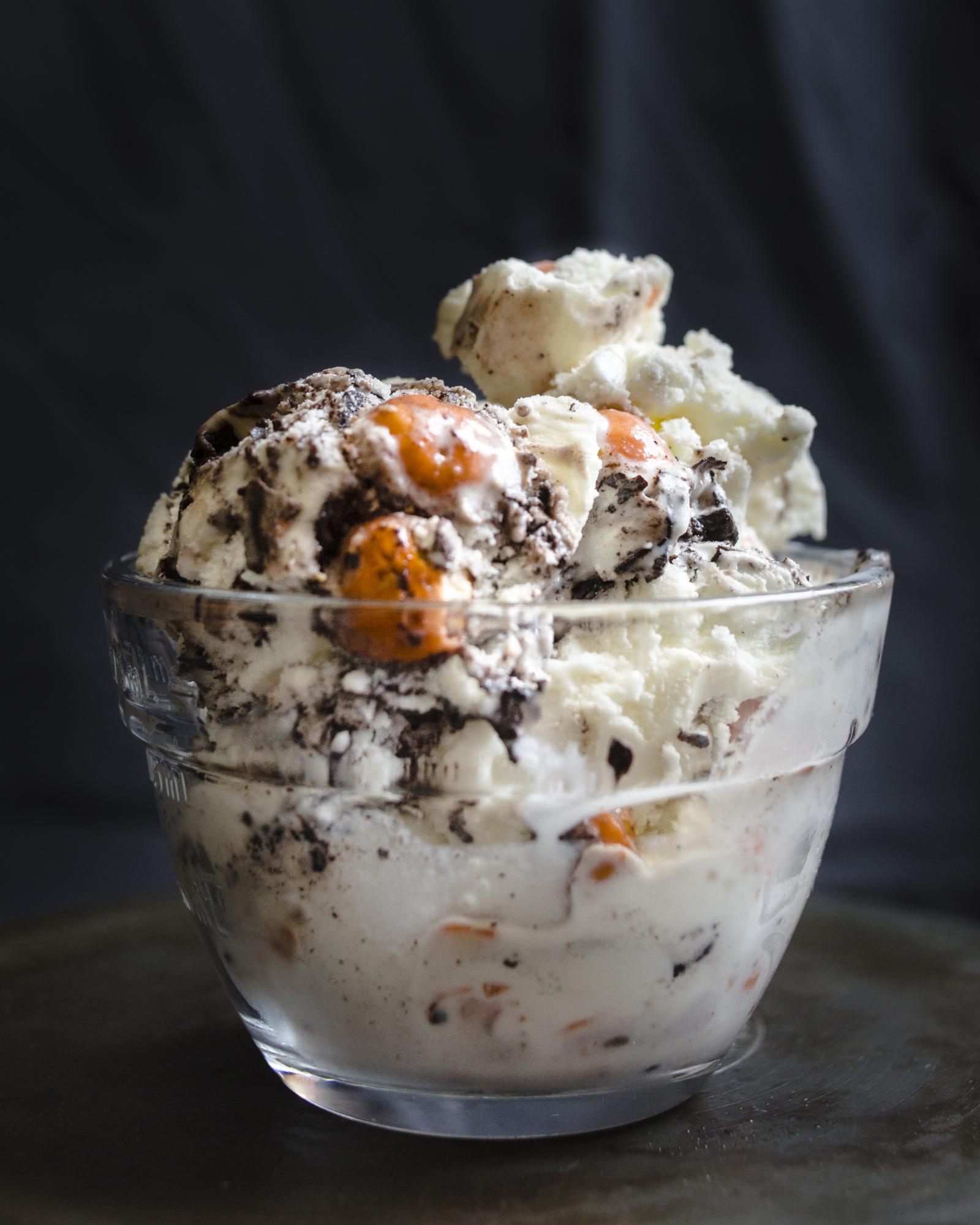 After you’ve washed down your Mascot with your Tiger’s Blood, you might be in the mood for dessert. Luckily for you, RIT has its own ice cream flavor: Tiger Tracks, made by Rochester-based Perry’s Ice Cream. It’s vanilla ice cream infused with fudge and florescent orange pretzels. Because tigers are orange, you see.

Tiger Tracks were ironically very hard to find — I scoured the local Wegmans and braved the dorm-side tunnels to visit Sol’s Underground. I didn’t look in Gracie’s because Reporter doesn’t pay me enough to go back in there. It seemed that Tiger Tracks — much like the actual Bengal tiger — is endangered.

I unfortunately had to settle with Perry’s Panda Paws ice cream. I figured that another threatened Asiatic mammal-themed Perry’s ice cream was the closest I was going to get. I added pretzels, as to better emulate what Tiger Tracks would have tasted like.

Perry’s ice cream is pretty great stuff. While I didn’t get to enjoy the actual flavor, I can imagine that Tiger Tracks ice cream is similarly great. Good job, probably.

I’m not trying to shit on RIT’s dining service workers, who do their best to feed an enormous volume of peckish masses. It’s difficult to make everyone happy, especially on a campus whose main food import is chicken fingers.

But for the love of god, just eat off-campus. See what the city of Rochester has to offer. Call your food Tiger Slaw or something if it makes you feel better about it.