The Castle on the Hill: A Story of American Decay

From Health Road in Dansville, NY, you can hardly make out the decrepit bricks making up the structure of the former Jackson Sanatorium. Up a small incline, the sprawling structure rises above the trees, revealing an expansive, castle-like structure. The shell of a building that revels in structural beauty, reminiscent of an era long passed in the history of upstate NY. The once elegant arches and balconies now caked with rust and crumbling away from the facade. The window panes, once delicately filling in the space of brick arches, now stand covered with decaying plywood, streaked with crude spray can obscenities at the lower floors, a foreboding sign to wayward explorers. The upper level windows provide a glimpse into the building's interior; an endless, abysmal black.

This was not always the case. The Jackson Sanatorium's history provides a fascinating glimpse into a world of antiquated cult medicine that trickles various periods of American history. It all started in 1854 with Dr. Caleb Jackson, a proponent of a popular nineteenth medical fad known as psychiatric hydrotherapy. Hydrotherapy itself has roots in Ancient Greek and Roman medicine, and later brought back into the public eye by Belgian writer Franciscus Mercurius van Helmont in 1694. Helmont believed that all human mental distresses, such as laziness, anxiety, depression or insanity, were due to an imbalance within the human spirit, which could be treated by "shocking" with water. In this case, Helmont proposed hanging patients by their ankles and submerging them up to the waist in cold water until they lost consciousness. If the patient was revived, Helmont postulated that the spirit would be tamed and sanity restored. Of course, since such techniques were essentially a form of water torture, and were not limited to the truly insane, but rather often to to those who were simply jobless or lazy, one could argue the technique worked more as a punishment rather than a cure for mental maladies. 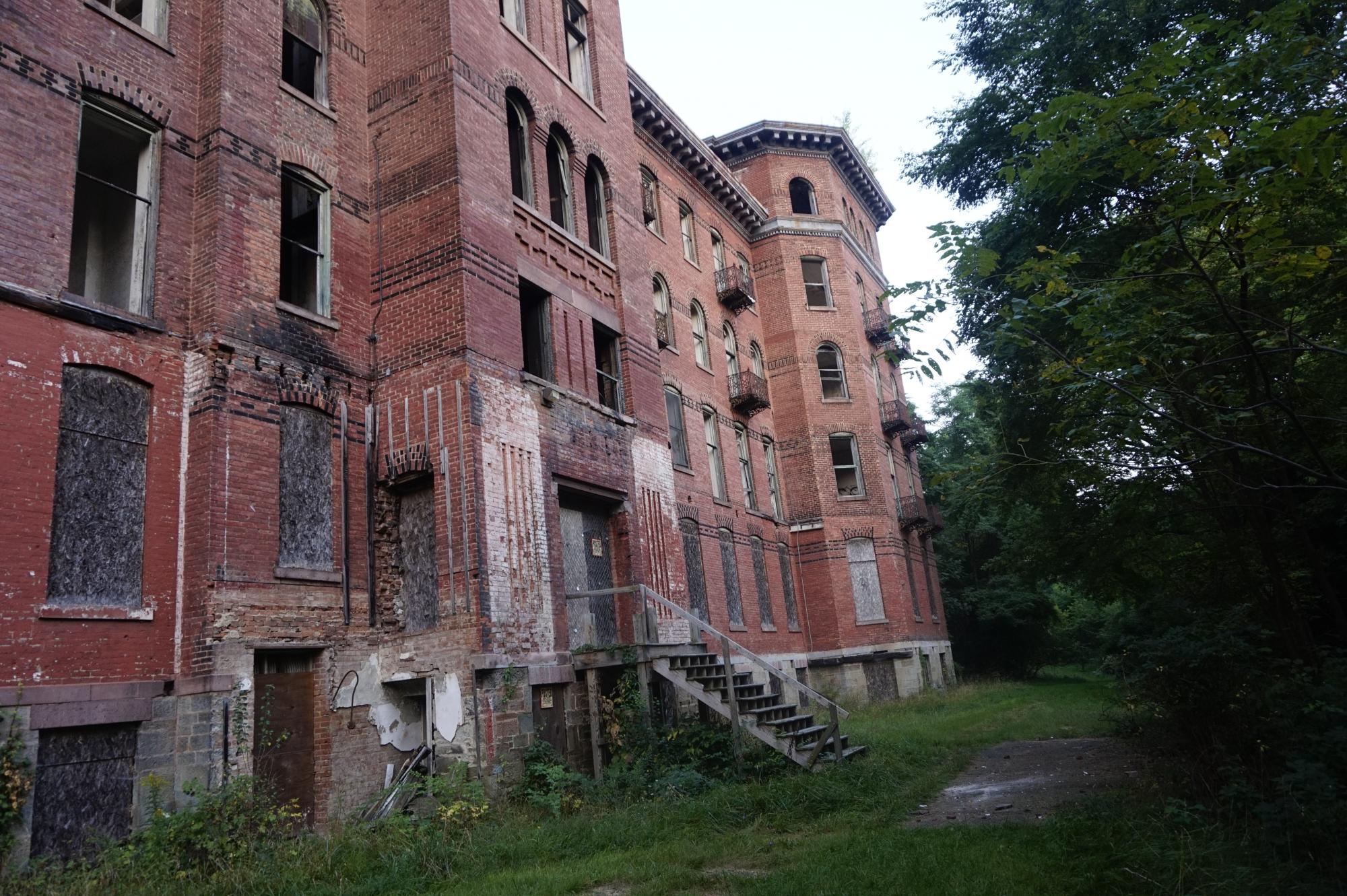 By the nineteenth century, running water had become more accessible, and thus hydrotherapy made a resurgence. However, the treatment methods were much less severe than Helmont's, instead opting for systems including mineral baths, cold water shocking (known as "douching) and whirlpool baths. Based around beliefs of the Seventh Day Adventist Church, practitioners of hydrotherapy preached a policy of refraining from drugs, tobacco, alcohol and red meat, with a diet emphasizing fruits and unprocessed grains. While stress, nervous breakdowns and  mental illness were all symptoms that hydrotherapy practitioners proposed to be able to cure, alcoholism became a main target in treatment, a fundamental teaching by both Jackson and his main competitor, JH Kellogg.

With a diet emphasizing heavy consumption of unprocessed grains, a meal most patients found unpalatable, Jackson produced Granula in 1863, the first commercial cold cereal. Granula was made from graham flour, twice baked and broken into small nuggets that had to be soaked overnight prior to being eaten. Meanwhile, Kellogg produced a similar product with the identical name. In order to avoid a lawsuit, Kellogg renamed the product "granola," soon taking off as a pioneer pioneer of the cereal industry.

Jackson's "Our Home on the Hill" remained successful throughout his life, becoming a popular destination for figures including Frederick Douglass, Elizabeth Cady Stanton and, perhaps most notably, Clara Barton. Founder of the American Red Cross and devout believer in the Sanatorium, Barton would settle in Dansville, establishing the first local chapter of the AmericanRed Cross there.

But the glory days of hydrotherapy would come to a close as medical and pharmacological advances moved ever forward. Thus, the Sanatorium would file for bankruptcy in 1914, reopening briefly as a psychiatric ward for World War 1 soldiers. 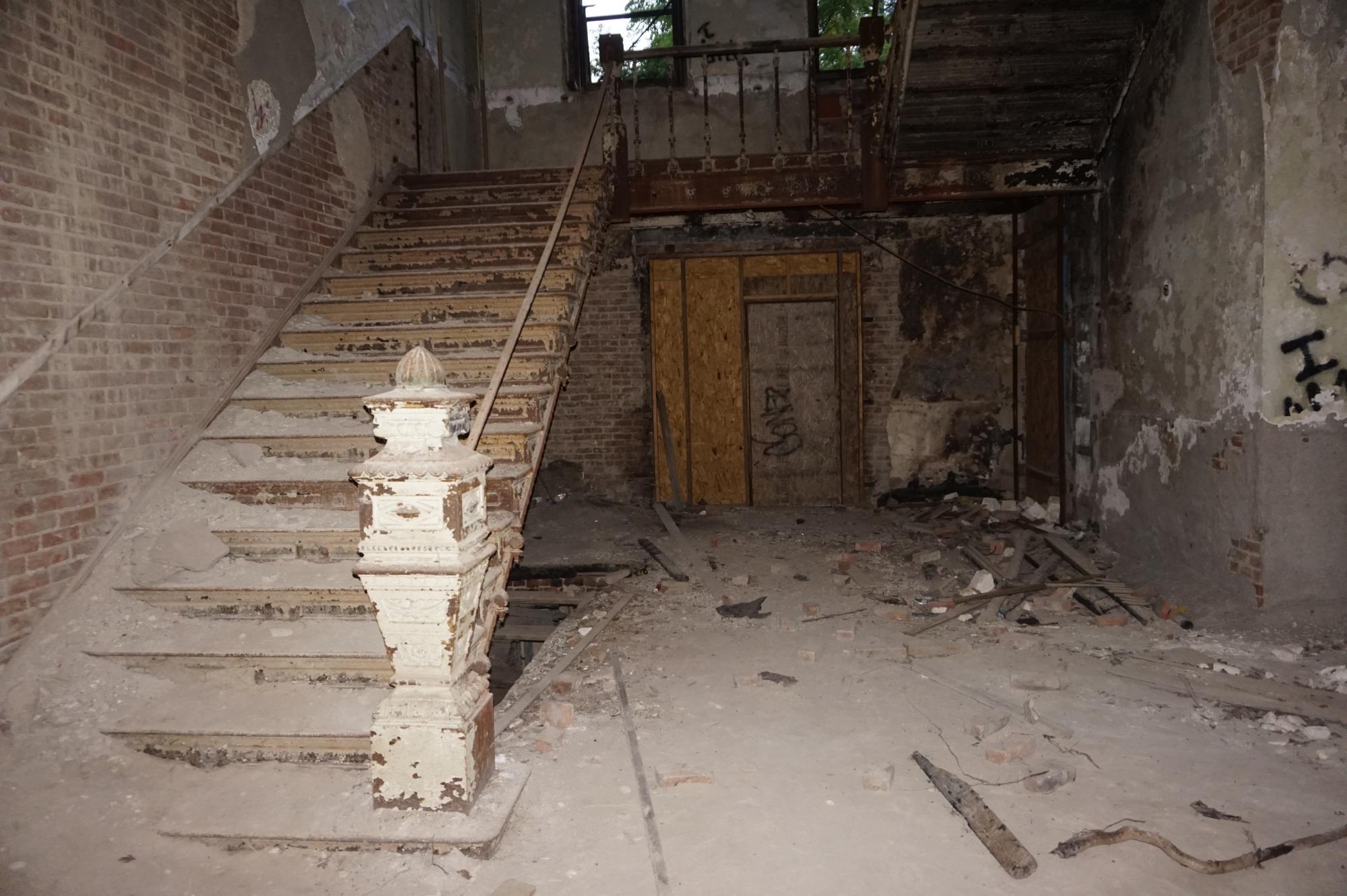 The Castle would experience a revival under former professional wrestler and magazine mogul Bernarr McFadden as the Physical Culture Hotel in 1929. Emphasizing body building and fitness, the hotel became a resort for celebrities up until McFadden's death in 1955, where it was reopened again by William Fromcheck as "Bernarr McFadden's Castle on the Hill." Popularity steadily declined for the next two decades, and on Labor Day in 1971, the Castle on the Hill would permanently close its doors.

The rich history is dampened by the lingering dust in the air, floating over the opening into the Castle's blackness. A strew across the ground are piles of brick rubble, empty Busch Light cans and charred bits of refuse left behind from a 2011 arson. Through the trees, the facades of peeling siding leer outward, cottages the cultural elite once took up residence now falling to ruin.

Inside, the Castle takes on an eerie silence, blocking out the echoes of frogs, birds and crickets running through the woods. To say this is a place time forgot would be a misnomer. Rather, from the thick coating of dust and ash that coat every surface, to the rust lingering on forgotten equipment, to the satanic graffiti plaguing the walls of the interior, this is a place time has ravaged. It is a place where the trials of nature and teenage delinquency have torn this fragile piece of forgotten history asunder.

The main hallway, lined with decaying pillars which seem ever nearing the verge of collapse, the soft echoes floating down the corridors of one's own footsteps resonate as a piercing reminder of just how empty this place truly is.

Reaching the center of the hallway, a massive staircase creeps upwards, illuminated by the setting sun creeping in through the collapsed rear wall. The depths of darkness reach in either direction away from this spot, yet here, through the ever depleting sunlight, one can catches glimpses of the once regal engravings in the railings, slowly fading beneath dust and peeling enamel paint. All in haunting, unnerving silence.

From the castle's face to the to its interior, The Castle on The Hill presents a story all too common in Upstate NY; an opulent, sprawling legacy rich with elements of signature Americana, now left to linger and rot in the September sun.