It’s an all too familiar feeling. Your hands and legs begin to shake, the butterflies in your stomach start fluttering and next thing you know you are up in front of a crowd about to give a speech or presentation. Whether for a small class project or in an auditorium full of students, we all know that anxious feeling that speaking to a group may conjure up. For some, public speaking is a breeze. The majority of people out there, though, shake in their boots even at the thought of it.

Why is public speaking a necessary skill?

At a STEM-heavy school like RIT, the ability to speak effectively in front of groups of people is often overlooked. Principal lecturer at the School of Communication, Elizabeth Reeves O’Connor, however recognizes the importance of public speaking skills across all majors.

“[There is] so much emphasis on more technical skills than these communication skills that are just as vital,” O’Connor stressed. “You could be a complete genius in your field, but if you don’t know how to connect your ideas so other people can understand and access them, then what’s the point of your brilliance?”

Jason Freeman, a second year Electrical Engineering major and public speaking student, understands that his public speaking ability is important for his career even though it is not explicitly emphasized in his degree program.

“As an engineer, speaking isn’t one of the main things I’m very good at, so if I want to be a manager one day, , so I wanted to improve my skills in that sense,” he said.

It’s not just in the STEM world that public speaking skills are necessary for success. Brandon Spadafora, a fourth year Mechanical Engineering Technology major and member of Air Force ROTC, commented on the crucial nature of public speaking.

“As an Air Force Officer, or any military officer, [public speaking] is huge. It’s just what we do. We are public figures in the same sense that that President is, obviously to a lower scale. We have to get up and speak to civilians and other military people on a daily basis,” Spadafora said. “I figured why not mess it up and get the kinks out when I’m talking to a bunch of college students rather than that Four Star General who needs to know an update on a mission.”

Job interviews of any sort also rely heavily on the ability to convey proficiency in your field. Once hired, it is highly likely that you’ll be expected to present to colleagues, managers and potentially even the CEO of the company you work for. As mentioned previously however, the task is not one most are completely comfortable with.

I’m nervous. How do I overcome this feeling?

Though the majority of people are aware of the critical need for these communication skills, nerves still tend to get the best of them. O’Connor discussed how recognizing this common nervousness is incredibly beneficial to overcoming it.

“You’re not crazy for feeling that [way], like you know it’s not rational, you know you’re going to be fine, but in the moment the pressure can be overwhelming ... So you come into a situation and you are feeling the nerves. Recognize that it’s happening: label it. Say, 'Oh I’m feeling anxious.’ It’s totally normal. Calm yourself down,” she said.

Spadafora offered up his advice on how to push past diffidence.

"Be loud and confident because that demonstrates that you know what you’re talking about even if you don’t know what you’re talking about,” he said. “It’s kinda like ‘fake it till you make it.’ Just say something, say it with all the confidence in the world, and someone will believe you. Even if you’re dead wrong, nine times out of 10, nobody in the audience will know you’re dead wrong.” 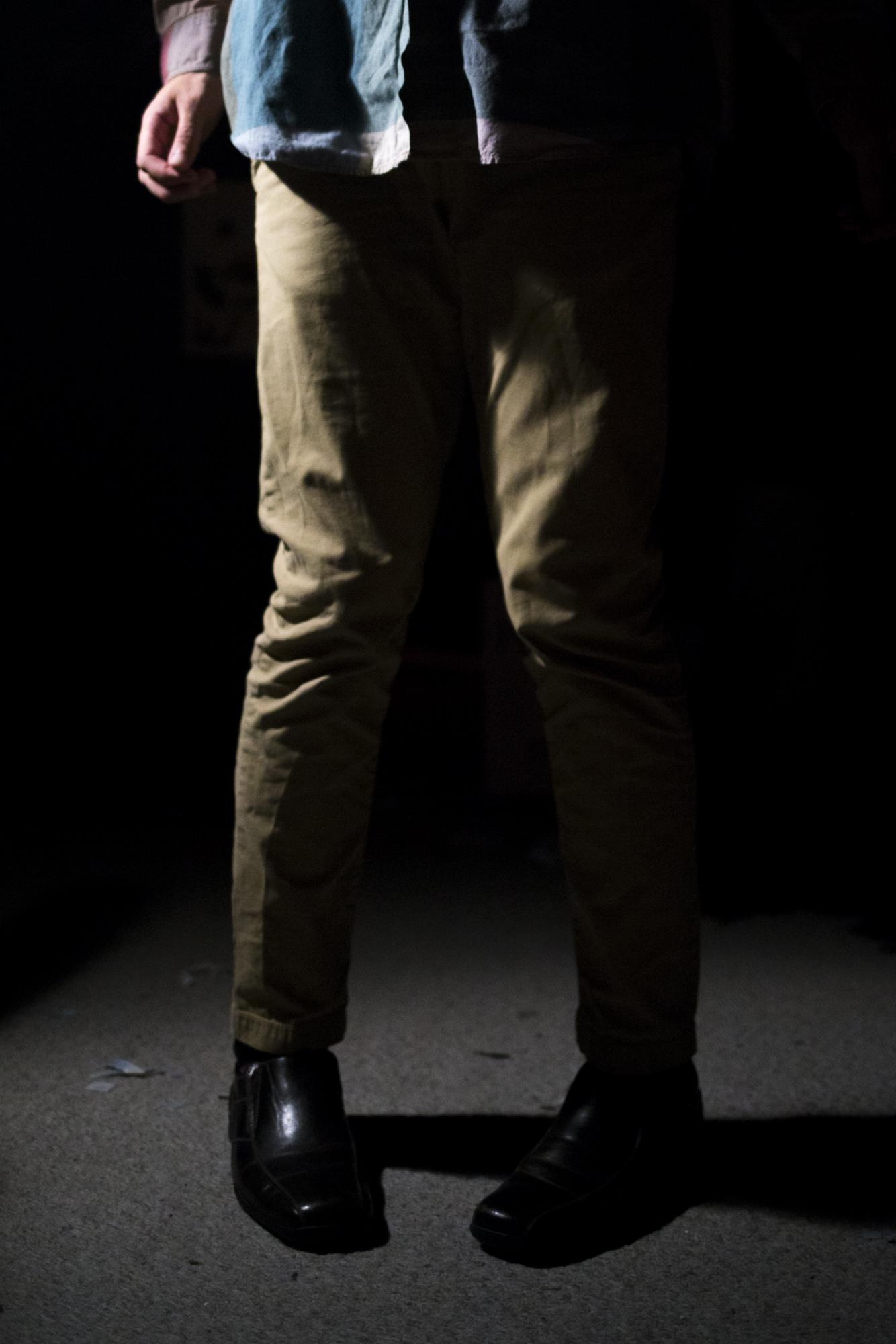 The anxiety we feel during public speaking engagements is very similar to the type we might face before a nerve-wracking sports competition. Freeman spoke about how he uses his experiences with sports to approach daunting speaking situations.

“Just get out there and go do it. I relate it to a big game or a giant track meet with that nervousness. You don’t want to do it at first and you really just want the moment to be over, but once you’re in it and once you’re speaking, it’s really not that bad. And once it’s over with you feel great,” he said.

Effortless as some may make it look, no one is simply born with the ability to get up in front of a crowd and speak their minds in a flawless manner.

“These are skills that are built up over years,” O’Connor said. “It’s something that so few people are naturally good at, but those who have figured out the secret really are looked at in their professional sphere, in their personal lives, as someone who is confident.”

"Just say it. Just keep doing it. Practice in front of someone, anyone."

Personality also plays a role in how people present themselves.

“There are some people who have no issue at all with getting up in front of a group of people and speaking their mind and it’s just a natural confidence. Then there are some people who just prefer to be more quiet. It doesn’t come naturally to them to feel comfortable standing up in front of people and having all the attention on them,” O’Connor continued.

Rebecca Lopez, a second year Civil Engineering major and experienced public speaker through her work with Circle K, remarked that winging it isn’t the best strategy, even if you are confident.

“Going in completely blind ... you’re lucky if it works one or two times, and then after that you’re not as lucky. But definitely getting something prepared, and then not over preparing.”

Simply put, practice is key. To get to a point of complete ease in front of a crowd can take years to reach, but through continuous preparation and rehearsal, that comfort level can be achieved.

“Just say it. Just keep doing it. Practice in front of someone, anyone,” Spadafora said when asked about his preparation approaches.

After teaching Public Speaking courses since 2004, O’Connor has racked up countless tips for how to adequately prepare.

“When you’re practicing, practice as if you’re in front of an audience. Stand as if there were people in front of you ... Posture is really important. Pay attention to what your arms are doing, if you’re collapsing in on yourself, or if you’re shoulders are back and your arms are out,” O’Connor advised. “Maybe the night before the presentation close your eyes, and like an athlete does before a race, visualize yourself going through the presentation successfully [and] getting a round of applause.”

"Audiences aren’t there to throw tomatoes at you."

Of course, you can practice all you want and feel as prepared as possible. However, there will still come those moments when you walk on stage or to the front of the room and despite your initial confidence, suddenly everything you thought you knew has slipped from your mind.

What about the audience?

It’s characteristic of humans to forget and make mistakes on occasion, especially when that occasion involves hundreds of eyes looking your direction. It’s vital to be aware that the audience’s intentions are not to tear you down.

If you do trip up over your words or blank on a point you wanted to make, do your best to brush it off. It’s not worth it to sit on those negative moments.

“When it’s over, don’t beat yourself up. We’re so critical of our mistakes and we like to shame ourselves when something happens that’s not ideal,” O’Connor encouraged.

Self-analysis after a public speaking engagement is a great way to recognize where you may have faltered. Ask yourself where you went wrong, but don’t just stop there. Think of ways you could improve the next time you are in front of a crowd presenting.

If you’re worried about being overly critical of yourself and don’t think you can move past the negatives, ask for feedback from others. While it may feel harsh at first, constructive feedback can only help you refine your skills and become a better speaker.

How can RIT help me become a better public speaker?

Every class presentation is an opportunity to improve your public speaking skills. There are a few resources on campus dedicated to helping students prepare for those big days.

Tiger Tales Toastmasters is an on campus club affiliated with Toastmasters International, an organization devoted to helping students work on their public speaking skills.

Pritam Poddard, a third year Ph.D Engineering student and the Tiger Tales Toastmasters President, delved into the goals of this club.

“Tiger Tales Toastmasters ... looks to improve the confidence of its members in public speaking and leadership ... we provide a friendly and supportive environment to our members so that they can practice and dial up their leadership and communication skills,” Poddard said.

The club welcomes new members to its meetings in Gosnell lecture hall A300 on Wednesday evenings from 6:30–7:45 p.m.

A Public Speaking class is offered during both the Fall and Spring semester and can fill a Social or Artistic Perspective or a General Education Elective. Advanced Public Speaking is also available during the spring to those students who have completed the first course.

These are valuable resources for students, but because public speaking is still such an underemphasized skill at RIT, the School of Communication recognizes the need for even more resources on campus.

Utilizing the resources here on campus is a great place to start, but your public speaking skills aren’t going to improve over the course of a day, a month or from simply reading an article. It’s through dedication and determination that you will become the most effective public speaker you can be. So long as you practice, overcome those nerves, and remember that the audience wants to see you succeed, you'll be speaking like a pro in no time.