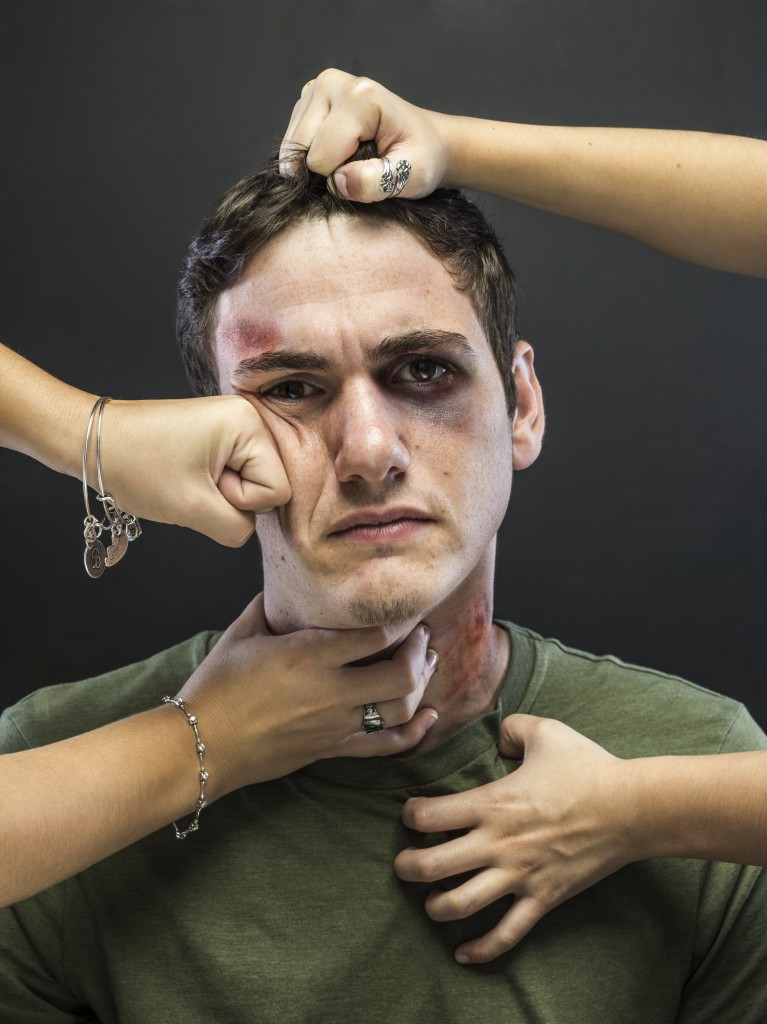 When people think of abusive relationships, often the first thing they think of is a man abusing a woman. According to PRWeb, nearly 1.3 million women are assaulted by their partner each year in the United States, although this number is not exact. The Domestic Violence Resource Center reports that up to six million women may be victims of abuse and that one in four women have been abused in their lifetime.

However, women are not the only ones experiencing domestic violence. Many men have been abused by their partners as well, and these cases often go unreported. Although PRWeb states that 835,000 men are assaulted each year by their partner in the United States, the Domestic Violence Resource Center reports that this number can be anywhere between 100,000 and six million.

How Does the Abuse Begin?

Darci Lane-Williams, Director of the Center for Women & Gender, worked previously as a counselor at Alternatives for Battered Women, a center that specialized in women’s domestic violence cases. In her time there, Lane-Williams also saw several cases of males seeking advice.

According to Lane-Williams, most abusive relationships do not begin with violence but with emotional abuse. This can vary from questioning the male’s manhood, taking hits at his self-esteem, controlling his behavior by making him feel guilty about certain decisions like hanging out with friends and more. It is from these emotional struggles that many abusive relationships begin to turn violent.

Jeff Sherman, a fourth year Game Design & Development major, experienced one of the many unreported cases of domestic violence against men. In his freshmen year he began dating and, although the relationship began quite normally, it quickly snowballed into an abusive relationship.

"She would habitually cheat on me," said Sherman. Sherman decided to take her back because he thought she was being honest and affront with him the first time it happened. But this habit did not stop throughout the relationship and did not deter Sherman from the partnership until the very end.

"I was at a point in my life where I didn't feel much self worth," recounted Sherman, "so I didn't know there was anyone out there who was interested in me."

Self-esteem played a key role in the perpetuation of this relationship. Sherman would be subjected to a multitude of abuses, mostly emotional, from his girlfriend. "She was very good at being manipulative," said Sherman. "She would convince me that things would be better again and I wanted to believe that things weren't as bad as they were."

This constant belittlement of the other partner is one of many behaviors found in abusive partnerships. “Coming into college I had a lot of self-confidence but being compared to past boyfriends and being told I was inadequate eroded away the confidence I had built up,” said Sherman.

Later on, the emotional abuse would turn violent at times. “It was mostly emotional abuse,” said Sherman, “though there was a few times where I would be slapped across the face and pushed against a door.”

Lane-Williams stated that cases of domestic violence against men often occur because "men aren't encouraged to get help" and speak up about the violence. At the Center for Women & Gender, only six men came for counseling for domestic abuse in the last year.

Cases of domestic violence against either gender are strikingly similar according to Lane-Williams, "The reason any person is abusive in a relationship is  to have power over a person and control them," said Lane-Williams. On average, it takes three months for abuse to begin.  After this time period, the partner's behavior begins to change. "It starts in simple behaviors like emotional manipulation," stated Lane-Williams.

Sherman being 6 ft 4, one might think it would be easy for him to defend himself. Yet he never would as society often views male abuse as a non-issue. “If I were to defend myself in anyway, no one would believe that I was the one defending myself and not the other way around,” said Sherman.

Commonly, according to Lane-Williams, the police generally assume that when they respond to an abuse case, the man is the offender even when they refuse to defend themselves. “I’ve seen large men that could hurt [the abuser] but just take it because they were taught not to hurt women and that it’s not appropriate,” said Lane-Williams. Although Lane-Williams noted that most officers are trained to decide the abuser and victim based on the level of aggression, some officers make assumptions about the situation.

Ultimately, this stems from the dominant view of abusive relationships in United States, where the men are often expected to be the ones abusing the women, and where the opposite is rarely considered.

Sherman finds this particularly evident in the media, especially TV. “I didn’t realize that in the heat of the moment I was also a part of the norm where guys aren’t victims of abuse,” said Sherman. “You watch TV and you see a girl get mad at a boy and shove and hit him and it is seen as either a comedic bit or the guy deserves it. Men don’t deserve to be treated this way.”

While protective laws such as the landmark Violence Against Women Act (VAWA), were originally biased in women’s favor, the 2013 reauthorization of VAWA has passed new Inclusion Mandates that ban discrimination based on race, color, country of origin, gender, gender identity, orientation or disability.  This change affects most laws from state to federal and is a positive sign of changes to arrive in the future.

Lane-Williams stated that one of the first things an abuse victim can do to seek help is to see a counselor or an expert on domestic violence. After that, men should begin to think more about the behaviors of their partners and recognize that they are not responsible for the abuse being inflicted upon them. "Call it what it is," affirmed Lane-Williams, "And take responsibility for noticing the behavior."

According to the Mayo Clinic, men need to notice if their partner calls them names or puts them down, prevents them from seeing family and friends and tries to control aspects of their life,  among other signs of domestic violence.

Sherman, at wits end, found support through a close friend from his high school days. “There was this one person back from high school that was basically my sister,” said Sherman. They were extremely close and she even went to visit him during his freshmen year. When she began to hear the details of his on and off relationship, the girl decided to step in and talk to him about it. Over the spring break of that year, Sherman spent time with his friend until he received a call from his then-girlfriend. “When I got a call from the person who was doing this to me, my pseudo-sister answered the phone and said ‘[Sherman]’s on vacation, he’s having a good time and you don’t have any right to reach out to him anymore’ and hung up the phone,” he said.

“Hearing that was what I needed to finally close that chapter on my life,” said Sherman.

Students who have qualms about an abusive significant other should try for "a clean break, try not to interact with the person and move on," said Lane-Williams. Lane-Williams stated that victims should be sure to prepare a safe exit strategy before taking this step. This is especially vital in extreme cases where the victim might lose their housing when trying to leave an abusive partner.

After months of feeling inadequate about himself, Sherman finally found someone with whom he could be honest about his problems, leading to him growing as a person. “I went through a dark period of not being able to trust anyone,” said Sherman. “The woman I’m with now does a lot to be patient and understanding.” Sherman said the understanding exists because his latest girlfriend was also a victim of domestic abuse.

“We’ve both been able to be there for one another,” said Sherman. “No matter who you are or how healed you feel, if you panic because you see that person again, it’s ok. It’s ok to not do certain things if you feel that you need to protect yourself. Don’t give up on people; there are good people out there no matter what.”