The Great Lakes: A Fragile Resource

From within the confines of Brick City, it's easy to forget that Henrietta lies less than 20 miles south of one of the world's most impressive natural treasures. Lake Ontario is the closest of the five Great Lakes, which together form the world's largest freshwater system. Along with Lakes Superior, Michigan, Huron and Erie — Lake Ontario forms a network which contains six quadrillion gallons of fresh water.

The Great Lakes basin, or watershed, is home to more than 30 million American and Canadian citizens, for whom the lakes are an extraordinary resource. Industries ranging from electricity and industrial manufacturing to recreation and tourism depend on the abundant supply of freshwater available in the region.

The Great Lakes as a Resource

“They're [the Great Lakes] a vital natural resource. They are about 20 percent of the world's supply of fresh surface water, about 90 percent of the nation's supply,” said Matt Doss. Doss is the policy director for the Great Lakes Commission, an Ann Arbor, . based organization which represents the interests of the eight states whose borders contain portions of the Great Lakes.

The water contained within the Great Lake system spreads over a vast expanse of terrain larger than the surface area of Texas. The deepest points in Lake Superior dive to just over a quarter of a mile below the waves. Though it's easy to see how the Great Lakes were once considered inexhaustible, it is becoming increasingly apparent that their continued abundance is far from guaranteed.

“Clean, abundant fresh water is an invaluable resource,” Doss. “We can just look to parts of the world where there is scarce freshwater to see how vital it can be and what the impact can be if you don't have enough fresh water or if that water is polluted or somehow not safe.”

RIT professor Christine Keiner, who holds a doctorate from Johns Hopkins University in the history of science, medicine, and technology, has taught a for 10 years. The course covers a number of threats to the future of the water in the Great Lakes basin, including plans to export the water wholesale.

“We shouldn't take it [the water] for granted. There were these crazy plans in the 50s to build huge engineering systems like dams to move a lot of the water out to places like Arizona, and more recently in the 90s, there was almost a successful effort to start withdrawing large amounts of freshwater for tankers to go to rich countries like Saudi Arabia ...” said Keiner.

So far, plans to physically remove water from the Great Lakes Basin have stagnated, but Keiner suggests that the deal may not be off the table for good.

“A lot of the cities in the Great Lakes region that were real industrial powerhouses, like Detroit and Cleveland and Buffalo, they've lost a huge amount of population since 1950 and a lot of those people have moved to California and Arizona and the Sun Belt. They have a declining tax base ... There's already not enough money to take care of the deteriorating infrastructure, including the drinking water infrastructure, so is it going to make proposals from wealthy middle eastern nations harder to resist?” Keiner questioned.

Some might welcome such an offer. The United States has prospered from the export of other abundant natural resources like coal, oil and lumber. Why not do the same with water?

“That's the classic utilitarian conservationalist argument: that we should use natural resources to provide the greatest good for the greatest number,” Keiner said. “That's the whole philosophy behind dams. They improve the resource by storing water, by controlling floods, by generating electricity. On the other hand they have environmental costs. They prevent all kinds of species from moving upstream and drown out forests and people's homes. Ultimately it's just not a sustainable prospect.” 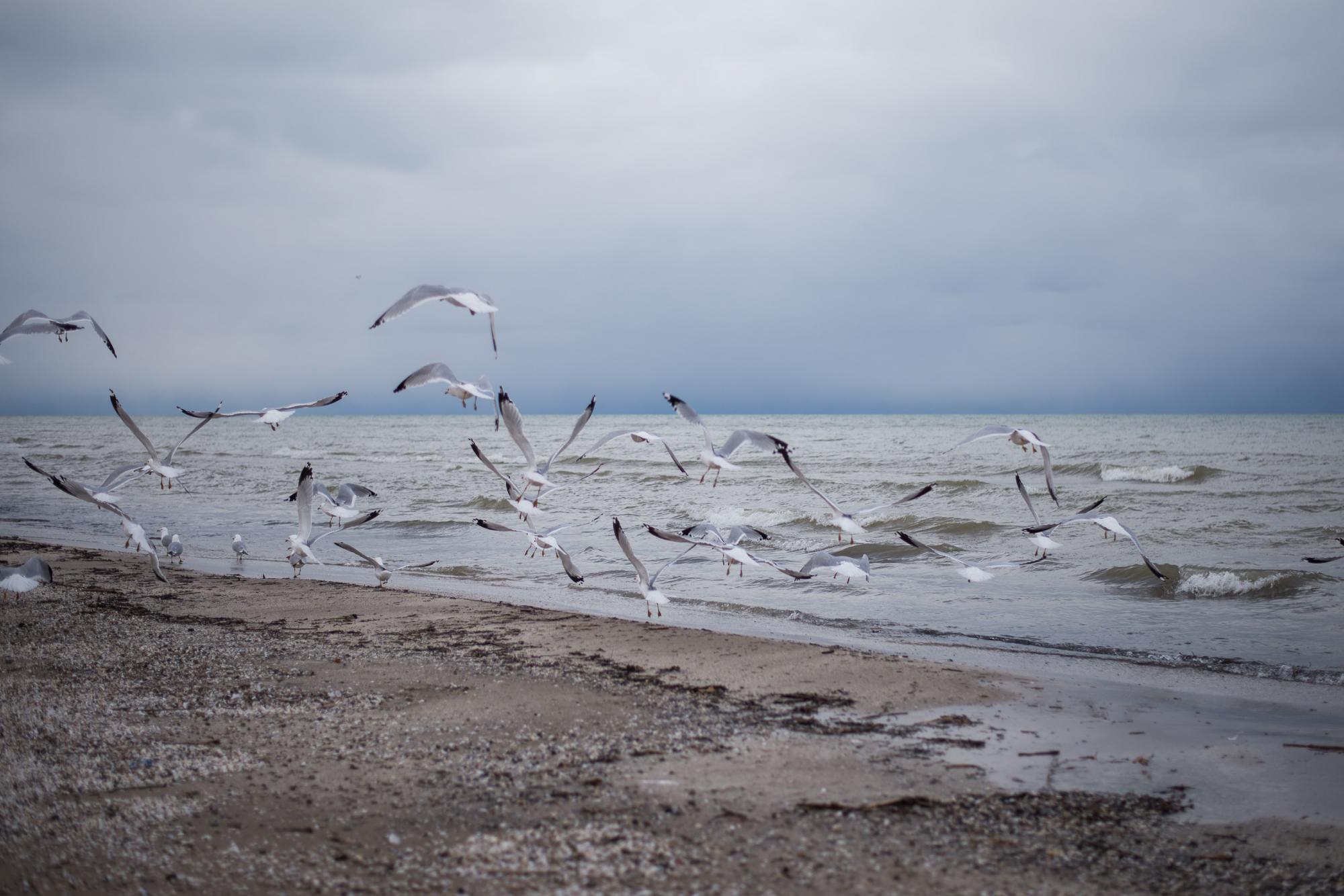 Human claims to the Great Lakes' water may prevent the movement of some species of plants and wildlife, but it has enabled the rapid spread of others.

“There's a lot of concern about the impact that aquatic invasive species have had on the Great Lakes including from zebra mussels and sea lamprey,” Doss said. “It's a priority for our region, to the extent we can, to manage and control those invasive species that are already in the lake but also prevent the introduction of new non-indigenous species. Often when new invasive species become established in the lake its very difficult to control or manage them, so the priority is to prevent them from being introduced in the first place.”

According to the EPA, at least 25 non-native species of fish like Asian Carp have entered the Great Lakes ecosystem since the 1800s, along with many other plant and animal species. Rates of infestation have risen in recent decades however, and some species are beginning to cause significant issues.

“Zebra mussels have been able to get a hold there since the 80s and have caused all sorts of economic and ecological problems,” said Keiner.

The mussels' shells are also very sharp and can make barefoot walking difficult or dangerous when they wash up on beaches en masse. Aside from shellfish, the Great Lakes has also begun to suffer from the presence of one of the most successful invasive species of the modern era: plastic. According to a 2016 study completed by RIT researchers, 22 million pounds of plastic enter the Great Lakes each year from American and Canadian sources. While encountering a field of trash where one expected to find a pleasant beach can ruin a weekend trip, the dangers of water-borne plastic don't stop there.

“Plastic microbeads became really big in body washes over the past couple of years and Great Lakes researches did pioneering research showing that these tiny beads are getting into the food chain of aquatic species. And then of course when we eat those fish, we're consuming all of this micro plastic as well,” Keiner said.

The rash of trash spreading across the Great Lakes is one side effect of human presence in the area — effects which must be mitigated or stopped if we are to continue using the water and its surrounding ecosystem as a resource.

We view the Great Lakes as a natural treasure ...  But we also know that it's a fragile resource.

“We view the Great Lakes as a natural treasure with all the fish and the wildlife but also as a tremendously important economic asset for our region,” said Doss. “We're surrounded by the vast majority of our nation's freshwater and that's an incredibly valuable asset that really gives us a competitive advantage when it comes to economic development supporting growth in our cities. But we also know that it's a fragile resource, that pollution, invasive species and other problems can really hinder our ability to use and benefit from that water.”

From an economic and ecological standpoint, the purity of the water is criticalin order to continue its use as a manufacturing tool and to a source of potable drinking water. Matthew Bartlow is a fourth year Mechanical Engineering major and vice president of Events for the RIT Outing Club. He grew up in the Great Lakes area.

“The Great Lakes are how a significant portion of the North East gets its fresh water. So we really need to maintain that as a somewhat clean drinking source. Right now it's not clean enough to drink. It's not close,” Bartlow said. 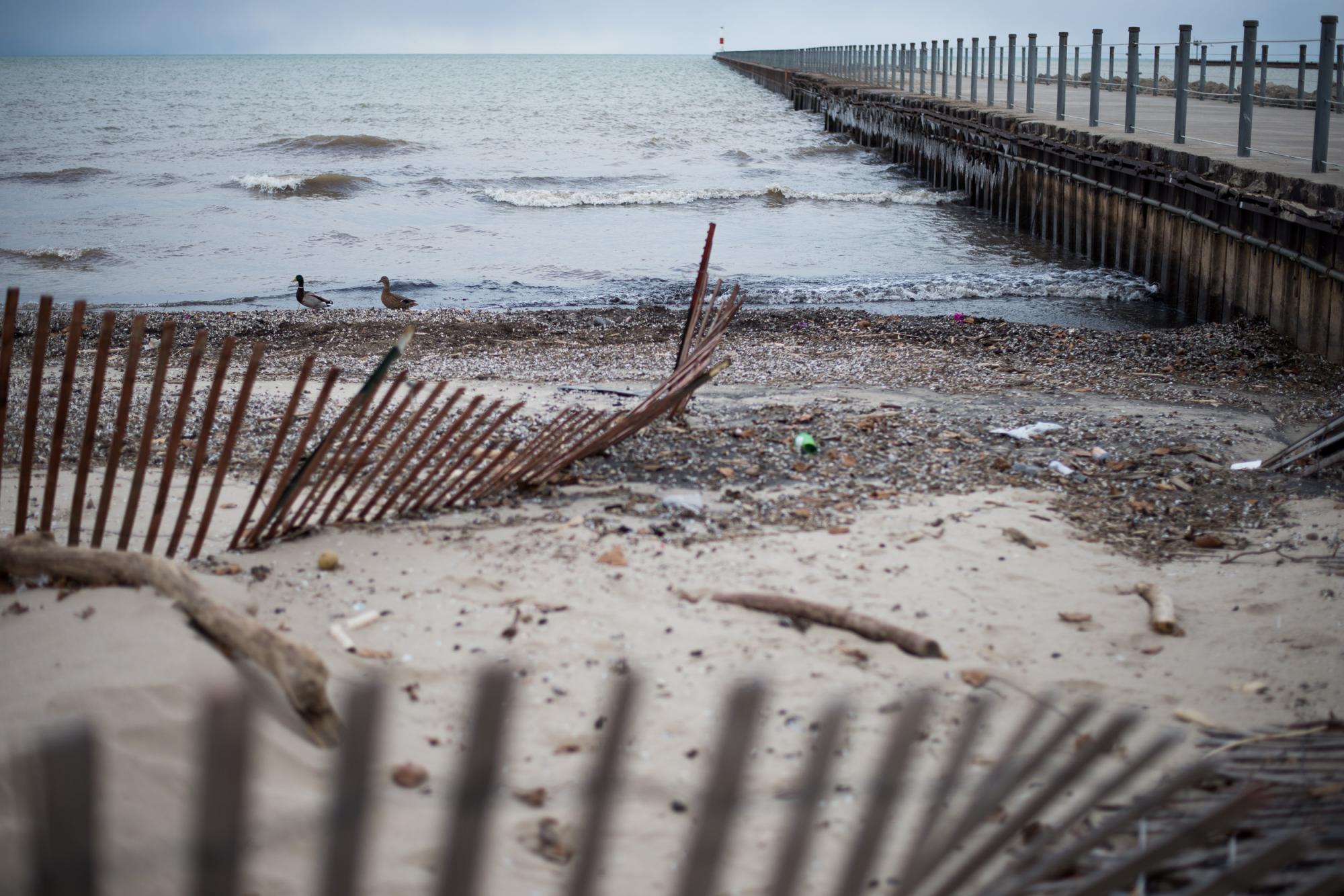 “One of the problems is there are certain species of algae that release toxins harmful to humans and so if one of those algal blooms gets too close to a city's intake, it can really make the water undrinkable for people. That's happened a few times on Erie,” Bartlow added.

Keiner was in agreement. “Lake Eerie is one of the most eutrophied lakes,” she said. “It's because on their western end they've got a lot of farmland and a lot of application of pesticides and fertilizers."

Eutrophication refers to the process in which excessive nutrients penetrate a body of water, causing a dense growth of plant life like algae followed by the death of animal life. In eutrophic lakes, masses of light-starved plant growth like algae blooms switch from producing to consuming oxygen, which in turn kills the animals in the water. Nutrients from agricultural fertilizers as well as runoff from industrial-scale animal feedlots (read: cow poop) are common causes of toxic algae blooms such as the one which shut down Toledo, Ohio's water supply in 2014.

"That was was a real wake up call about the threat of what we think is an abundant kind of inexhausatble supply of fresh water and here we have a city of some 500,000 people that couldn't drink the water coming out of their tap,” Doss said.

Cities like Toledo which drain potable water from the Great Lakes generally place their intake pipes miles out from shore, but as eutrophication of the lakes continued expanding into the interior of the lakes, the pipelines kept getting longer and longer.

“That is kind of a traditional solution of cities to keep going further and further out, but at some point there's still going to be a lot of pollution regardless of how far away you are from the source,” Keiner commented.

Numerous voluntary measures have been created with the intention of reducing agricultural, industrial and residential run-off, but laws still remain relatively lax. The Great Lakes' watershed is enormous, which means pollution can originate in a different state hundreds or thousands of miles away from the body of water it eventually settles in, making legislation is difficult to enact.

The challenges facing the Great Lakes ecosystem are complex and require the participation of government, business and private citizens over the span of many years.

“I myself have gotten into stand-up paddleboarding. That makes me think in a much more personal way about pollution cause when you're on a paddleboard you're almost always going to end up falling off, and I've never realized before in such a visceral way how disgusting it is to see how dirty some of our bodies of water are,” Keiner said.

"I've never realized before in such a visceral way how disgusting it is to see how dirty some of our bodies of water are."

Bartlow suggests a number of recreation venues in the Great Lakes area, both on and off the water. “Hamlin beach is about an hour from RIT and that's a pretty popular [beach]. The city of Rochester has Sherlock beach which is in Ontario Beach State Park and Durand beach is in Durand Eastman Park ... they get pretty good crowds every summer," Bartlow said.

Bartlow also recommended some other places, if you don't mind a drive. "Chimney Bluffs is a good one, an hour east of here. Easy hiking, great views right on the lake there. A little closer to home is Webster Park about 20 minutes north. It's got a nice pier and plenty of hiking trails getting you right on the lake there. Another nice place to go would be Sodus bay. It's a popular weekend destination sort of place. Lots of cabins and houses to rent out for the weekend. People go there for sailing,” he said.

“I really do wish that our lakefront was more visible,” Keiner said. “I've lived here a long time and never realized we've got beaches here like Charlotte. It's a really great recreational opportunity. Students should take advantage of our water sports here, and not take it for granted that every time they turn on the sink clean water is going come out.”