RIT is something of an oddity in academia. It's a big, modern tech school with world class funding and programming plopped on a half-developed swamp between a suburb and a large city. The unusual juxtaposition of tech and nature might be cause for complaint to some, but for the enterprising and curious Tiger, it provides unexpected opportunities for adventure.

"For the enterprising and curious Tiger, [RIT] provides unexpected opportunities for adventure."

We often only see what's directly in front of us. The next time you're feeling cabin fever coming on, don't waste your time on a bus downtown — just take a few steps off the beaten path of your daily routine. For those willing to look, there's much more to RIT than first meets the eye. Here are just a few examples. 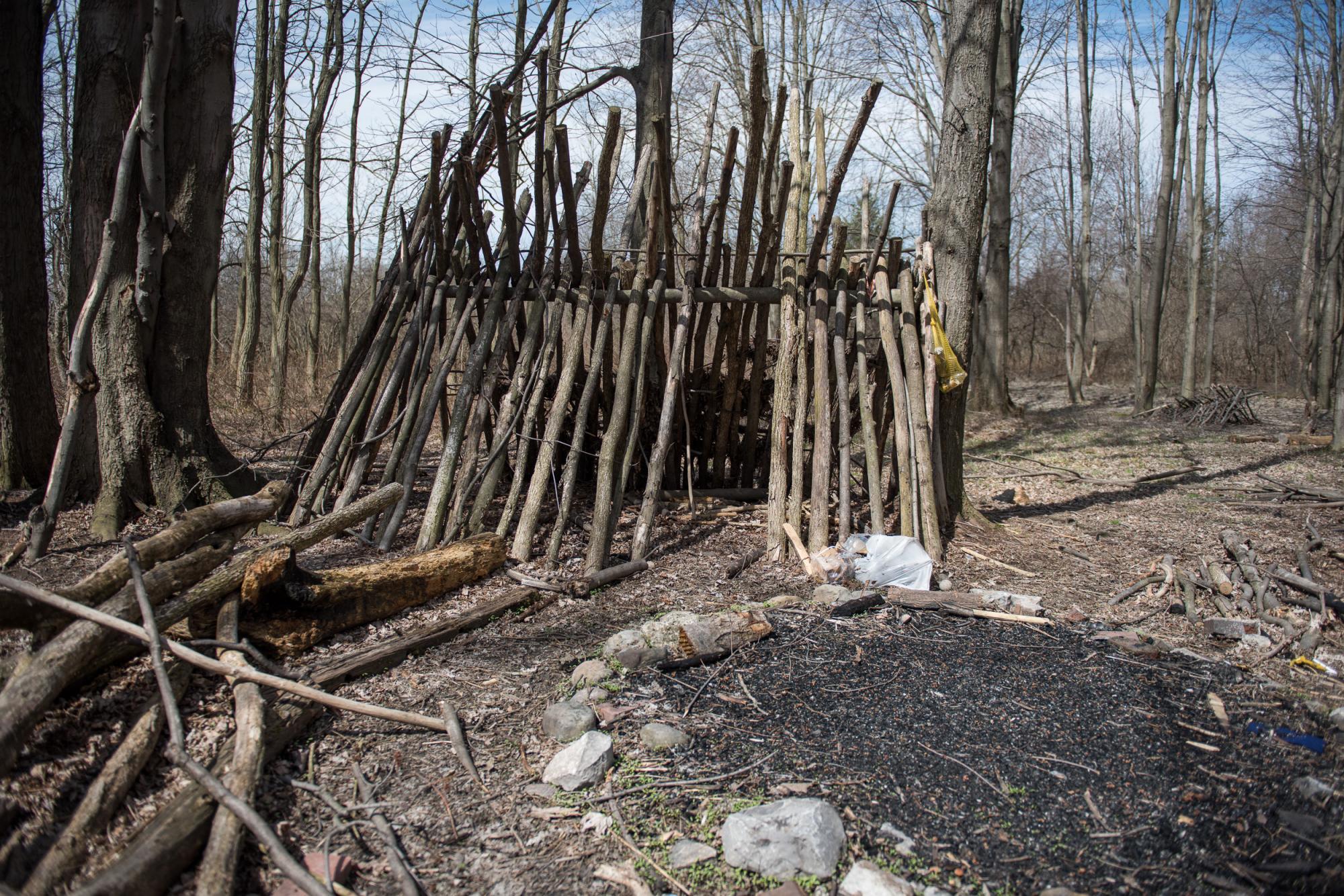 The next time the climate-controlled monotony of brick classrooms and dorms starts getting to you, step out for a walk on one of the trails crisscrossing the woods behind Gracie's. Maps are available from the outdoor education office at the fitness center, or you could explore for yourself.

Unlike these artificial environments, the trails are always changing. In the fall, a canopy of brilliant orange, yellow and red envelops the traveler meandering down the gently-winding paths. In the winter, the stream draining the forest often freezes solid and snow erases the walking paths to create a fresh slate for you to make your own way. During spring, heavy rains swell the wetlands lining the pathways and nearly overtake the trails. A walk in the woods becomes an expedition through a forested swamp.

If you continue off the beaten path, you will find yourself in a peaceful world of silent trees and marshlands budding with fuzzy cattails. Press on and you might discover a secluded camp complete with a bonfire pit, a stacked stone throne and several cozy lean-to's. If you are very quiet, you could stumble upon a small herd of deer grazing beneath the woodpeckers and songbirds tapping out the tune of the forest from the branches above. You might even find the RIT boneyard. Don't tell anyone about that though, it's a secret.

The RIT campus was once a family farm bordered by unspoiled upstate wetlands before it became the Brick City we all know and love. It's no Adirondack retreat, but enough undeveloped land remains for an easy afternoon getaway that will leave you feeling refreshed and ready to hit the books again upon your return to civilization.

If you prefer the scent of aluminum shavings and lasercuts to the earthier notes of the woods, consider taking a detour to the Construct, RIT's first open maker space. Nested atop the fourth floor of Institute Hall, the space boasts laser cutters, CNC (Computer Numerical Control) mills and circuit board equipment. You'll even find woodworking tools, including a band saw and power sanders among an ever-evolving lineup of 3D printers.

The resources at the Construct are open to the RIT community. Though trying out all the techy toys is an adventure in itself, the real treasure is the people using them. Working on projects at the Construct is a great way to meet people from different disciplines across the university. A weekend fiddling with 3D printers could lead to a new roommate, a startup business partner or a new sparring buddy to test out the replica Kylo Ren lightsabers you just printed. Mind those side blades on the handle, now!

RIT has big bucks. The university is also striving mightily to rid itself of an architecturally bland reputation which has dogged it since the first rectangular brick buildings were completed 50 years ago. Put those factors together with new construction aimed at accommodating an expanding student base and you get some pretty interesting architecture. Perhaps more importantly, some of the newer buildings feature a lavish use of interior space. 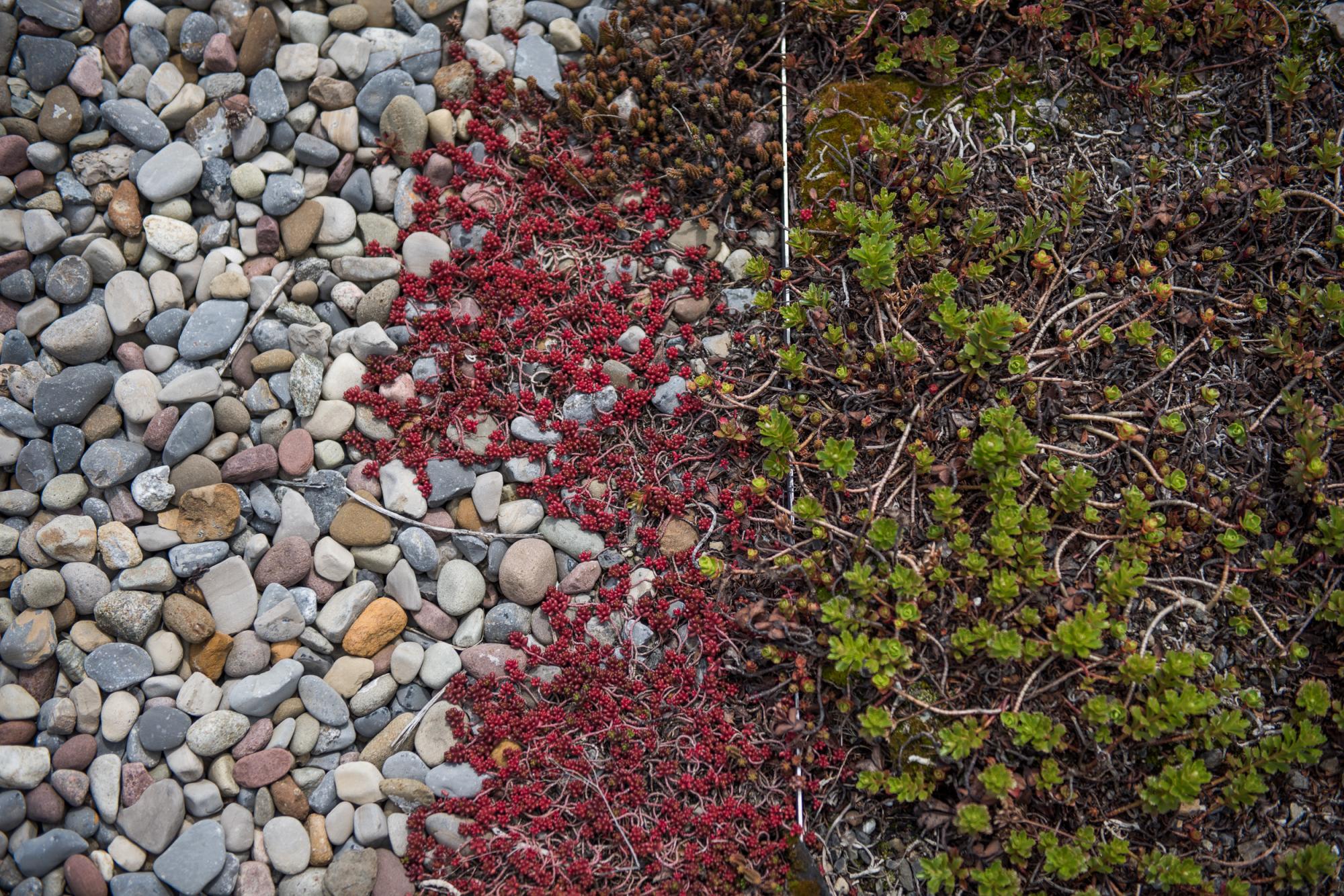 If you're a Gleasonite or Boothian confined to the drab brick and whitewash walls of the older academic buildings, consider taking a walk across the glass-encased sky bridge connecting Gleason and Golisano. Eat lunch beside a view of the green roof atop the central chamber of the Golisano Institute for Sustainability. You could finish your trip with a siesta in one of the spacious modern lounges in the adjoining College of Health Sciences and Technology.

Whatever college you call home, time spent exploring in places off your own beaten path is rarely wasted. There are a vast number of resources on campus for relaxation, study and research available for anyone who looks. You never know when the discoveries of one adventurous afternoon might come in handy down the line.