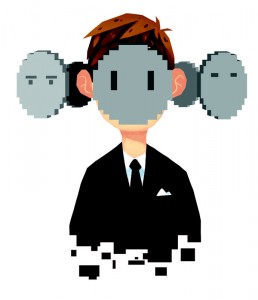 “It’s not who I am underneath. It’s what I do that defines me.” In the 2005 film “Batman Begins” Bruce Wayne (Batman) discloses to his longtime friend his explanation for not revealing his identity. Batman, along with other superheroes, chooses to separate his identity from his actions because he does not want to have his after-hours activities affect his daily life. For the rest of us, the internet provides the same option for anonymity as the possibilities for separation between our online persona and our daily lives continues to expand.

Like those comic book heroes, there are many people who perform radical tasks and use anonymity to avoid persecution. Now with the computer generation, the ability to share more information more quickly and easily has led to new methods of anonymity, even if the purpose remains unchanged.

If someone back before the computer era wanted to declare something radical, they usually used a false name. One of the earliest examples of this can be found in the early age of our country. In 1776, Thomas Paine, a political activist, author and revolutionary created the pamphlet “Common Sense,” a 48- page script giving the argument that America should separate itself from the British and becomes its own nation.

Paine knew that an action like this would immediately be met with the reaction of a quick execution, so instead of using his own name he used anonymity to his advantage. The pamphlet, which was “written by an Englishman,” did two profound things. The first is that it allowed people to focus on the facts. Additionally, because Paine was anonymous, he could continue to work on documenting ideas for shaping our nation without the complete fear of the militia knocking down his door.

About 200 years later, Mark Felt, former associate director of the FBI, became one of the most important people in the world of anonymity through journalism. Despite his role in history, he is better known by his alias, Deep Throat. During the Watergate Scandal, where President Richard Nixon was accused of abusing presidential powers, Mark Felt, under the pseudonym Deep Throat, provided information about the illicit actives being conducted to journalists Bob Woodward and Carl Bernstein. In spite of fear of persecution, political suicide, jail time or the very real possibility of death he still acted against the president. To limit the possibly of those repercussions, Mark Felt used an alias to make sure that the information would not be traced back to him.

From the court invoking witness protection rights to a priest’s responsibility to protect confessions, anonymity has been built into our society and its governing rules. It is pretty simple to say that there are some things we do that are better left unsaid. On a larger scale, anonymity plays an important role in the creation of new radical ideas.

Today, anonymity can play a similar role; however, it can also take a variety of different forms — especially given the range of forums, social networking sites and Facebook pages that encourage anonymity’s use.

Whether proposing radical ideas or making unpopular statements, the growing interconnectedness of the world through the internet makes it easier for the information people share to affect both their social and professional futures. With the use of anonymity, people can keep some of the information that they share separate from their reputation and from both their lives online and in the real world. This freedom comes with the confidence and the ability to be more open and honest.

However, this freedom can also lead to dishonesty in the information people share. From false social media profiles to cyber-bullying to trolling, the ability to maintain anonymity becomes less appealing and some of the reasons people choose to remain anonymous can start to appear quite petty. But even if we wish others would stop abusing their anonymity, it seems like a privilege and a freedom that few are willing to give up themselves. Many choose to hide what they post now in fear of persecution even if it’s on a different level than those in the past, e.g. Thomas Paine and Deep Throat. That fear of being persecuted and having our entire lives defined by a single moment or action drives the desire for anonymity.

In a 2010 TED talk, Christopher “moot” Poole, creator of the forum site 4Chan, finds that, “[Using anonymity and] saying whatever you like, I think, is powerful. Doing whatever you like is now crossing the line. But I think it’s important to have these places.” These sites allow people to express themselves and their views of the world without fear of affecting their future. This purpose for anonymity appears consistent throughout history and, from looking at modern trends, seems unchangeable.