Natalie Hurd began playing soccer at a young age in the footsteps of her two older sisters. Not unlike most kids, she tried out other sports like basketball and ballet, but the only one that lasted was soccer.

"I did ballet for six years," Hurd said. "I'm surprised it lasted that long because I'm really not coordinated like that."

As time went on, Hurd chose soccer as her main focus in sports. She plays Outside Forward and enjoys that it "allows creativity and a lot of discipline in the way you play." She gets to help her teammates score goals, and when given the opportunity, scores them herself.

Soccer is important in Hurd's life, but so is her education. She is an Industrial Engineering major who just scored a co-op at Thermo Fisher Scientific. She knew RIT was a great school for her major and when she visited, "it just clicked," she said. Being at RIT has not only benefitted her academically, but she says that the best thing about playing soccer at RIT is the relationships she has gotten out of it.

The team is close knit and has bonded a lot over Hurd's time here. When the team is feeling down, the coaching staff puts on skits about the next team they will be playing to cheer them up.

"It's hard to be selfless all the time," Hurd said. "You go to practice whether you're a starter or you don't play a minute, but it feels much better to be on the team and just have a positive outlook." The team works hard to support each other, even when times get difficult.

Hurd has always had her team on her side when she needs them, just like a group of good friends. She overcame adversity once, by continuing to play after having surgery on her back in 9th grade, but was faced with another challenge in college. Toward the end of her freshman year, Hurd tore her meniscus badly and had to undergo two surgeries, but that didn't stop her.

"It's really easy to say, 'Poor me,' but I really tried to look on it as an opportunity to come back stronger," Hurd said. She still went to every practice her second year and always felt like she was a part of her team thanks to her teammates.

Just like any one of us, Hurd works hard as both a student and an athlete. She does her best and despite anything (surgery, stress, conflict or college in general) that she has had to face and she has made it through. We all go through hard times, and she deals with them by playing her best game like you might by playing video games, singing your heart out or taking a really long nap. Hurd may be an incredible athlete, and she plays soccer better than most of us, but she's a human, just like you. 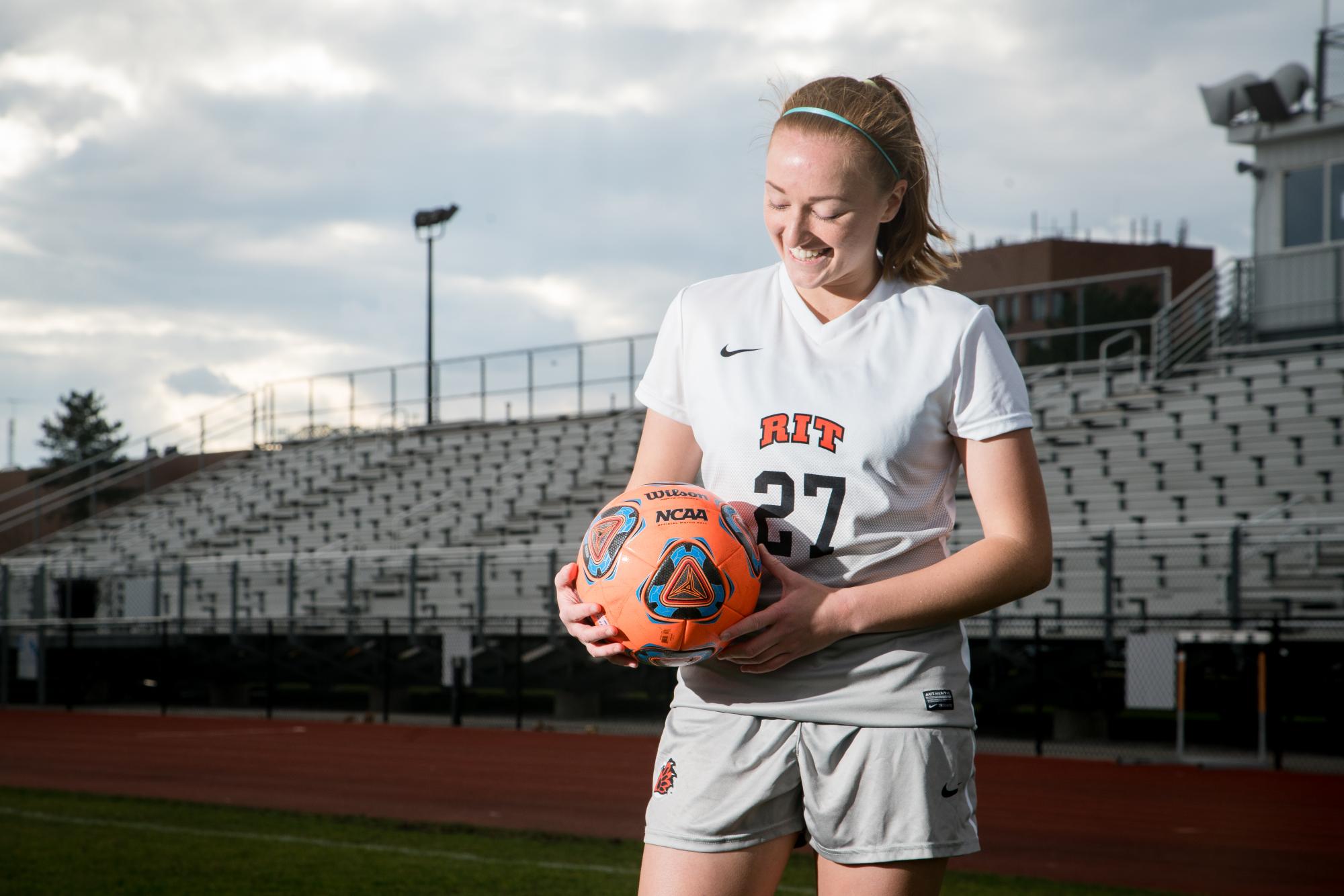