Kelly Rogers watches videos with her roommate/teammate the morning before her soccer game on Oct. 10, 2015. Photography by Dominique Hessert.

These are the typical responses from RIT athletes or their teammates when asked if they would be willing to talk about the LGBTQIA+ community in sports.

Coming out in general is not an easy task, and coming out as an athlete seems to be exponentially more difficult.

There is a standard held for athletes of the college and professional division alike. That standard tends to go hand in hand with the fear and feelings of being ashamed for coming out, for showing other athletes, and even fans, who you really are. 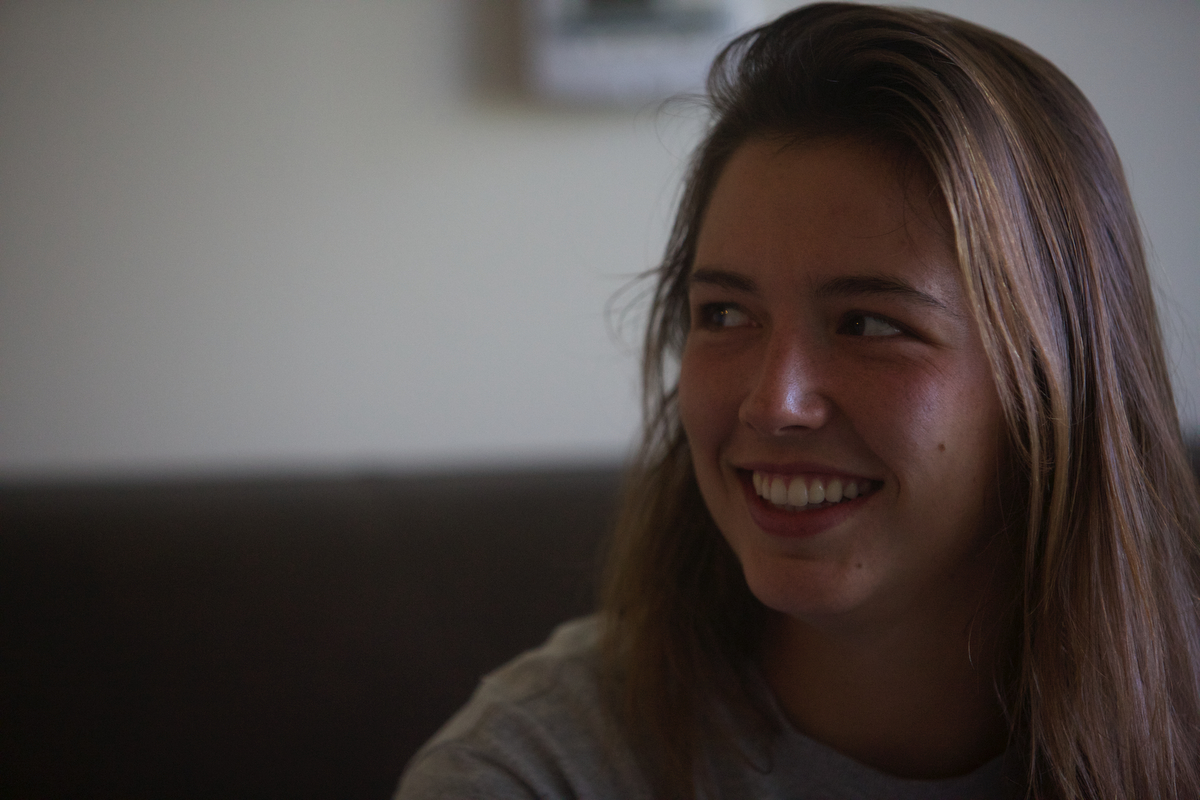 While there was some difficulty finding anyone to interview, there was one girl who stepped up to the plate (literally and figuratively), confident and unashamed: third year Industrial Design major and RIT softball player, Sam Killian.

When asked about how she came out as gay, Killian told her story as if she was just talking about what kind of car she drives or what she ate for breakfast — relaxed and nonchalant.

"Stereotypes are a big [issue]," Killian said. "People think softball is the classic 'gay girl' sport, but you can go into any athletics and you're going to find it."

The only thing stopping athletes, or anyone, from coming out is the pressure they put on themselves stemming from the expected backlash and negative labels that society has given them. In a sense, we're taught that being a part of the LGBTQIA+ community is wrong. Instead of being supportive, people tend to treat their friends and family members who come out differently. Disapproval and hatred are still directed toward this community.

Killian offered a word of advice for any athlete that has not come out yet.

"Just do it. You'll be more happy and if people reject that, they're usually not your friends," she said. "True friends really — I know it's cliche — will accept you for who you are. No matter what. Even if it is scary to you, you gotta do it and you'll just be so much more happy because hiding it and covering it up is so stressful."

Student athletes should not feel alone. The ongoing struggle of being an athlete in the LGBTQIA+ community is something that occurs to anyone in the sports field.

Kwame Harris was the first round draft pick for the San Fransisco 49ers in 2003 and played six seasons in the NFL. Just before the Superbowl in January, he was outed due to an alleged altercation with his former boyfriend. However, the real focus of the event turned towards his fellow teammate, Chris Culliver who objected to Harris's lifestyle.

"I don't do the gays man... No, we don't got no gay people on the team, they gotta get you out of here if they do... Can't be... in the locker room. Nah," said Culliver in a press interview.

Inappropriate commentary like that from someone that was seen as a friend to Harris is exactly the problem the LGBTQIA+ community faces. Things can change for them the moment that someone finds out their gender, sexuality or romantic preferences. 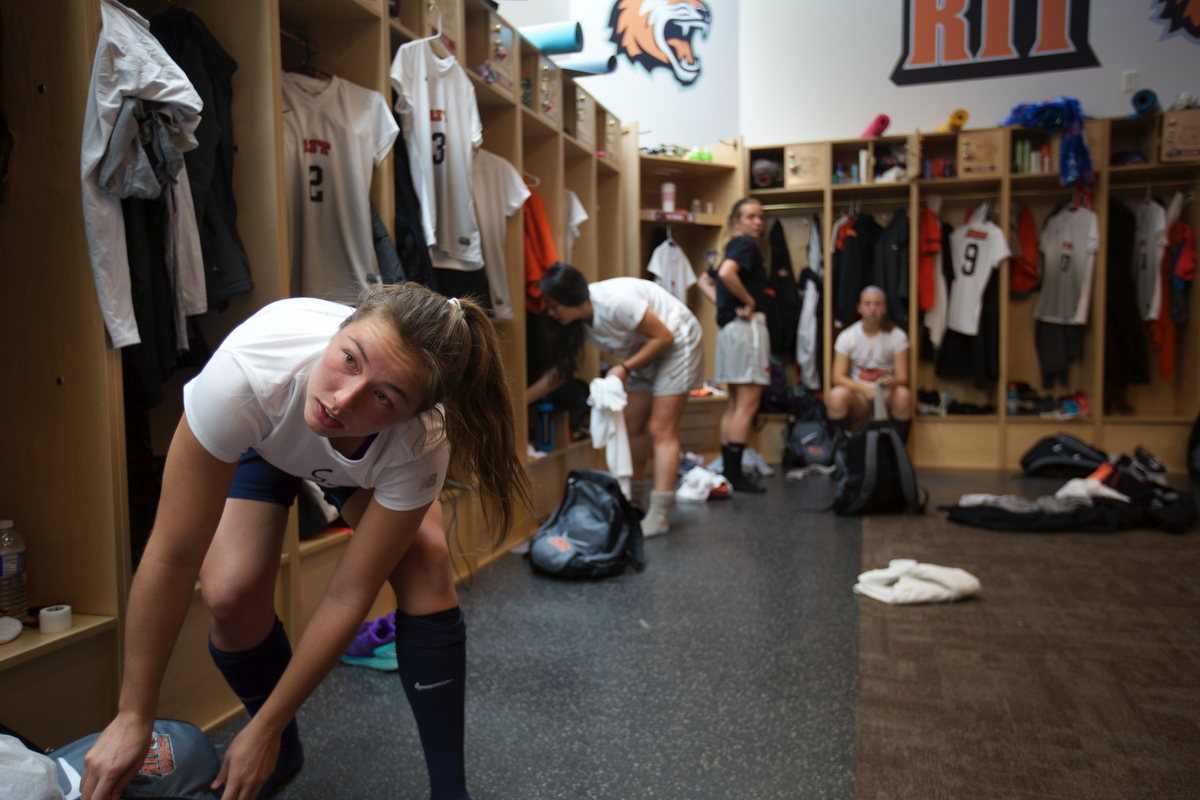 Kelly Rogers, a second year Mechanical Engineering major and soccer goalie, was another student who felt comfortable discussing her bisexuality.

"With our team at least, my coach puts a lot of effort into... our team mentality and how we talk to each other," Rogers said. "Last year we did this safe space training here, it was good for everyone to be a little bit more understanding... It was to open up forum, for everyone to be more comfortable talking about [having gay girls on the team]."

Rogers also mentioned that she wasn't the only one on the team who is part of the LGBTQIA+ community. With all of the girls supporting her when she came out to her teammates this year, it was the moment she had felt the most accepted in her life.

As an athlete, your team can lift you up and support you, or bash you down and break you. For the RIT women's soccer team, there is only one option, and that's to have each other's backs.

Caitlyn Jenner, previously known as Bruce, was and still is one of biggest, most covered cases of an LGBTQIA+ individual in athletics we have seen. It is safe to say that she was an athlete god. She competed in the 1972 and 1976 Montreal Summer Olympics, taking home a gold medal in the decathlon. Then, after much speculation, it all changed in 2015.

People are confused. They feel as though they do not know about these topics and the immediate reaction to things one is unsure of is fear. Maybe in another 20 years this can just die down and be exactly what it is. Jenner is a person who didn't feel as though she belonged in the body she was given. She came out as transgender and she represents the thousands of other transgender people wishing to do the same and have people accept them for who they are.

Megan Rapinoe, US Women's National soccer player and recent World Cup champion, was recently quoted in an article posted on The Huffington Post website stating: "I think it's pretty cool, the opportunity that I have, especially in sports, because there's not really that many 'out' athletes. I think it's important to be out. It's important to stand up and be counted and be proud of who you are. I'm happy if I can help anyone else in their struggle. I'd like to make a positive impact on people." 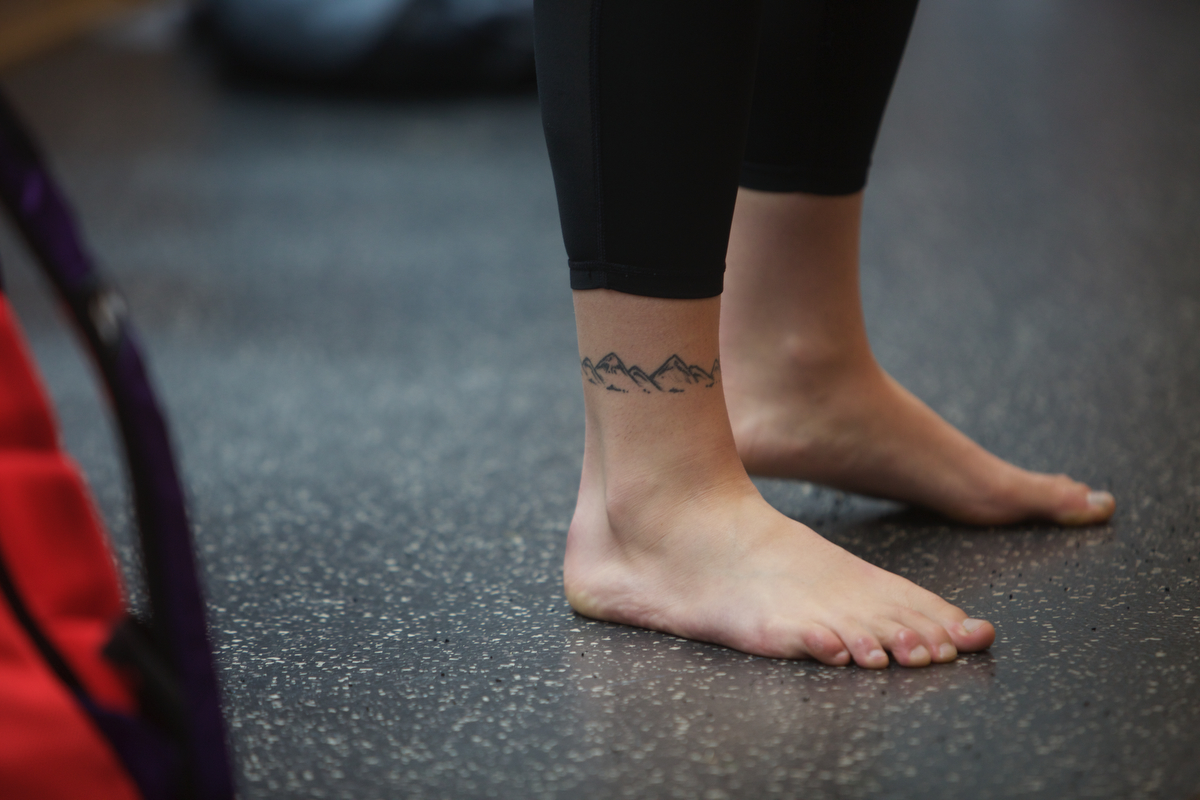