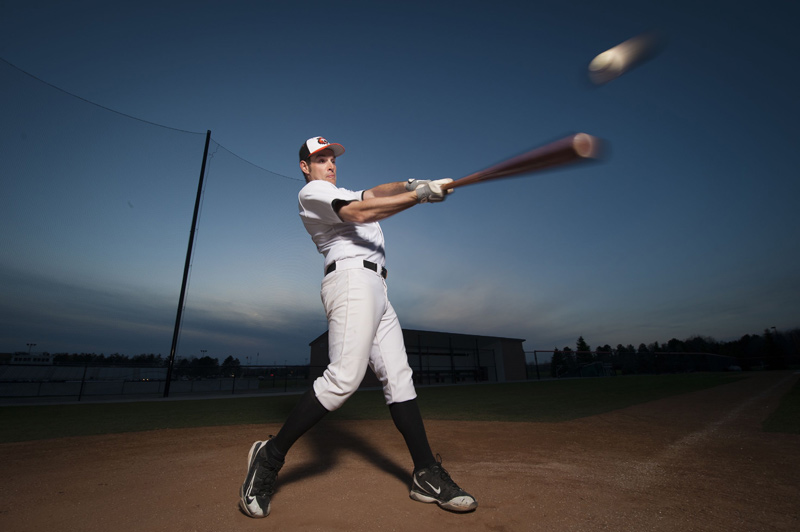 “If I can be the leader that brings us all together, that’s going to go way further than what my batting average is or how many hits I have,” said Brian Brazee, fourth year Finance major and captain of the Men’s Baseball team.

Brazee has been playing baseball since the age of eight. When he joined the RIT team as a freshman, only about 10 players showed up to off-season practices. However, the team has made great strides from that point. Now, the group consistently receives full attendance, and for the first time the men walked away from their annual, season-opening trip to Florida with a winning record of 4-2.

For the past two years Brazee has served as team captain. His primary responsibilities include running the pre-season training program and mentoring underclassmen, just as the upperclassmen did for him when he entered the Institute. Brazee wants new students to feel they can approach him about any subject, not just baseball, but also other problems such as relationships and academics. With his personal connections to his team members, Brazee says he leads the men to work as a unit, as opposed to 28 individuals.

While Brazee said that balancing school and baseball can get hectic during the spring when the team has doubleheaders every weekend, it is worth it to experience “the grind of the season,” which he describes as the sensation of going through the best and the worst every week with loyal teammates. Brazee loves every bit of the experience: building comradery, watching the underclassmen grow and realize their potential, putting on the uniform and pretending to be famous Major League Baseball stars.

“The relationships you make with guys you’ve been on the team with, it’s something that can’t be replaced,” said Brazee. “The friendships I’ve made, that will be the one thing I take away from RIT.”

After graduation, Brazee plans to work for M&T Bank and play in a competitive summer league in Buffalo. He is considering coaching baseball someday. 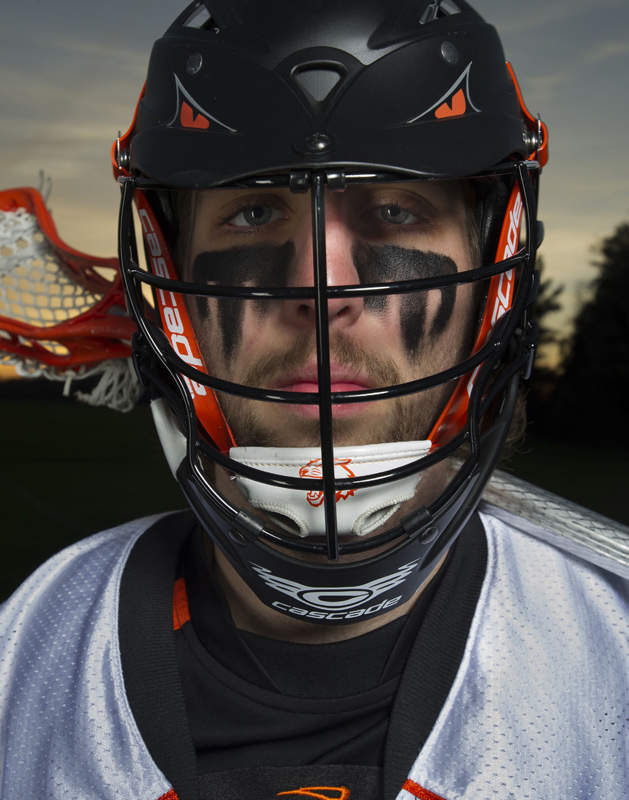 “I grew up playing soccer,” fourth year Marketing major and senior lacrosse captain Elliott Cowburn says with a wry smile. “Both of my parents are from England, so of course soccer was a big deal in our family.”

Cowburn stands at 6 foot 3, considerably taller than the average soccer player. “Because of my size, I wanted to play something more physical,” Cowburn explained. “One day I went to a friend’s house and saw him messing around with a lacrosse stick. The rest is history.”

The Men’s Lacrosse team welcomes freshman in the “Fall Ball” with physical tests followed by off-season fitness challenges led by senior captains. In January’s pre-season the team is swept into a grueling practice regimen that continues through the end of season in May. “It is difficult to organize your time,” Cowburn says, “I take things on a day-by-day or week-by-week basis.”

The team is held together with the mindset, “Make today count!” and a close-knit atmosphere that gives them strength during Head Coach Jake Coon’s “Hell Days.” “Coach says, ‘What are you willing to do today to differentiate yourself from any other team?’” Cowburn explains that on rough days he thinks back on the loss of his teammate Willie Rago, who passed away Sep, 15, 2010 after a battle with leukemia. “I always wear this wristband with his name on it to remind myself that we just want to make him proud.”

Cowburn says that while there are not a lot of avenues to play lacrosse after college, a multitude of RIT alumni have entered into professional teams. Rather than pursue a graduate degree or a career in lacrosse, however, Cowburn wishes to do humanitarian work abroad. “I’m really interested in the organization Fields of Growth which works to bring the sport of lacrosse to African orphans.”

In May, Cowburn will be ready to walk off the field upon his graduation with this thought: “Knowing that I’ve created a mentality at RIT lacrosse — to establish a close knit atmosphere with other players and help them both on and off the field — is amazing.” 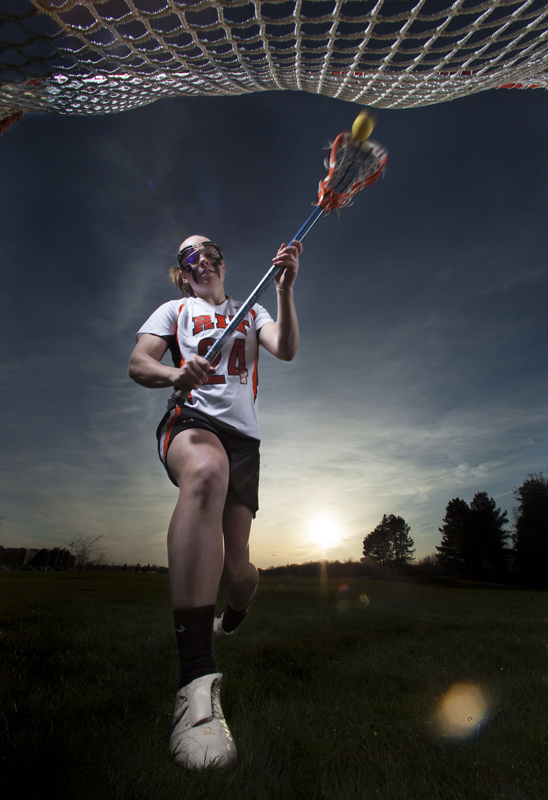 Shelby Vakiener, fourth year Civil Engineering student, is an involved athlete on two RIT sports teams: soccer and lacrosse. She began her lacrosse career in second grade when her parents signed her up for a summer camp.

Vakiener says she loves the atmosphere of her team and the fact that they all hang out together. Her best friends are on the lacrosse and soccer teams here at RIT and she has enjoyed the bonds she has made with her fellow lacrosse players.

“You could walk into the locker room at any time of the day and there are always some of us hanging out. There’s always food too,” Vakiener says with a smile.

She says her favorite moment in lacrosse was during her senior year of high school when her lacrosse team from Fairport, NY made it as one of the final four teams of the state.

This will be Vakiener’s last year on the lacrosse team, where she played midfield, despite the fact that she will not graduate until spring of 2014. This is a result of the rule that members of sports teams can only play for four years, even though Vakiener is enrolled in a five-year program. Because of this she plans on coaching a lacrosse team next season and playing her last year of soccer in the fall.

After graduation, Vakiener hopes to combine her major and her love of sport. “My ideal job would be to design sports stadiums and fields,” Vakiener says.

Vakiener retires her lacrosse stick with the school record for the most goals in a single game, now nine after surpassing the 2004 record held by Kelly Martin, and the career record of 230 goals total. She was recognized as the 2012 Liberty League Player of the Year.