Groups of pro-life protesters and pro-choice protesters gathered around the Planned Parenthood clinic on University Ave., Rochester, NY at 7 p.m. on Sept. 25, 2018. Some of the pro-life protesters were quietly praying over a bible, and some were carrying signs portraying images of aborted fetuses. All of the pro-choice activists were shouting chants in unison and sporting their own signs with phrases. Police officers lined the streets, carefully watching cross-group interactions. 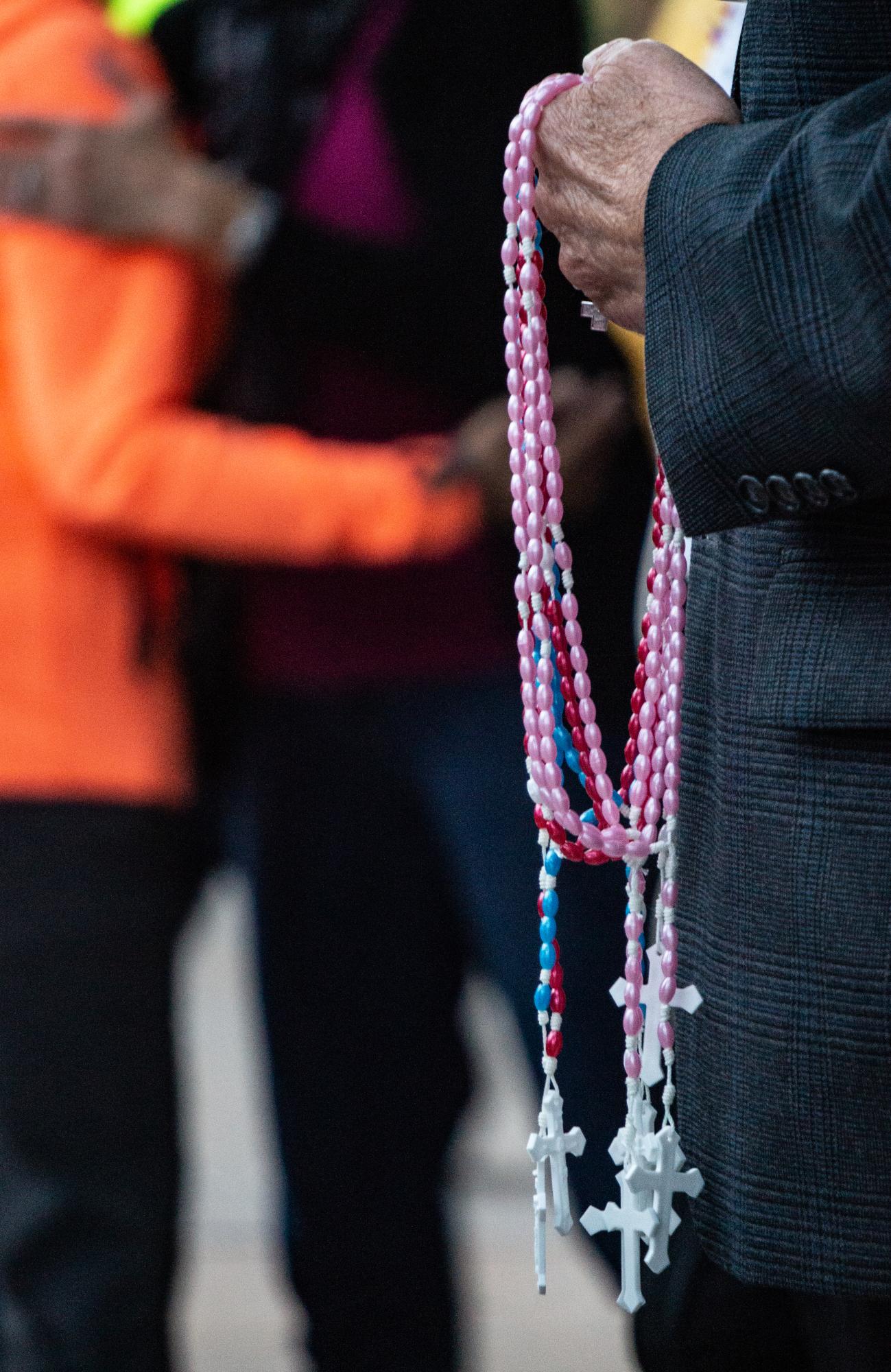 All those involved had some reason to attend the protest, whether that be a close, personal experience related to Planned Parenthood or simply the desire to add another body to their side's magnitude. Regardless, both sides displayed passion on the issue.

Luis Gomez, a pastor and Colombian immigrant, was silently praying with a friend on the edge of the protest. He explained his point of view.

“We pick out Planned Parenthood areas to express our opinion that abortion is murder. We really don’t want any confrontation. We just came here to stand outside and say we are against abortion, period,” said Gomez.

Sarah Richens, a Women and Gender and Sociology double major at SUNY Brockport, explained why pro-choice activists had shown up on the same night.

“We heard they were coming to town for 40 Days of Life, and you know we can’t stay quiet,” she said.

While the pro-life side claimed to simply want to express their opinion, some pro-choice protesters expressed that their physical presence was a step too far.

James, a middle school science teacher in Rochester, said, “It’s about making it so that people don’t feel shamed coming into a place where they get services and needs met.”

Richens is one of the people whose health needs have been met by Planned Parenthood.

“Planned parenthood saved my life two years ago. I was diagnosed with cervical cancer. If it wasn’t caught I would have died within seven months. I also have a strong affinity for Planned Parenthood because I worked here for a while,” she said. 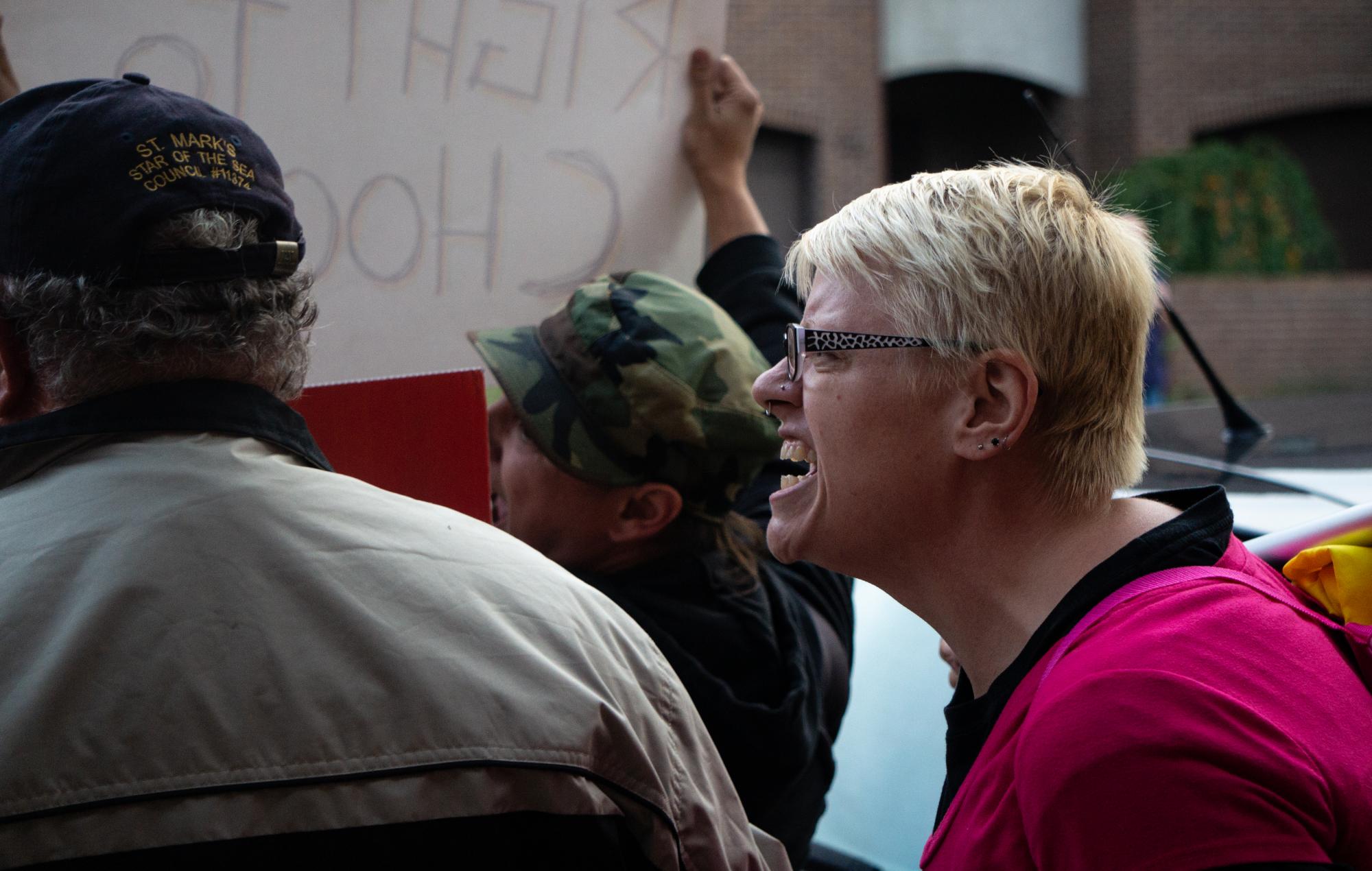 Participating activists had no shortage of accusations to say about the other side. There was plenty of confusion and misrepresentation of others’ views to go around.

"These people are angry; they are hateful."

While Gomez didn't want to stop anyone from getting an abortion, he did want to make one thing clear.

“Don’t ask me to pay for the abortion, that’s really the issue,” he said.

Richens offered her opinion on that point. “They focus on the abortion standpoints. None of the state funding for Planned Parenthood goes towards abortion,” she said.

To show a contradiction he saw from the pro-life side, James spoke about what Planned Parenthood offers.

Richens was in agreement.

“They don’t focus on the stuff that we really do for the community, like STD testing,” she said.

Richens again shared a personal anecdote that related to her experience that night.

”To be called a baby killer so many times tonight and to have my chemo and radiation take away my fertility a month after I got married ... was pretty hard to hear," Richens said. "I don’t think they have our best interest at hand, they have their agenda.”

“We aren’t here to scream, or attack anybody or call anybody names," he said. "We were able to dialogue back in the '80s. Maybe people were more civil then. These people are angry; they are hateful," he said. “They don’t realize we have a right to disagree, and they can disagree with me, and I don’t have to hate them. I wish they were a little less violent, a little less cursive and rude.”

What began as a segregated battle for sidewalk space had transformed into a conglomerate of both sides in the middle of the street. Now darker, people held lit candles while others continued their chants. Both sides seemed to think that the other’s views were not factually based.

“Feelings can betray you,” Gomez said.

No End in Sight 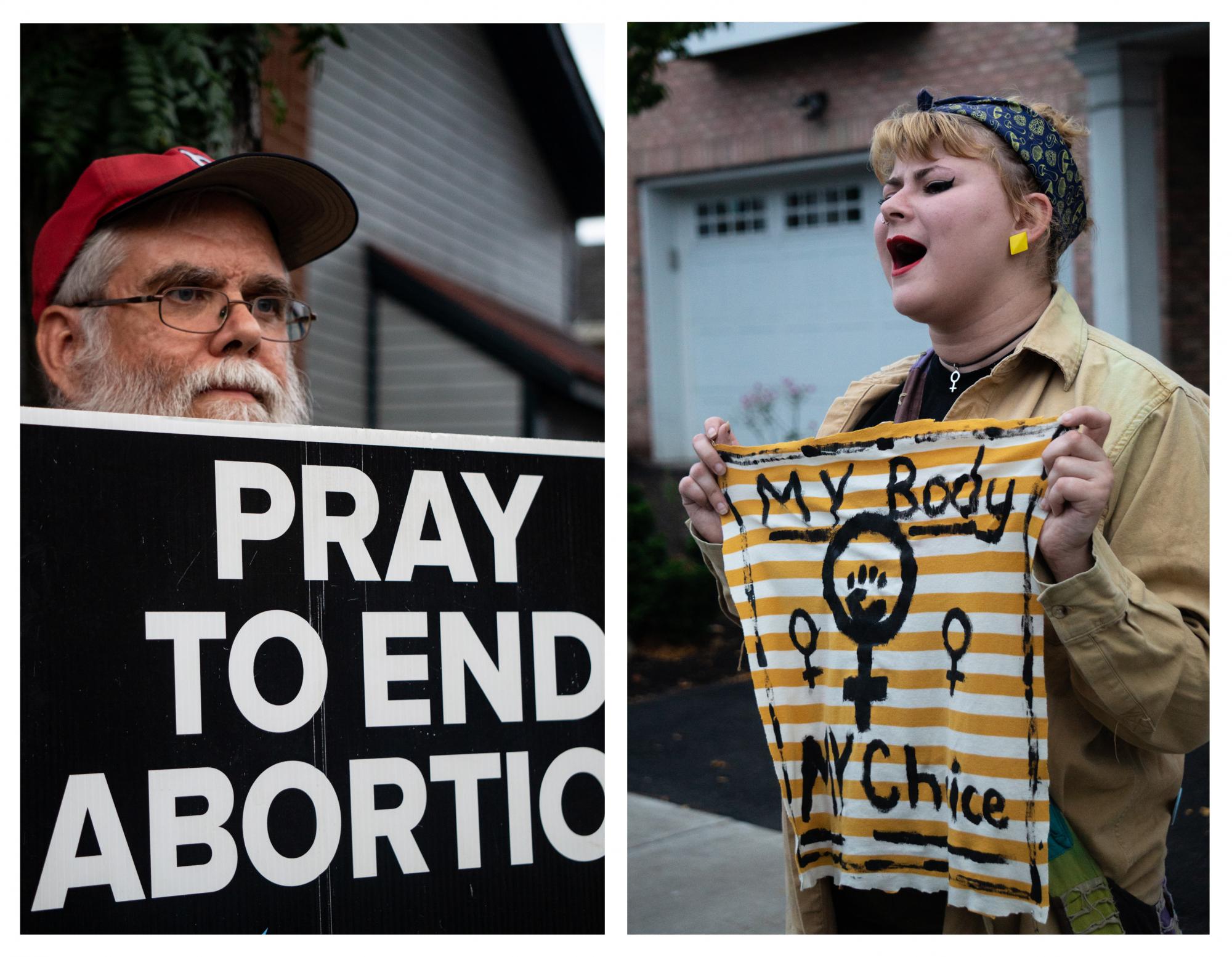 The two opposing sides fundamentally disagreed about the morality of abortion and the beginning of human life.

“The moment of conception: that’s where human beings come from,” Gomez said.

James disagreed, however. “I don’t think life happens as soon as sperm meets eggs,” he said.

This question wasn’t addressed in any of the chanting or signage that was witnessed, however, as the chants instead addressed politics. It seemed there was a mutual acceptance that neither side would be able to change anyone's opinions that night, no matter the amount of evidence behind their argument.

“I don’t think anyone’s mind was changed on the abortion stance,” Richens said.

Should views not be reconsidered, showings like these could repeat indefinitely.

Richens shed some light on the history of protests like this one.

“We have fought for our rights in this city. We have to do everything we can to ensure not only that we keep our rights but the generations to come keep their rights. My mother was fighting for abortion rights and now I still am,” she said.

Meanwhile, chants continued: “Not the church, not the state, people must decide their fate!”

Debora McDell-Hernandez, who works at Planned Parenthood, had a few final words to say when the event had simmered down and most protestors had left.

“I really appreciate the concern, the passion and enthusiasm of the people who came out here today to stand up in support of women’s healthcare and reproductive rights," she said. "We acknowledge and appreciate their concern.”

Reporter will be airing a podcast covering this protest in the near future.