A legless lizard at REXPO at the Main Street Armory in Rochester, N.Y. on Nov. 7, 2015. Photograph by Gino Fanelli.

Saturday, November 7 saw the transformation of the Main Street Armory into a low-budget Jurassic Park reboot.

Organized by Scalezz Production, REXPO, the largest reptile expo in the Rochester area, is a celebration and trade show of everything reptilian; from the typical pet store geckos and bearded dragons to meticulously bred designer pythons.

From behind a row of cases, each filled with a different slithering piece of mosaic artwork, Naples' Mark Spaid of Spaid Reptiles discussed the boom in the designer snake industry.

"It's all about selective breeding," Spaid said, gesturing to the particularly complex skin of an albino ball python. "It's knowing which combination of patterns is going to create those really beautiful results."

Spaid went on to discuss how, with the growth in breeders nationwide, prices dropped drastically for designer pythons.

"These here, which we're selling for $200, would have easily have gone for a couple thousand dollars a few years ago," Spaid said. "Albinos in particular were especially rare." 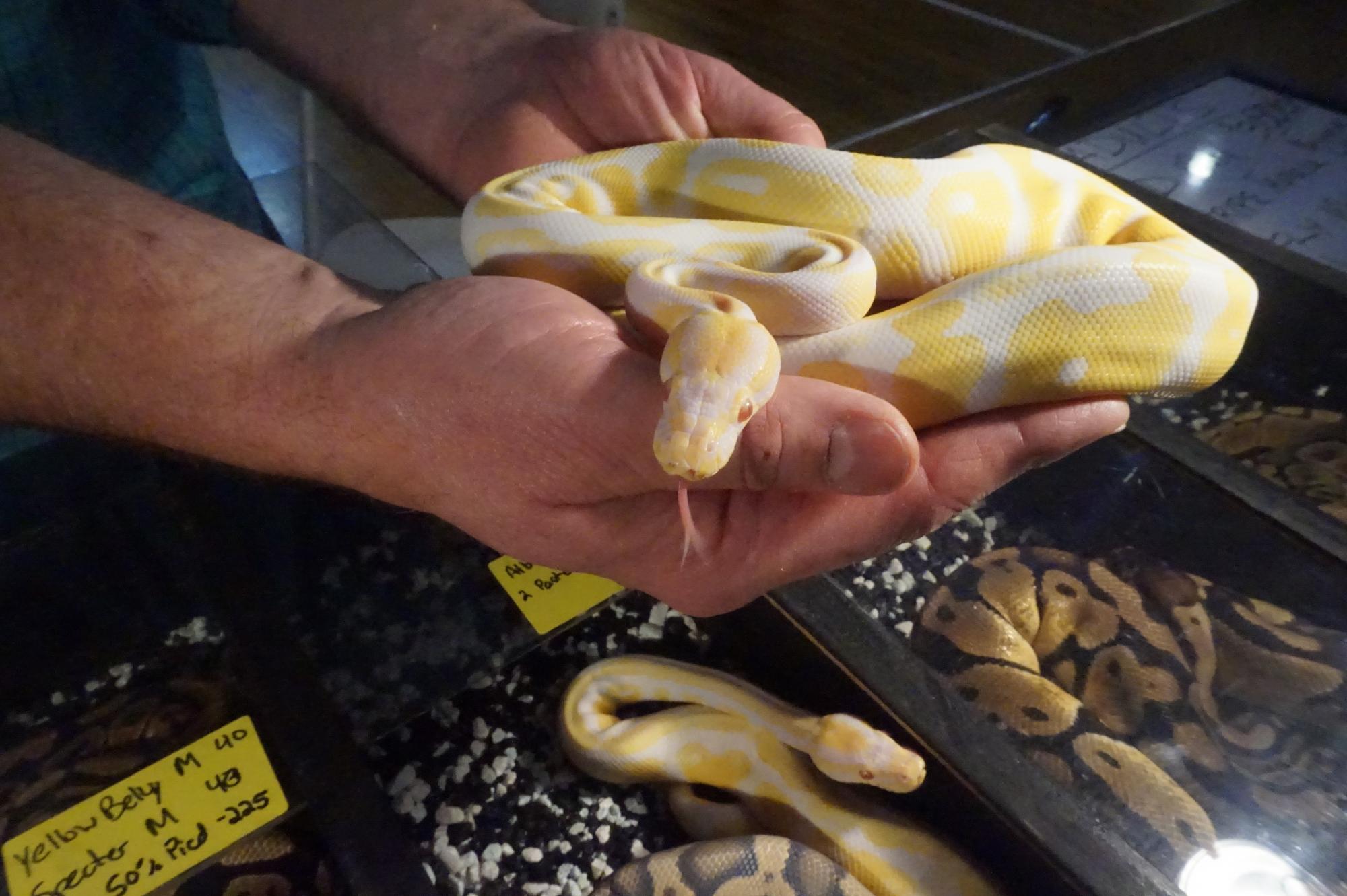 While snakes were clearly the biggest presence, with nearly every vendor offering variety, REXPO played host to a broad range of scaly oddities.

Peter Jeremenko of P&P Reptiles boasted a collection of baby marginated tortoises, each no larger than a coaster.

"We've [Jeremenko and Pat Hawkins] been doing this for about ten years," Jeremenko said. "It's still really just a hobby, we still keep day jobs, but it's something we both love doing."

Jeremenko detailed the variety of tortoises they sell.

"These [marginated tortoises] are really interesting," Jeremenko said. "Some of the ones you see around are these big, giant things that kinda already have a set pattern. But with these babies, they're definitely more affordable, but each one is unique, and by the time they get their full grown 10 to 20 pound size they develop their own patterns."

Aside from the traditional reptilian fair, REXPO offered some interesting installments from local horticulturalists. Larry Nau of Bergen Water Gardens and Nurseries in Churchville, bore a particularly impressive set of carnivorous plants.

"These are Venus Flytraps," Nau said, pointing to an array of sprouts, each ending with a small, hinged mouth. "What's great about these is you don't even have to feed them. They produce a kind of nectar that attracts insects, which will fly right into the mouth."

With only a year in business, Bergen Water Gardens is already planning to expand its business with a self-sustained, on-sight greenhouse, specializing in carnivorous plants, including Venus Flytraps and Pitcher Plants. 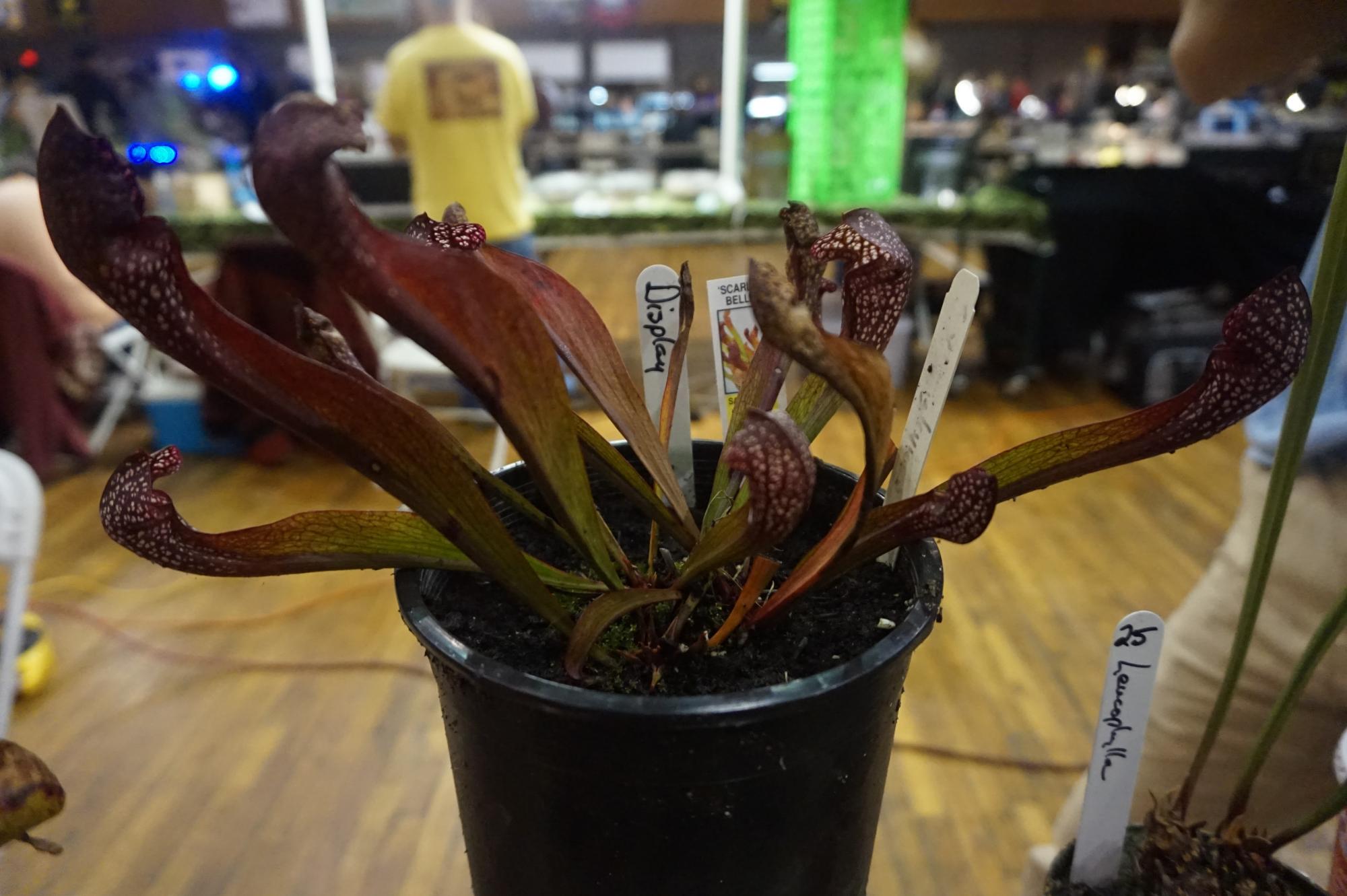 "We're hoping to have that up and running by February," Nau said. "We've really started to see people get really interested in these things, and it's not surprising. There's really no way other way to describe them besides just really cool."

REXPO was a chance to soak in the herpetoculture, a growing industry basking in a truly unique glow. From aquarium to aquarium showing off vibrant scales and patterned shells, it was clear to see two unique fields blending into one; part pet show, part art exhibition.