Considering the fact that students can pursue a degree in Game Design and Development, one can assume that video games are very important to a good portion of the student body at RIT. In that case, it shouldn’t come as a surprise that the Rochester Game Festival would attract a lot of attention from RIT students. The second annual ROC Game Fest was held on Sept. 15, 2018. The event, while it only lasted five hours, drew hundreds of people and introduced them to a game development community they might not have known existed.

Naturally, the Rochester Game Festival wasn’t planned in a day. Months of planning went into making the event a reality. Rob Mostyn, one of the brains behind the festival, was available to answer a few questions about the work that went into the event.

While Mostyn played an important role in the festival, it was not his idea originally. The man who conceived the idea of the Rochester Game Festival was RIT alumnus John Scalzo, now a librarian at the Irondequoit Public Library, which worked with the MAGIC Center to sponsor the event.

Mostyn is a founding member of ROC Game Dev, a group that allowed game developers, students and hobbyists to get together and discuss games. The group started meeting in local areas, but eventually moved to the Irondequoit Public Library to have a more formal meeting spot. That was what introduced Mostyn to Scalzo.

With that, the stage was set. The first festival was held in the Irondequoit Public Library last fall. Planning for this fall’s event began all the way back in the spring. To some, six months might seem like a long time to plan an event like the Game Festival, but Mostyn says that it was a good time to start.

“There is a lot of planning that goes into these type of things. You have to consider the space; where are you going to hold the event? We had over 500 attendees at the event ... and we had to cap how many game developers we allowed ... and we had to turn people away. So we quickly realized that we needed to find a larger space ... [and] one of the things this year was ‘how soon do we look for space?’ because spaces on RIT’s campus fill up pretty quick.”

That push for a larger space definitely worked to the festival’s benefit. The event was held in the Gene Polisseni Center this year. The size of the venue helped to accommodate all of the exhibitors. 40 exhibitors had their games on display; nearly twice as many as last year. 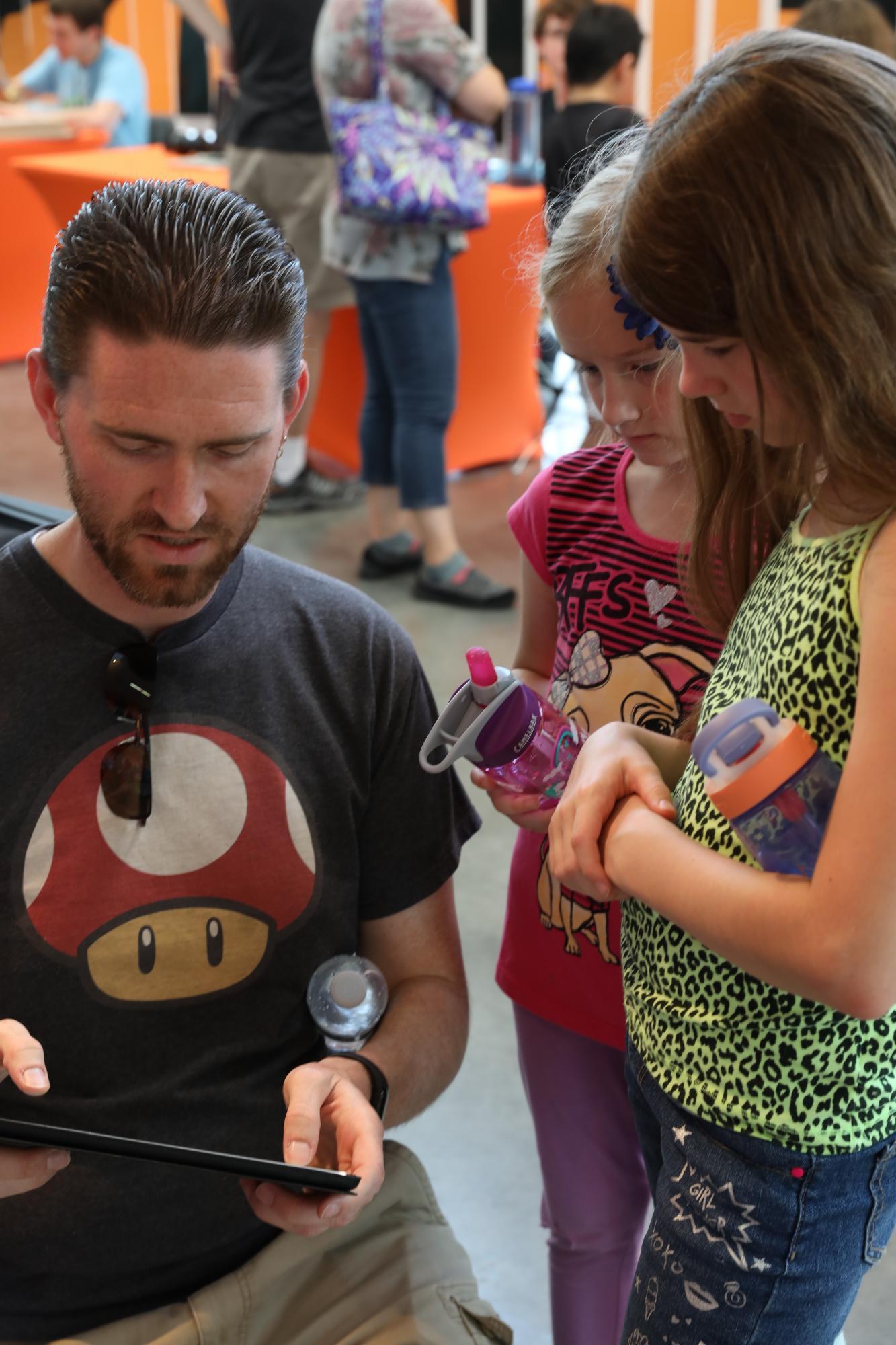 The six months of preparation all led up to the afternoon of Saturday, Sept. 15. From noon to five, the public was permitted to come and go as they pleased to see and test the assortment of board games and video games that were being exhibited that day. The complete list of games that were on display is available on the ROC Game Fest website.

This year’s ROC Game Fest was most definitely a success. Regarding his hopes for the outcome of this year’s festival Mostyn said, “We went up to about 40 exhibitors, a bigger space. I’m hoping we get more than 500 attendees.”

And indeed they did. After the event, the RIT MAGIC Center Twitter account announced that 1,045 people attended the event. With how much the festival grew compared to last year, one can only hope that the trend continues in following years. In reference to an interview with Scalzo from last year, Mostyn was asked if he hoped the ROC Game Fest could grow to be like Pax or E3 — immense gaming conferences that happen annually.

“I would love to see this turning into a large festival,” he said. “Like a two day festival — showcasing games across New York. Games that are being made in New York, as well as the studios that are in New York, and the student work as well. That’s my personal high-in-the-sky idea.”

In time, the Rochester Game Festival could potentially become that big, and people like Mostyn can only hope that it does. The bigger the festival grows, the more games can be exhibited, and the more local gamers can learn about the things they love that are being made in the place that they call home.