On April 11, 2019, the curtains will open in the Robert F. Panara Theatre for the NTID Performing Arts production of "Fences." In the meantime, a lot of work is being done behind those curtains by the cast and crew alike. From translating lines to tackling diversity discussions, show prep is in full swing.

“We are unique, and we are an incredible contributor to Deaf cultural history. Many of the programs, many of the productions that we do here are the first time that the script has been translated into American Sign Language and performed by deaf performers, as opposed to just interpreted,” Dr. Luane Davis Haggerty, the director of the upcoming NTID Performing Arts show, explained.

Scripts for NTID productions are formatted to accommodate both deaf and hearing cast members. Each page bears columns containing line numbers, character names, the English script and what Haggerty referred to as an “ASL gloss.”

“It’s not a translation,” Haggerty said. “It’s structural — it shows some of the structural features of ASL and gives suggestions for the beginning of a translation ... It’s a shortcut.”

Other script translations into ASL employ alternate methods, like including videos of each line being signed. According to Haggerty, writing the gloss saves time by allowing her to incorporate subtext matching her onstage directions and character blocking.

Productions begin with script translations, but a lot more effort goes into making them accessible even before actors are taken into account. Backstage at the Panara Theatre, the headsets usually worn by stage technicians are nowhere to be found during NTID shows. Instead, they make use of TV monitors, allowing the stage manager to oversee and communicate with different rooms.

“And if you’ve ever been backstage in a Deaf production, I know the first response a lot of hearing people have is ‘why don’t we all learn sign?’ It’s so much easier. You can scream at each other across stage and no one sees it, no one hears you. So it’s actually more efficient than headsets,” Haggerty said. 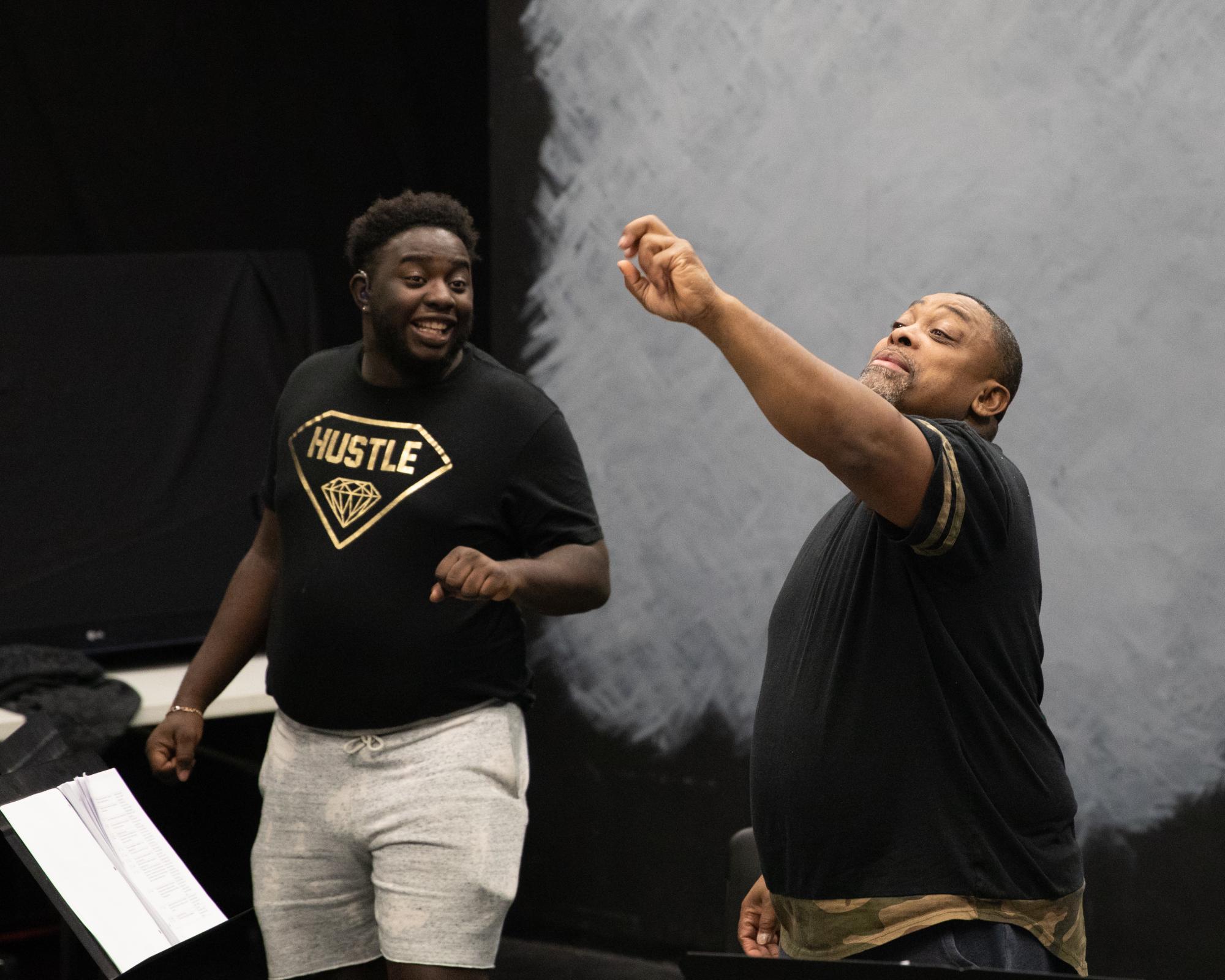 When it comes to adapting productions, some changes are specific to the show being performed. NTID's adaptation of August Wilson’s "Fences" is set in 1950s Pittsburgh and follows former baseball player Troy Maxson and his family.

In the typical NTID fashion, the deaf and hearing actors will sign and speak lines simultaneously. Voice actors will be positioned on the sides of the set while the deaf actors perform on center stage. Although most of the English script is identical to the official published version, one scene involving a phone call has been reworked so that a neighbor takes the call, rather than a main character.

“We haven’t [had] very many shows that really feature people of color, and to have people of color who are deaf performing? This is a huge opportunity for us, for people of color to come and see and support and relate to what’s going on onstage. This is not a standard play — this is a very deep play,” Holmes signed.

“From my perspective, what I can see, people out of the people of color community — the POC community — they start to feel like ‘I don’t know if I should go and participate, I don’t know if I should be a part of this, I don’t want to confront them, are they going to look at me?’” Hunter signed. “But here, this is a nice opportunity to show you can do it. You can. Step out. Skin color isn’t that important. Come. If you feel awkward, you’ll never know if you’ll succeed or not. You need to be able to break free, you have to try and then you’ll know from there on.”

"It's not just the artistic experience; it's a political experience, it's an identity experience."

Haggerty also spoke about the concerns that surround directing a production that deals so heavily with race, especially on a college campus.

“It’s not just the artistic experience; it’s a political experience, it’s an identity experience. It’s an experience where [college audiences] are not just watching the play and having a catharsis and learning from it. In some way they’re also judging these people and these characters and this situation,” she said.

She readily acknowledged her biases and boundaries as a white director and has encouraged both informal conversations and professional discourse about her involvement in the production.

“I think the best way that I can approach it is strongly collaborative with an awareness that I have limitations, so I’m going to need other people to contribute to be sure that this is the best production possible,” she concluded.

Among those collaborators are a number of RIT staff and faculty members in the Black and Deaf communities. She has also spoken with August Wilson’s wife.

This theme of collaboration was expanded on by Troy Chapman, an RIT '00 alum, who plays Jim Bono.

“How voice [actors] work with deaf actors, how a deaf actor works with hearing/voice [actors], how to build a bridge, a better relationship ... That’s a big thing,” Chapman said.

Haggerty agreed. “The bridge between cultures — Deaf, hearing, Black, White — it’s like a physical representation of how we may be able to connect. Art’s very strong for that.”

“The bridge between cultures — Deaf, hearing, Black, White — it’s like a physical representation of how we may be able to connect."

Community bridges, like theatrical productions, don’t come together overnight. But as rehearsals move forward, NTID’s Performing Arts program is working to build both a little more each day.