Nestled away on a 21 acre parcel of land on an unassuming street in Pittsford, N.Y. sits a beautiful cobblestone house. To the average passerby, this is just another beautiful old farm house, but to the RIT community this residence, known as Liberty Hill, is home to a couple we are all familiar with: RIT President Dr. Bill Destler and his wife Dr. Rebecca Johnson.

Liberty Hill, or Liberty Hill Farm as it was originally called, was constructed in 1839 by the Hanks family. The family maintained the land until 1919 when it was sold to Frank W. Lovejoy Sr. of Eastman Kodak. Liberty Hill stayed in the Lovejoy family until 1979 when it was donated to RIT by Lovejoy’s son, Frank Lovejoy Jr., and his wife Lynn Lovejoy, in honor of the university’s 150 anniversary. Since RIT’s seventh president Dr. M. Richard Rose and his wife first took up residence at Liberty Hill, the property has been referred to as the RIT president’s house.

Photographer William Ingalls and I arrived at Liberty Hill as the sun was setting. We were immediately presented with a unique challenge: the house had three front doors, one on the original cobblestone home, and two more on an addition immediately to the left. We took our best guess and ended up choosing the wrong door. Ingalls and I were soon greeted by a smiling Johnson who ushered us towards the correct entrance and towards shelter from the cold December evening.

Just walking into Liberty Hill gives one a sense of the history of the home. The original sections of the house are decorated in very formal furnishings with banjos decorating most of the free wall space. President Destler, who was just inside the foyer, and Johnson lead us through the original center-hall colonial portion of the house to a cozy sitting area towards the back. 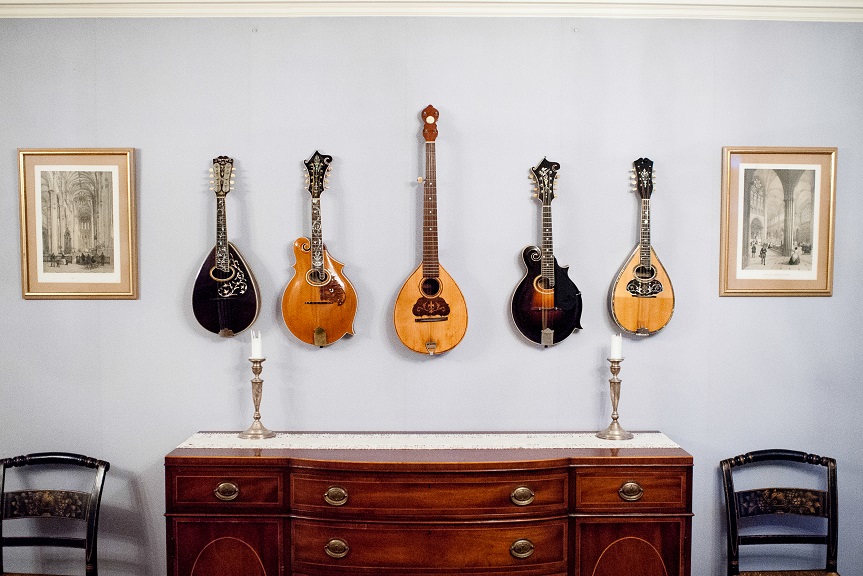 A Day In The Life

Liberty Hill is a far cry from the California–modern style residence Johnson and President Destler called home when they lived in Maryland before their arrival at RIT in 2007. One advantage to the move is that Liberty Hill provides a great venue for President Destler to showcase his collection of antique banjos. “[Our last home] wasn’t as big, the banjos are much happier here. They had to share a space with the cat litter,” said Johnson as President Destler chuckled.

While Liberty Hill was originally a small cobblestone farm house, it has been added on to twice according to Johnson. “They extended the house that way, there’s a whole separate apartment where we live, and this porch was the most recent addition added by President Simone. It really makes the house a nice spot for entertaining big groups of people.” 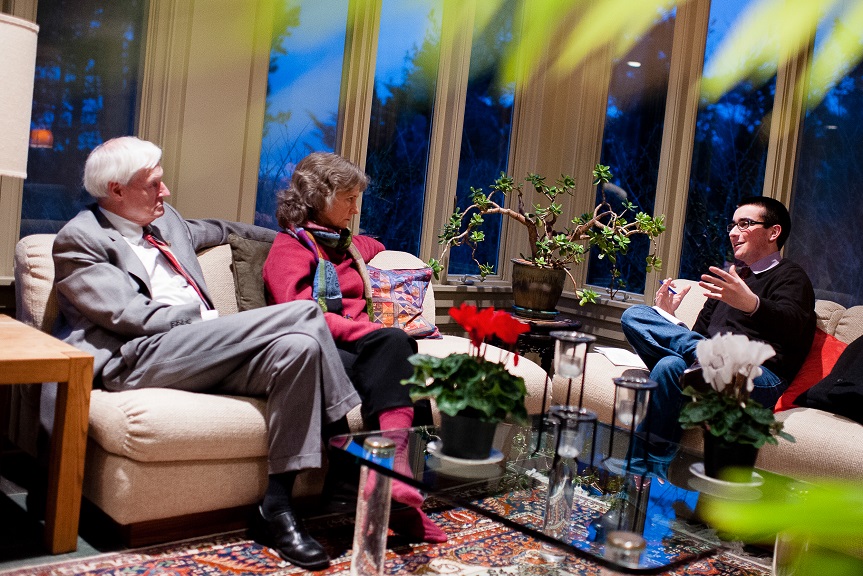 President Destler and Johnson have hosted many guests and organizations during their tenure at Liberty Hill. Some nights they have dinner with another couple, and others they have the entire Residence Life and Orientation staff over. Liberty Hill is the one–and–only home for the couple, so not all guests they host are affiliated with RIT. “We also have kind of a sweet tradition. We moved here from Maryland about seven years ago and in Augusts we spend a week where we have a whole bunch of people up … from Maryland. We use the whole house! People are sleeping in sleeping bags in the dining room; we have a full house.”

Away from the hustle and bustle of the RIT campus where 18,000 people know their names and faces, President Destler and Johnson live a typical suburban lifestyle. According to President Destler, the couple spends the majority of their time in the home on the second floor of the residence, reserving the original, more formal areas of the house for entertaining guests. “It’s easier to reserve this part of the house for more formal entertaining because it’s always ready and we never have to worry that we’ve left debris around. We treat this whole part like a formal living room.” explained Johnson.

Like presidential couples before them, the coupkle has left its mark on Liberty Hill in the process of making it into a home. While President Destler’s banjo décor is one of the more obvious changes in the house, Johnson has worked with RIT-affiliated artists to create a rotating art exhibit.

During President Destler’s time at RIT, the university has taken many steps to be more environmentally friendly. Similarly, President Destler and Johnson have taken numerous measures to make Liberty Hill a greener place to live. Literally one of the largest changes Destler and Johnson have made to the property is the addition of a solar panel array in the backyard. The solar array provides most of the power the home needs. “The house averages over summer and winter something like 60KWhr a day of consumption,” including President Destler’s Chevy Volt, “and I would say our average production from the rig is 40-50[KWhr].”

The two have also been working with the home’s grounds keeper, Hans Witt, to remove exotic plant life from the property in exchange for plant life native to the region since native plant life is an important part of the environmental wellbeing of a biome. 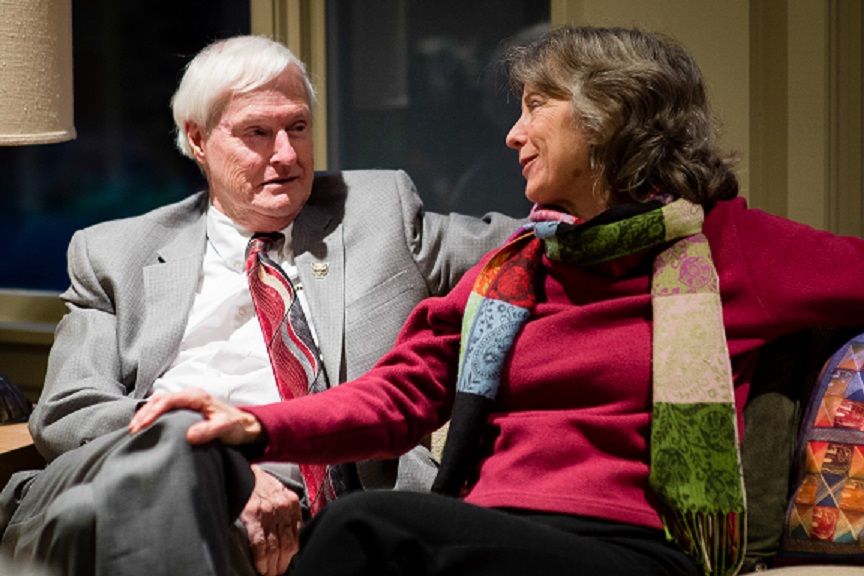 As I was leaving to head back to my car, I turned back to look at the house one more time. Aside from the electric candles illuminating the windows, the original portion of the home was dark. In the addition, above the garage, the private apartment was brightly lit, just a normal couple carrying out their normal lives.