NTID and the Community

Ethan Cole, a second-year applied computer technology student and the NTID Senator on Student Government, poses for a portrait outside the Student Development Center in Henrietta, N.Y. on Dec, 16, 2017. Ethan feels that the RIT community has strong diversity but that deaf access around campus could be improved, especially at dining locations. Photo by Bridget Fetsko

Imagine going to a school where everyone speaks a foreign language. It would be difficult, if even possible, to learn anything. Recognizing the unique needs of the Deaf population, the National Technical Institute for the Deaf (NTID) was created as a place where deaf and hard-of-hearing individuals could obtain an education with the necessary resources to facilitate communication.

As NTID celebrates its 50th anniversary in 2018, now is the time to reflect on its past and the issues and adversity its students still face.

In 1964, the University of Tennessee, Knoxville hosted a workshop on vocational opportunities for the deaf. From that workshop emerged a call for a national institute for the deaf focused on the STEM disciplines.

The cause was taken up by Senator Lister Hill (D-AL) and Representatives Hugh Carey (D-NY) and John Fogarty (D-RI) who proposed NTID bills to both the Senate and the House. Both bills passed unanimously and were signed into law in 1965 by President Lyndon B. Johnson. Carey and President Johnson’s roles in the formation of NTID have been immortalized in buildings for NTID which bear their names.

A national advisory committee was formed to find a university that would host the institution. RIT was chosen because of its experience as a technical school that focused on career preparation; it hada new campus with room for growth; and because of the large Deaf community in Rochester.

Seventy students joined NTID in 1968, with four programs available to them. The first year there was a severe lack of interpreters, who mostly worked on a volunteer basis. The majority were also hearing individuals that grew up in a Deaf household or teachers of the Deaf, with no formal training.

NTID graduated its first class of 54 students in 1971. Over the following years, NTID’s own buildings were built and the program continued to grow. Student advisors and alumni groups were formed. Over the next decades, NTID developed Deaf art and theater, and launched research into Deaf education, hearing and speech.

In 1995, NTID launched a masters of science program in secondary education for deaf and hard-of-hearing students. NTID hired its first deaf dean, T. Alan Hurwitz, in 1998. Hurwitz went on to become the 10th president of Gallaudet University, another university for the Deaf.

In Spring 2016, NTID and cross-registered students launched protests arguing for better communication in the classroom. Deaf and hard-of-hearing students come from a variety of backgrounds and prefer different ways of communicating.

Some deaf people were raised in an oral environment and can understand spoken English through hearing aids, cochlear implants or lip-reading. While spoken language can be difficult to learn without hearing it, some deaf and hard-of-hearing individuals choose to use it. Some deaf people who were raised in an oral environment never learned, or were never offered the opportunity to learn ASL.

Central to the protests was language used in NTID’s strategic plan, which called ASL a “mode of communication,” according to Williamson. ASL is not a way of communicating English; instead it is its own language, with unique grammar and structure. Because of this, it is impossible to accommodate oral-only students by speaking and signing simultaneously.

“It’s like me trying to speak English and Spanish at the same time,” Williamson said.

Williamson explained that the protests demanded services for oral-only students, who were struggling in ASL-based classes. Students in that situation could request services only after jumping through bureaucratic hoops, resulting in weeks where the student was unable to comprehend the lessons.

As a result of those protests, NTID students can now request interpreting services for their classrooms in the same manner as cross-registered students. Like any well-meaning movement, unintended consequences have become apparent.

“I have a friend who’s sitting in a class for three hours and there’s no interpreter for the whole semester,” Williamson said. “And they’re saying it’s because of NTID.” 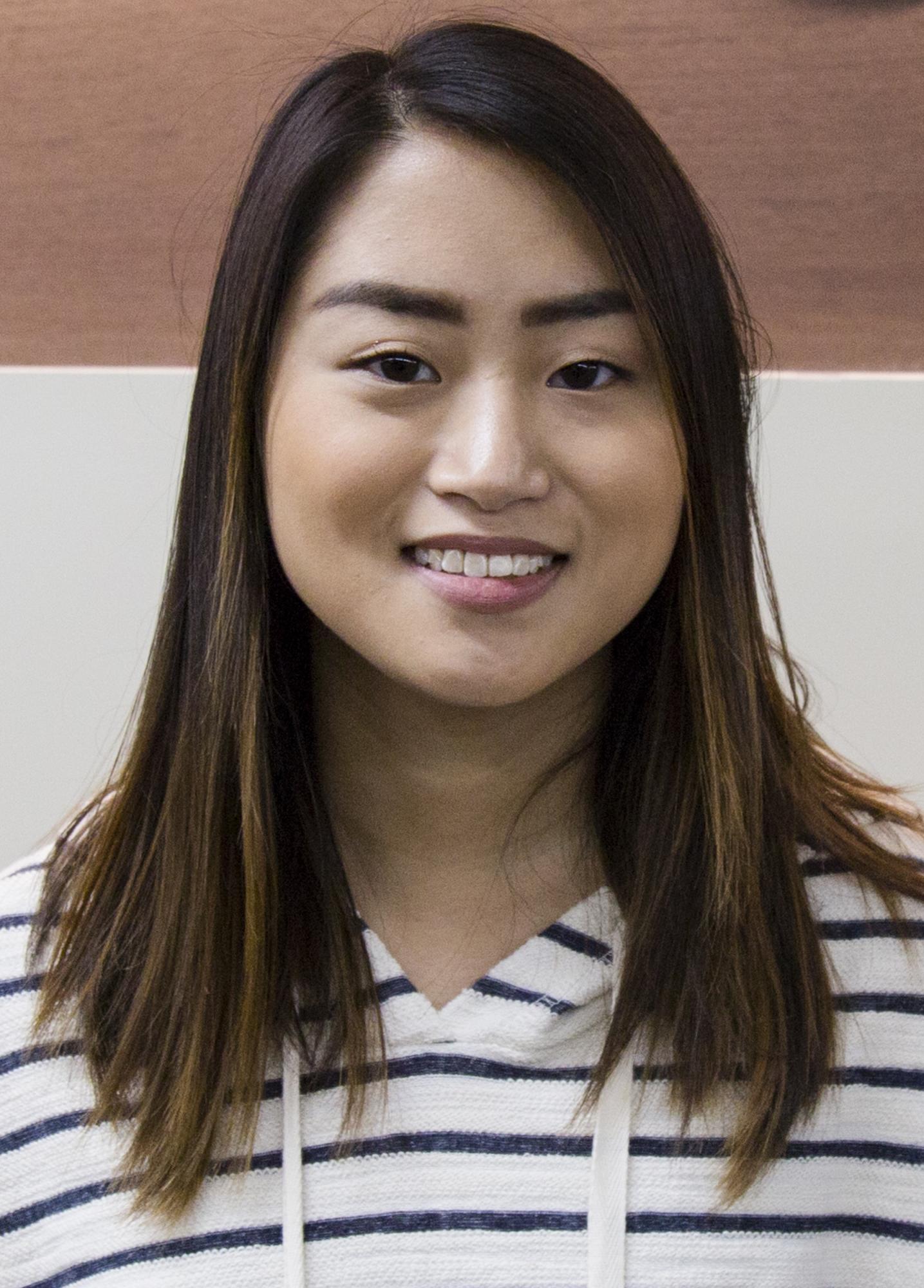 Valerie Horn, the RIT Student Government cross-registered senator and third year Public Policy major, had a different explanation for the lack of interpreters. When NTID needs more interpreters than they have on staff, they will hire freelancers from the RIT community. However, the recent severe lack of parking on campus and odd class times have been a hindrance to those interpreters.

“Freelance interpreters can’t find enough parking, so they prefer not to accept work here,” Horn said through an interpreter.

Interpreters are also ideally placed in a subject that they have some prior experience in, so they know the signs. However, some subjects are harder than others because of the vocabulary used. Words that don’t have signs need to be finger-spelled, which slows down the interpretation and can result in missing parts of the lecture.

The language barrier can also make it difficult to be a part of the larger community.

“Typically, [NTID students] stay in LBJ or at the SDC center because they feel more comfortable in that environment,” Horn said. “If they come to the RIT side, they feel awkward ... they feel like there’s not enough hearing students here that know sign that they can interact with.”

Horn explains that this is especially difficult when a deaf student wants to join a club or organization that is primarily hearing students. Many times, they will be the only deaf or hard-of-hearing student, making them feel uncomfortable and unwelcome if they can’t find anyone to communicate with.

Both Horn and Williamson encourage hearing people to make the effort to communicate with deaf and hard-of-hearing students. Most importantly, they ask to be treated like any other adult.

“By infantilizing us, you’re doing it to yourself too. You're blocking your own ability to understand and grow from it."

“By infantilizing us, you’re doing it to yourself too,” Williamson said. “You’re blocking your own ability to understand and grow from it and you put us in an awkward position because we don’t feel like correcting you ... By doing that we can’t connect.”

Becoming an Ally to the Deaf

“Coming here, I felt more empowered to not obligate myself to accommodate to hearing people, generally,” Williamson said.

Williamson and Horn both urge students unfamiliar with ASL to learn at least basic, everyday signs. A club called hosts meetings to teach sign to students at every level. Horn is trying to expand access to sign language tutors by implementing a program called “ASL Ambassadors.”

ASL Ambassadors would be volunteers stationed around campus at different times with shirts indicating that they are available to help teach ASL. Horn hopes the increase in availability of ASL teachers will encourage more students to learn.

“If hearing students can open up their minds to learning just a few words, that could help as well,” Horn said.

There are other ways to communicate besides using sign language. If a language barrier exists, it’s common to write in English, either on paper or on phones. This does take time, but it’s important for communication to happen for integration to take place.

Timeliness is especially a problem when it comes to ordering food. Both Williamson and Horn related experiences where people in line would be irritated that they were taking longer to order due to the communication barrier.

Horn recalled one incident where she was speaking an order, but it wasn’t being understood. Another student stepped in and helped communication take place. Horn cites this as an example of being an ally to the Deaf.

A common problem cross-registered students face is working with hearing students on group projects. When scheduling meetings outside of class times, these need to be communicated clearly to the student. Interpreters need to be scheduled 24 hours in advance, so if one is needed those plans need to be made ahead of time.

Williamson urged that just because there is a communication barrier doesn’t mean that the person is any less capable. Deaf people don’t need to be coddled or pitied, they just need to be accommodated.

“Look at me beyond being a deaf person, look at me as Sami,” Williamson said. “Why should we label people other than who we are, not what we are?”

Modern American Sign Language began in the early 1800s with Thomas Gallaudet. On a quest to help educate his deaf daughter, Alice, Gallaudet travelled to Europe and met Laurent Clerc, an established Deaf educator. Together, they formed the first free public school for the Deaf in America. Students came from small Deaf communities across the country with their own set of signs. Those, combined with the French sign that Clerc knew, formed the basis of ASL.

ASL is a unique language. It does away with unnecessary words like articles (a, an, the) or "be" words (am, are, is, etc ...). Most words do not have past and future tenses. Instead signs for past and future are used to indicate when something happened or will happen. The word order is also usually different than English, typically starting with the object, rather than the subject.

A signer’s face also plays an important role in communication. In spoken English, tone is conveyed through the raising and lowering of voice. In ASL, this intonation comes out in the face. For example, when asking a question, the brows are furrowed in a quizzical manner.

To learn more about ASL, take an ASL course or visit No Voice Zone at 10 p.m. on Wednesdays.