In the four to five years that a typical student might spend on campus, it’s very difficult not to get bored with the few places to eat on campus. Dining Services does an admirable job of providing variety and quality food for students, but there is only so much that they can be expected to do.

However, there is another option that hides on campus. On the fourth floor of George Eastman Hall, there lies an eatery that few students have ever heard of: Henry’s Restaurant. 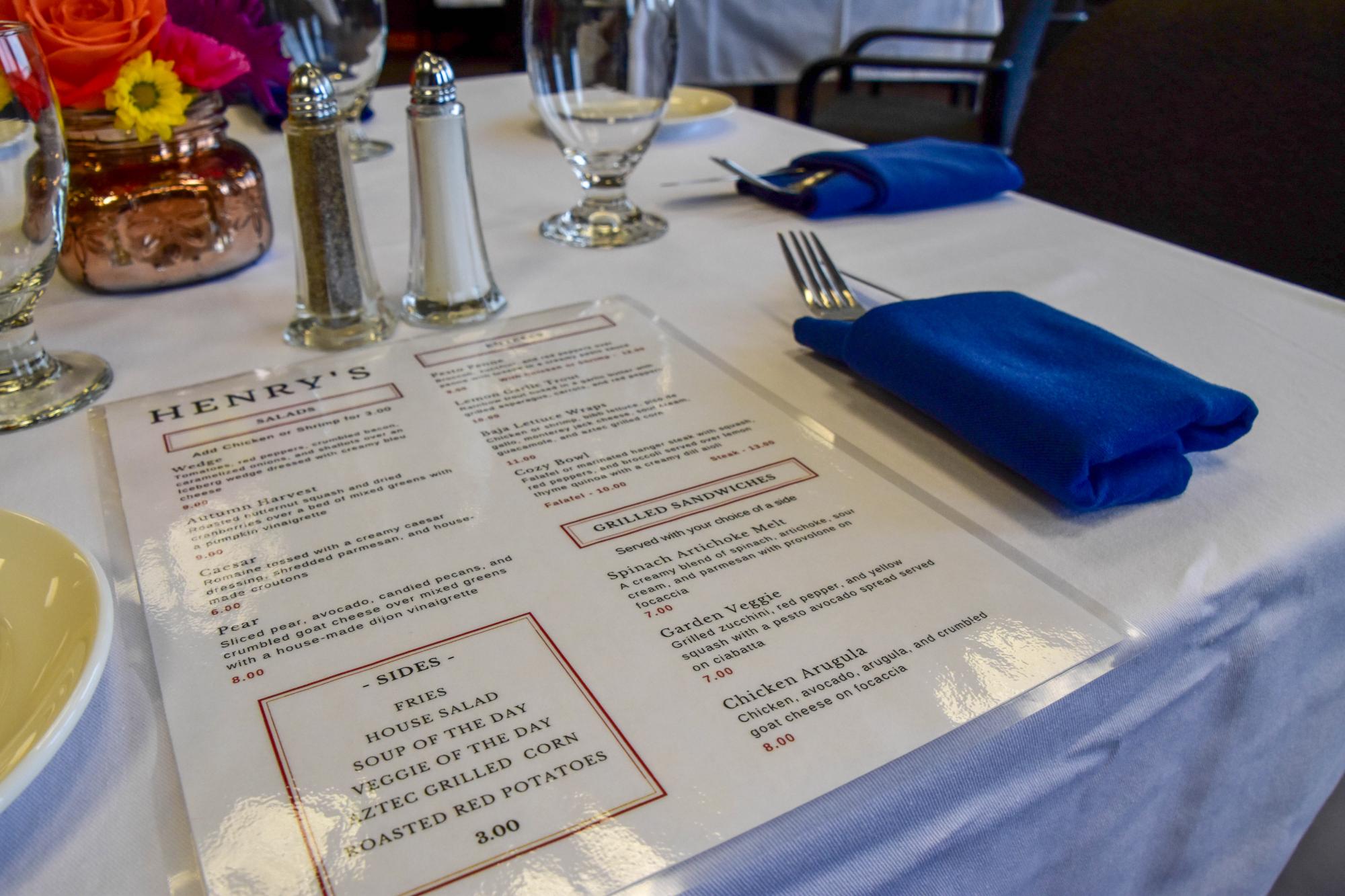 A kitchen run by students for a lab course, Henry’s provides a constantly-changing menu and some much-needed variety in campus cuisine for both students and staff.

Henry’s is able to accommodate up to 60 diners when the restaurant is open and the lab is in session, which is from October to November. While they suggest making reservations, it’s normally acceptable to show up any time during their operating hours.

These hours are often short — only a couple of hours twice per week. This is because Henry’s is not a regular job; it’s not a job at all.

As stated earlier, Henry’s is the result of a lab course, instructed by Edward Ganster, professor in hospitality.

“I teach the Food and Beverage Operations [course], which is the course for Henry’s Restaurant,” he said. “[It’s] really a straight lab class, where lab is running the restaurant.”

A required course for hospitality students, the lab teaches the practical side of managing a restaurant — but there’s more to it than that.

The restaurant is quite serious about its authenticity, even being allowed to serve alcohol to students and faculty alike.

“The room actually has a dual liquor license, one for the public for serving out of the restaurant, and an educational one,” Ganster said.

This, in practice, allows for certain classes to give responsible amounts of wine to underage students for educational purposes. Despite being a required course, many students actively enjoy the real-world serving elements that Henry’s provides.

Kelly Hogan, fifth year Hospitality and Tourism major, is a student who has worked with Ganster.

Having transferred into the program to specialize in event management, serving and cooking at a restaurant wasn’t exactly her cup of tea. But it was a required course, so she took it. She ended up enjoying it, finding the versified experience quite similar to one found in the workplace.

“It makes so much sense to have this class because it verses you on everything you need to know for food and beverage,” Hogan said. “I liked it a lot, because you get to do all the aspects.”

In her time at Henry’s, she managed to develop the menu and was able to work a variety of different jobs.

The class functions very much like a job in regards to the work environment, something Hogan wasn’t exactly expecting, but turned out in her favor.

“You get to work with so many different people, and it really teaches you conflict management,” Hogan explained.

Henry's isn't a big kitchen, only made up of one main room with close quarters for working spaces. Hogan explained that this environment lent itself to tension, as the many students each had a different work ethic.

The class in general also has a unique structure, as described by Hogan.

“How it's set up is a little weird. For the first few weeks you set up the restaurant, you develop the menu and then you work the restaurant for probably five or six weeks, and the last like, week or two, you close down the kitchen,” she said.

This short time frame where the restaurant is open is necessary due to the format of the class, but creates a lot of issues for getting the word out to students. 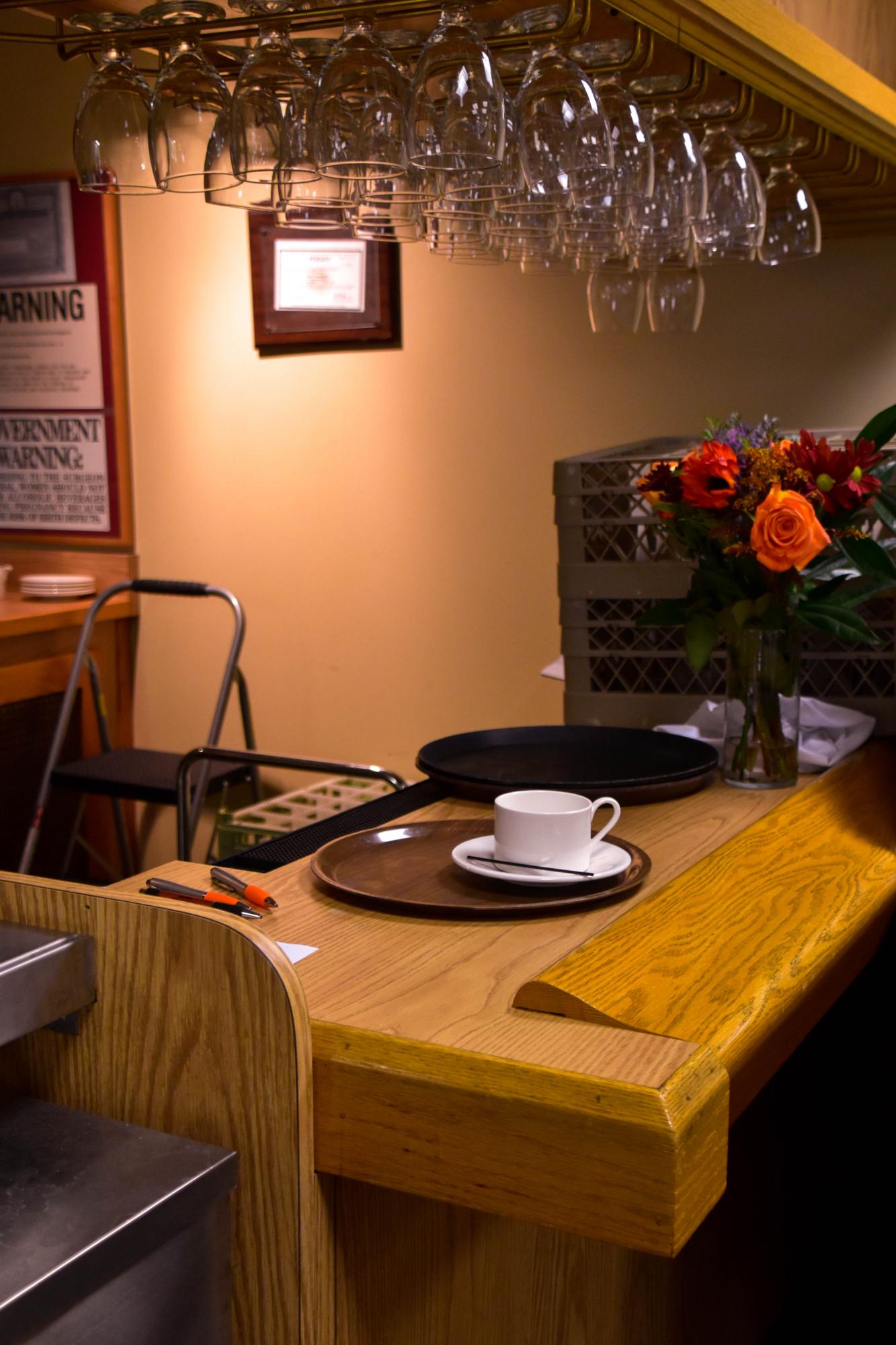 Where are the Students?

When asked how many students actually know about Henry’s and what they do, Hogan's response was short.

The hard part about opening for only a few weeks in the fall is that it’s difficult to market and get it out to the student body. There have been attempts to spread the word on Message Center for students, but Hogan believed that an invigorated focus on advertising might help the lab.

“Ideally, it would be better to run it as a full-year class, or do it as two sections,” stated Hogan. “Unfortunately, since the department is so small, it’s difficult to do that.”

Of those who do know about Henry’s existence, few of them are students. Usually the restaurant has between 30 and 40 people during the hours of its operation. Of these, most are faculty or staff. It's definitely worth it to check it out next semester if you have the chance.

Hogan explained, “It’s very good food. We work to make it the best quality food we can, but also in a low price range for students.”

According to Hogan, it’s a sit-down meal you don’t really get around campus. But, this is not the only reason to support Henry’s.

“It’s kind of corny, but you’re supporting other students and their learning ... it’s interesting to see other facets of RIT," Hogan added.

Whether you’re sick of the "same old, same old," or just want a break and some good food, Henry's is an excellent choice if you get the chance.